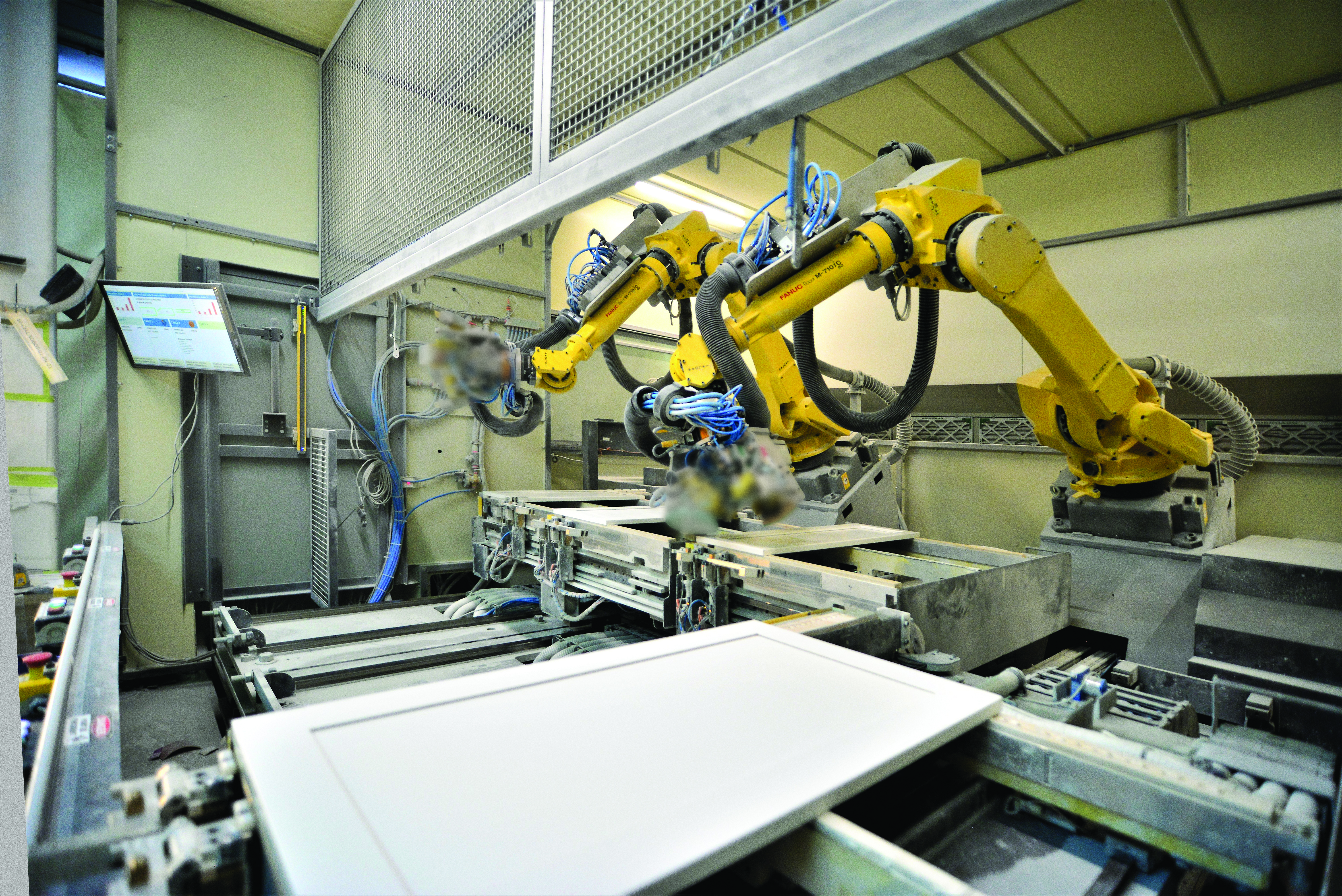 Miralis already has three five-axis robots operating at its plant, with two more in the process of being implemented.

MISSISSAUGA, Ontario - Daniel Drapeau, president and CEO of Miralis, a manufacturer of contemporary kitchen cabinets based in St.-Anaclet, Quebec, will chronicle his company’s amazing transformation from producing wood components to investing in robots and other cutting-edge technologies to manufacture contemporary kitchen cabinets at the Woodworking Machinery & Supply Conference & Expo (WMS).

Drapeau will present the WMS luncheon keynote at noon Friday Nov. 1, on the topic, “A Leap of Faith: How Bold Decisions Can Make All the Difference.”  The Keynote luncheon is sponsored by Homag Canada. 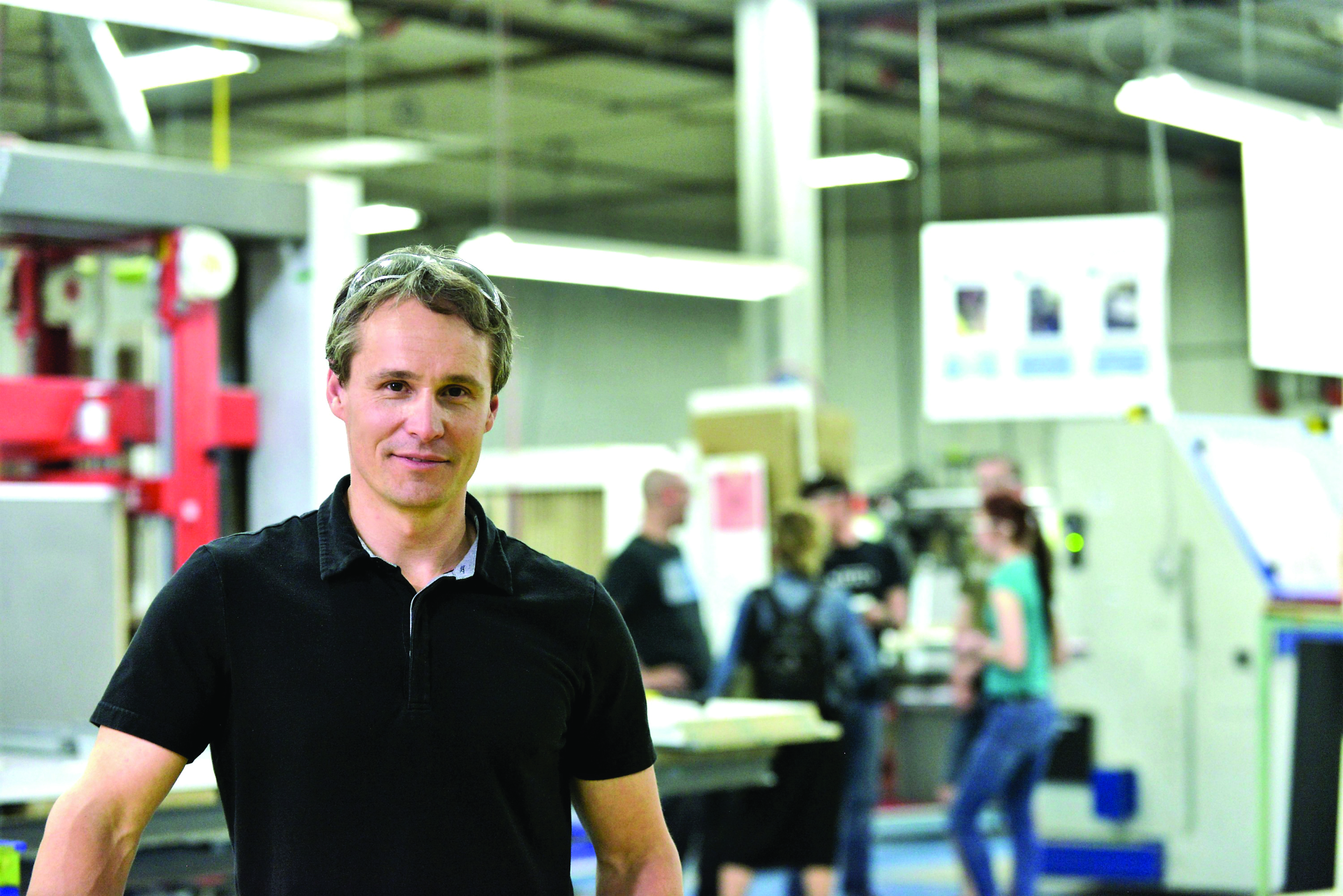 “I want to explain to the audience that sometimes you have to trust your gut to improve your business. Even though making changes might be risky, doing nothing can be even more risky,” said Drapeau, who was working in the telecommunications industry before joining Miralis in 2007. ”I know for a fact if we had not done most of the moves we made, we would not be alive anymore. The company would have died. The debt was too high, the economy was bad and this industry is very competitive so you have to differentiate yourself. That is one of the messages that I will share.”

Taking leaps of faith
In 2009, amid the global recession, Drapeau and four fellow employees, purchased Miralis. “That was our first leap of faith because while the business was good the economy was bad. We knew it had to be reinvented in some ways. The business was focused on manufacturing wood components for cabinetmakers but we decided there was not much room for innovation selling raw components. So, we took another leap of faith. We made the decision to switch the core of our business 180 degrees by transitioning from being a component supplier to becoming a trendy European-style kitchen cabinet manufacturer.”

Since making that conversion, Miralis has rode a long wave of growth and earned recognition by Deloitte as one of Canada's Best Managed Companies. Annual sales have increased five-fold and staffing has grown from 120 to 300 employees. Drapeau noted that substantial investments in technology and attention to branding have factored into the company’s success.

“We worked a lot on branding,” Drapeau said. There was no branding at all when we were a component business. We created the branding for our kitchen cabinet business, including working with kitchen cabinet influencers and TV shows. Now we also have billboards and things like that.”

Miralis is in the process of adopting Industry 4.0 throughout its operations. The company earmarks more than $2 million a year for new machinery and robotics, Drapeau said.

“Several years ago, we went to Europe and visited both wood and non-wood factories to see how robots are used,” Drapeau said. “We now have three 5-axis robots and are in the process of adding two more. In five years, we want to have 20 of those robots,” Drapeau said.

Two of the robots currently in use perform random orbital sanding, particularly for basecoats, of cabinet doors, including five-piece doors, Drapeau said. “Three years ago, we had 12 people sanding doors and now we only have two working alongside the robots.”

“We are preparing for the future,” Drapeau added about taking the leap of faith into robotics. “Right now, for the short term, we don’t necessarily need to do this. But for the future I believe that it will be needed and it is good to start now. It is really tough to program those robots and create all of the mechanics around them to be able to do what humans are doing. At the same time those people that the robots replace are being moved to other positions of the plant where the work is much more fun for them.” 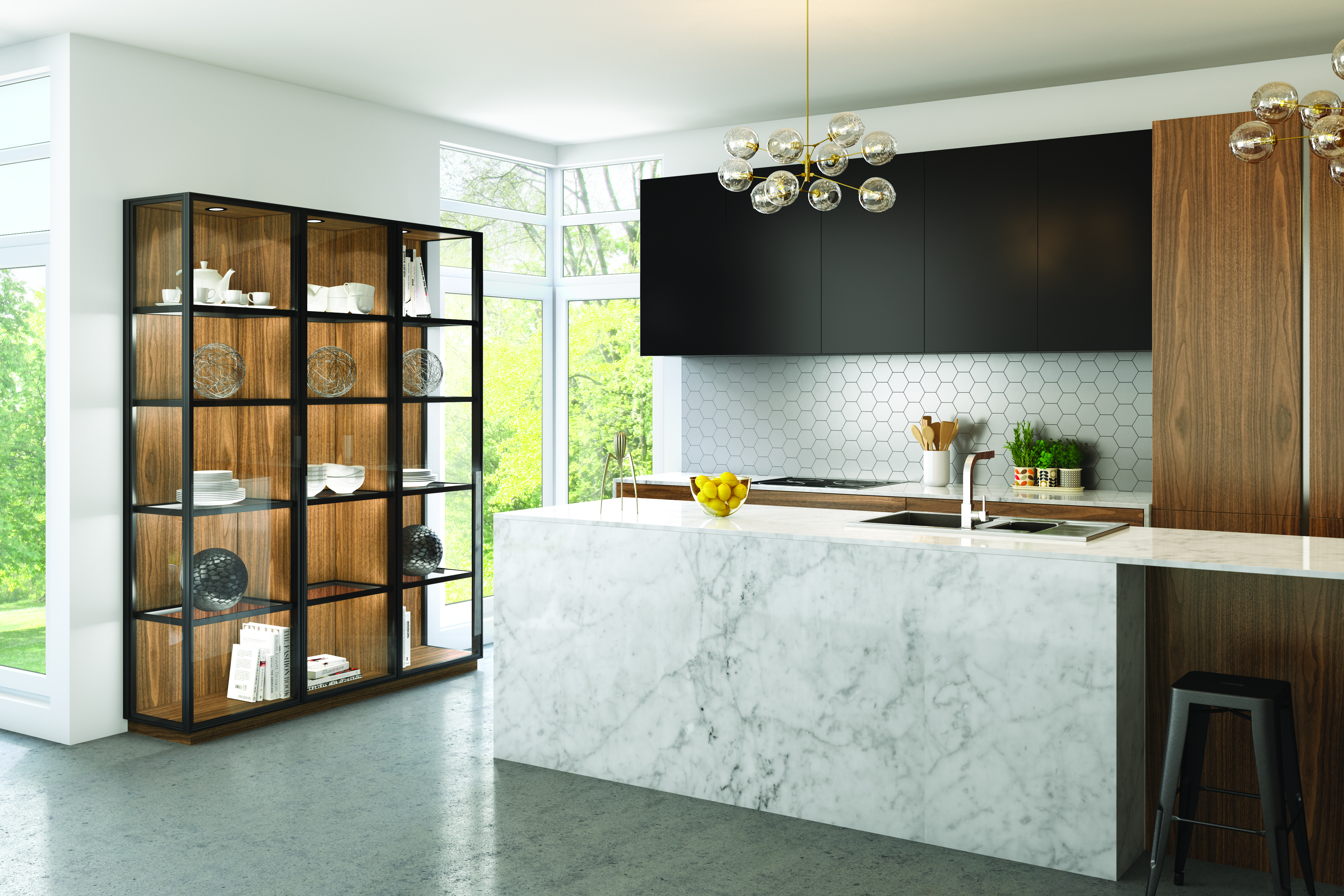 Drapeau said it was a personal leap of faith to leave a good career in telecommunications to join the woodworking industry. “I am an engineer but I knew nothing about the woodworking industry,” Drapeau said. “But coming to work with Miralis was a chance to come back home and to become an entrepreneur. As an engineer I like to learn and change things for the better. It was a challenging career move, but I have found it to be very satisfying as well.”

In addition to WMS 2019 and SIBO 2020, CCI Media produces Wood Pro Expo Texas and the Cabinets & Closets Conference & Expo, both of which will be co-located March 11-13,  2020, at the Arlington Convention Center in Arlington, Texas. The company also produces Wood Pro Expo Lancaster 2019, to be held October 17-18, at Warehouse at the Nook, Manheim, Pa., and the Executive Briefing Conference, November 8-10, 2020, at The Broadmoor in Colorado Springs, Colo.