We’ve seen CNC technology become ever more accessible regardless of the size of the shop, with benchtop CNC routers becoming more robust, and CNC technology in general becoming more affordable. But in late 2016, a new product brought that technology to the hand-held router. Shaper Origin by Shaper Tools Inc. won the AWFS Visionary Award for Productivity and Product Innovation in Power Tools.
Now Shaper Origin is also a 2018 IWF Challengers Award recipient.
[[{"type":"media","view_mode":"media_original","fid":"101991","attributes":{"alt":"","class":"media-image","typeof":"foaf:Image"}}]]
It is a hand-held router that can be steered by a smart-phone sized guidance system. The user guides the router's cursor within a general guide shown on the display, and the system keeps the cutting head precisely on track, cutting even and consistent curves, engraving patterns and logos, and executing other precision cuts. 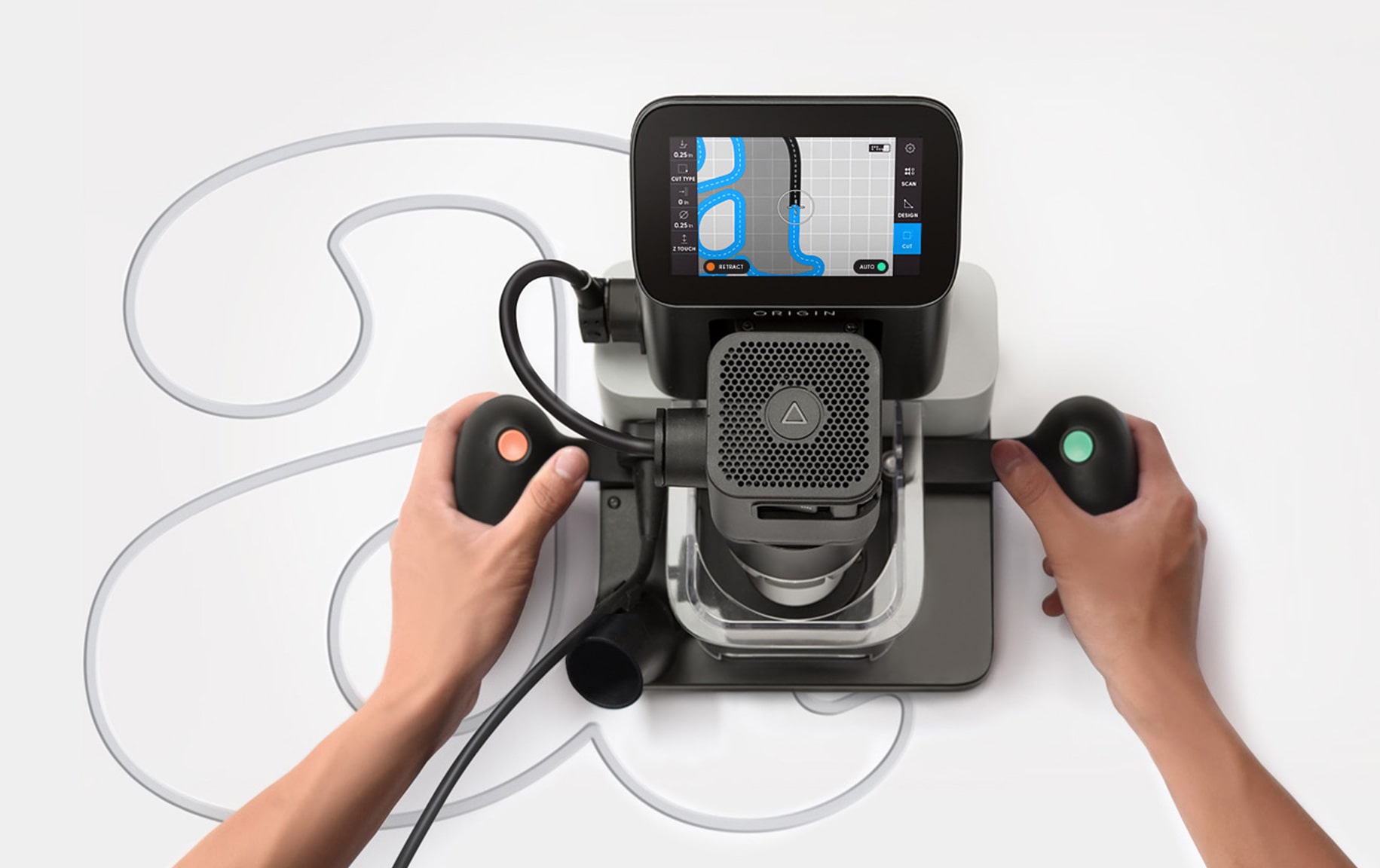 Origin uses a visual marker system to orient itself with the workpiece. Shaper tape is applied around the area to be cut. Origin then scans the surface and generates a map. The system detects what you want to cut, watching the workpiece to stay aligned with the plan. Precision motors constantly fine-tune the spindle's position as you follow the design.
If you move too far off course, the blade automatically retracts.
A large array of downloadable designs and templates can be found online at the ShaperHub library.
The Shaper Origin started out as a development project by Alec Rivers and Ilan Moyer. Rivers was an MIT grad student who tried to cut picture frame components and found the hand-held router difficult to control consistently. He spliced a smartphone to a DeWalt router and created a solution.
Orders for the handheld CNC are not being taken at the moment, but those interested can be notified when more are available.