RTA-C stands for Ready To Assemble – Commercial. An example would be Lockdowel's barbed channel lock that utilizes the company's E Clips technology.

The exhibits at the recent IWF 2018 were spectacular and attendees were likely overwhelmed with new ideas and opportunities.  One emerging trend I noted on the show floor is the shift to mechanical fasteners from traditional joinery and assembly methods.  At first I wondered how this made sense, even though other countries have made the transition some time ago.

Most of the people I spoke to at IWF suggested that there might be situations where a mechanical fastener would work but by and large their assembly methods were just fine the way they were.  What then was it that caused me to obsess about this idea?

And then it hit me, this shift is not about the factory, it’s about the client experience. On one end are the traditional methods of assembly/pack/ship and on the other is RTA.  What I propose is that there is now a third, emerging category that I call RTA-C (working title). RTA-C stands for Ready To Assemble – Commercial.

Regardless of what we choose to call it there will be a change.

For decades cabinets have been made by various methods in a factory where the parts are routed to the assembly department where they are assembled, packed and shipped on a truck to a warehouse or consumer.  Note: In every case the truck is full of cabinets way before it has exceeded its weight capacity.  Once at the destination the cabinets are unloaded.  Keep in mind that both the loading and unloading is done by hand – one cabinet at a time!   When the cabinets (or cartons of cabinets) reach their final destination they are again moved by hand to a marshaling area or to their final position, unpacked and installed.

Some years ago the idea of RTA or “ready to assemble” hit the market.  The promise was that anyone could take a box of parts home and assemble their furniture in a matter of minutes without any experience at all.  In many cases this promise came true, but in most it fell far short of perfection. I witnessed this unmet expectation while watching the incoming class of freshman at my granddaughter’s college. The legions of hapless parents attempting to assemble furniture in dorm rooms were testimony to the problem of RTA as it relates to the average consumer.  Not the least of which was the image of young people struggling to lift boxes of particleboard up the stairs to their apartments.

I propose that there is room for a third category.  My idea is that we embrace the benefits of RTA but introduce a new process to bring skill and experience to bear when assembling the product at its destination.  Because we are primarily interested in the commercial aspects of the idea I offer the following comparison.

Let’s create a scenario that involves a commercial installation of cabinets at a school, hospital or office building.  In the current model the parts are manufactured and the cases assembled at the factory. Sometimes they are put in a carton and often packed in such a way as to protect the box on its’ journey to the jobsite.   At this point the (heavy) cabinet is loaded by hand using perfunctory aids such as two-wheeled hand trucks, etc.   As often as not, the cabinet has to be lifted by hand.   As mentioned earlier the truck goes down the road without ever being fully loaded, by weight.  At the jobsite the same manual methods are involved and the boxes are moved to their next location.  At this point the protective coverings can be removed and disposed off.  Note: This is not a small issue, especially given the difficulty of managing trash in many cities and municipalities, not to mention the labor.  Eventually the cabinets are installed.

Compare this with a scenario using an RTA-C process. The same factory produces the parts but instead of going to the assembly department they are flat packed on a skid, properly identified and with the assembly fasteners installed.  The skids of parts are transported by forklift or pallet jack to the truck.   For the sake of this article, let’s say there are 10 cabinets on each skid.  The floor of the truck is now full and the heavily weighted truck transports our cabinet parts to the jobsite.  The truck is unloaded using the method available, but certainly not by hand.   The properly identified pallets are positioned near their final destination and a qualified, experienced installer assembles the cabinet and finishes the installation.   What little trash there was is sent to the dumpster and the skids piled up and recycled.

In either scenario the installation looks and operates in exactly the same manner.  The client is assured that the product that they ordered is fully functional and attractive. The manufacturer and the client both have benefitted from an RTA-C process.

It should also be noted that the “some assembly required” component in this idea is not the same, frustrating experience of the past.  I remember well the RTA product of the past with its complicated instructions and little bags of hardware.  Today’s assembly hardware will not require any tools or talent.  Assembling cabinets on site will only require an individual capable of putting part “A” together with “B” and pressing the two together.  The cabinet has no other choice than becoming a square and dimensionally accurate assembly.  Additional note: I use cabinets in the example but the proposition holds true for store fixtures and other products.

It has been a while since our industry has experienced a truly revolutionary change of direction and RTA-C is now that idea.   I call on all you “early adopters” out there to embrace this opportunity to be at the forefront of progress. 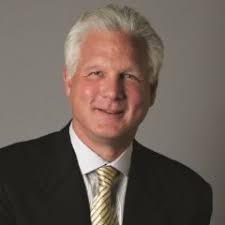 Stephan Waltman is a consultant in the woodworking industry.  A former shop teacher, plant manager and Vice President at Stiles Machinery he  currently spends his time volunteering for various veteran organizations and advising woodworking executives on issues relating to safe and productive practices. He can be contacted at swaltman0026@gmail.com Trends and products from IWF 2018