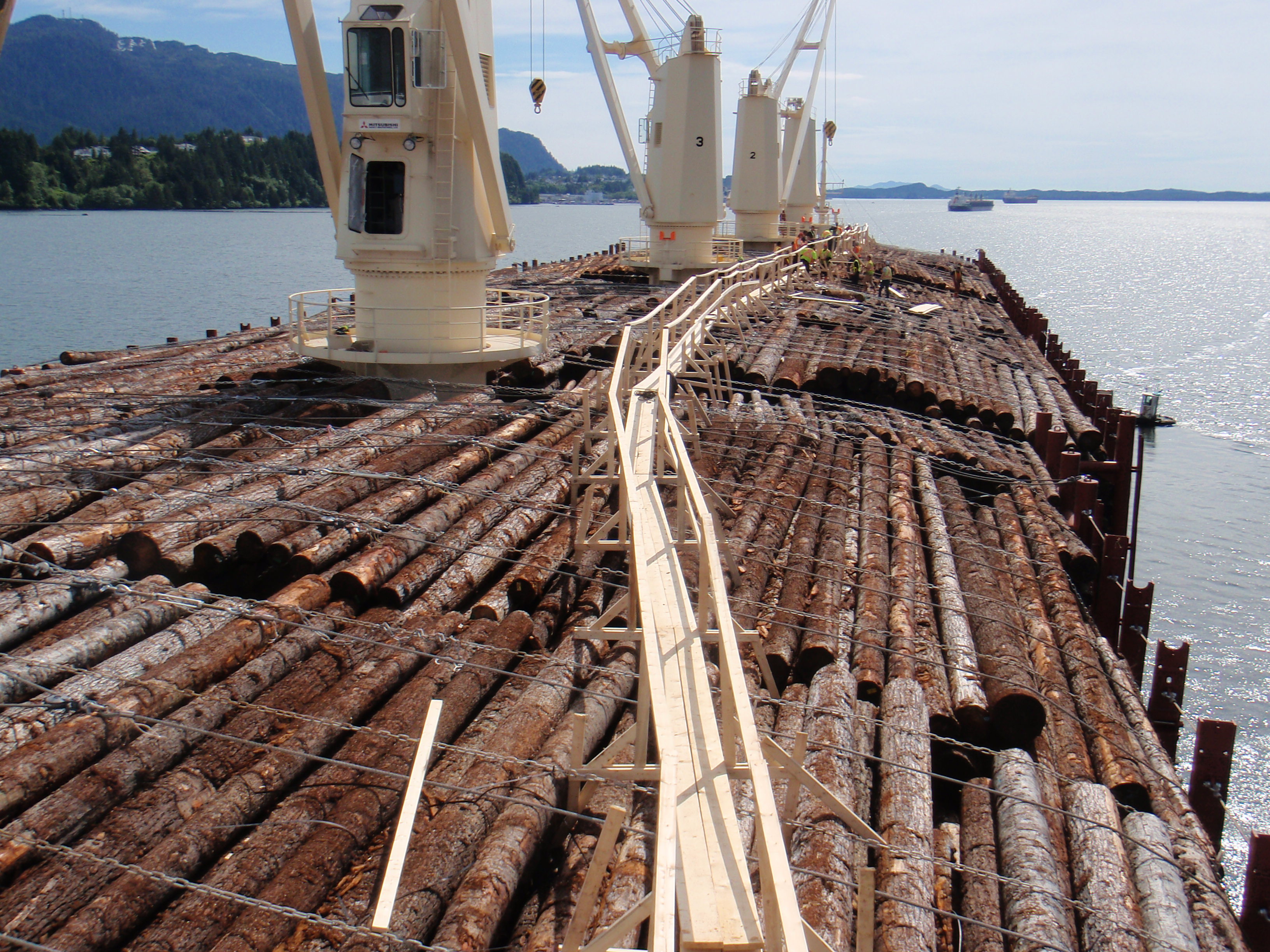 Global softwood lumber trade fell 7 percent in 2018,  as U.S. lumber prices took a roller coaster ride and China’s wood demand slowed in the second half of 2018, reports the Wood Resource Quarterly.
In 2018, global trade of lumber fell for the first time in five years, with total trade down seven percent, year-over-year. The four largest importing countries, the US (-18%), China (-5%), the United Kingdom (-13%) and Japan (-6%) all imported less in 2018 than in the previous
year. Much of the decline was the result of weaker economic prospects and reduced housing starts.

U.S. lumber prices have gone through a historical roller-coaster ride over the past 12 months. Random Lengths’ composite index for southern yellow pine was at $420/m3 (cubic meters) in January 2018, peaked at $554/m3 in June and fell to $372/m3 in January 2019.
2018 softwood lumber exports from Canada were down five percent from 2017, with the biggest decline being in shipments to China. A three-year high of 80 percent of total exports were destined for the U.S. market in the third quarter, despite efforts by Canada’s lumber industry to diversify its export shipments. China’s share has fallen from 13 percent in 2017 to 12 percent in 2018. The average export price from Canada declined by 28 percent this fall.

Sawmills in the Nordic countries had a very good second half of 2018 with lumber prices in the local currencies reaching their highest levels since 2007. Because of the weakening Euro and the Swedish Krona, prices in U.S. dollar terms fell to their lowest levels in almost a year, with average prices in November for Finland being $240/m3 and  for Sweden $260/m3. Export volumes for the first 11 months of 2018 were down 6.3% for Finland and 3.6% for Sweden as compared to the same period in 2017. The biggest declines were in shipments to China, Japan and the MENA region.

Lumber imports to China fell for two consecutive quarters to reach 5.9 million m3 in the 4Q/18. This matches the pattern from previous years of declining import volumes in the third and fourth quarters of the year. Total imports for 2018 were down 2.3% from 2017 but still the second highest volume on record.
Continued uncertainty about the future of the Chinese economy, decade-low GDP growth in the 4Q/18, and reduced investments in housing and construction have all been factors that have led to slowing demand for lumber in late 2018. Import volumes in January 2019 were up by almost 20 percent from January 2018, but it is still too early to say if that is just a short-term jump.
Russia’s share of total imports to China has moved up from 55 percent in the fourth quarter of 2017, to 63% in the 4Q/18 as the sawmilling sectors in Siberia and the Far East continue to expand and deliver competitively priced lumber. Shipments from Finland and Sweden have fallen sharply in the past year, from a total of 624,000 m3 in the 4Q/17 to only 335,000 m3 in the 4Q/18, the lowest volume in three years.
Global lumber, sawlog and pulpwood market reporting is included in the 56-page quarterly publication Wood Resource Quarterly (WRQ). The report, which was established in 1988 and has subscribers in over 30 countries, tracks sawlog, pulpwood, wood chip, lumber and pellet prices, trade and market developments in most key regions around the world. To subscribe to the WRQ, please go to www.WoodPrices.com