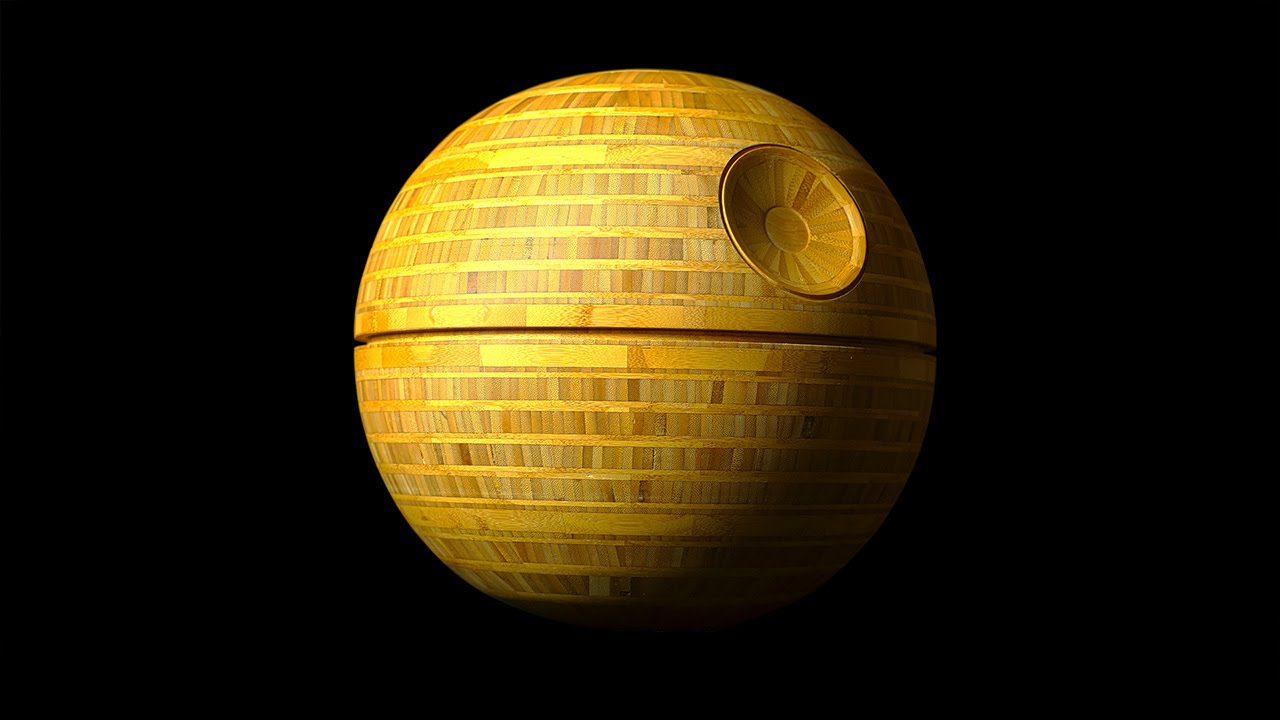 In honor of Star Wars Day (“May the Fourth be with you”), woodworker, bowl-maker, and Star Wars fan Frank Howarth constructed a wooden Death Star – and filmed the process in timelapse.

In his own workshop, utilizing a CNC, lathe, and conventional equipment, Howarth used flat pieces of bamboo to construct both halves of the structure independently. Each half consists of nine “rings” made up of 13 individual segments that were then stacked and glued together. The whole in the Death Star, along with the profile of the dish, were cut on the CNC router. He then shaved it all smooth on the lathe. Besides being a master woodworker and bowl-maker, Howarth is adept at making videos, and has a large YouTube following. The Death Star video features stop motion, VFX, Star Wars music and sound effects, and an added R2D2-style hologram.

He also recreates several camera shots seen in the film, like the Death Star flyover shot, and a shot that moves along the trench in the middle of the structure, allowing viewers to feel as if they were traveling down it themselves. 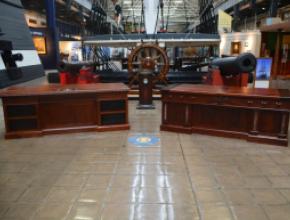