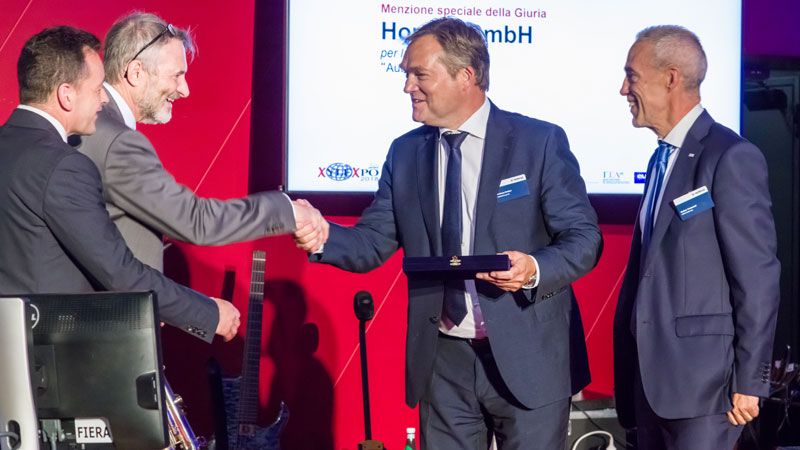 Xylexpo created a new category of XIA Innovation Award for Homag's cross-technology development..
The "Autonomous Cell" from Homag did not fit into any of the existing categories in the XIA Innovation Awards 2018 — though the jury felt sure that this innovation from Homag deserved a prize. So Xylexpo awarded the cell an extraordinary prize, a "Special Mention by the Jury."
Previously, Acimall (the Italian association for manufacturers of wood processing machines and tools) gave the XIA Innovation Awards in the categories of "Primary and solid wood processing," "Panel processing," "Tools," and "Surface processing". Due to the networked concept in which various components perform different work steps on the workpieces totally automatically, Homag's "Autonomous Cell" did not fit any of the existing categories.  Andreas Denker, EVP Global Sales & Marketing at Homag, was particularly happy.
"I'm delighted that with this special award, the jury has created a new dimension for valuing the power of innovation in the industry," said Denker. "We are proud to be the first and only recipient — this shows our lead against the competition in Industry 4.0, the important topic for the future."
Overall, the Xylexpo trade fair received around 17,780 visitors before it ended May 12 — up 2.1% from two years ago. Homag says it was very happy with the quality of the visitors and with the number of visitors from Italy, which remains a core market in the furniture industry for Homag. 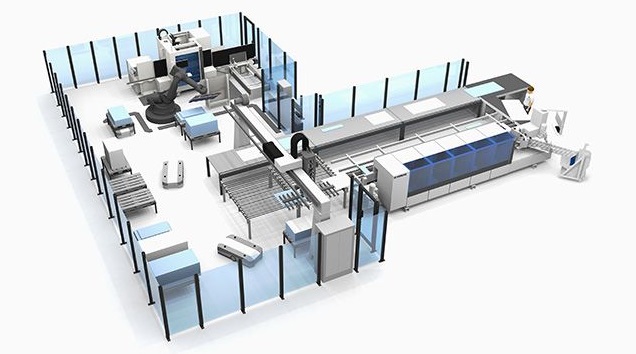 The new workshop concept that Homag demonstrated at Xylexpo works fully autonomously. The workshop consisted of two cells that are already fully automated and interlinked. These two cells were connected by an autonomous helper: an automated guided vehicle which organizes all of the parts logistics tasks between the cells, making this workshop concept the first "Autonomous Cell" in the woodworking industry.
The "Autonomous Cell" can be used in series manufacturing and in batch size 1 production, and opens up previously possibilities for small and medium-sized companies to automate, says Homag. Some examples of variations on the system are detailed below
[[{"type":"media","view_mode":"media_original","fid":"101050","attributes":{"alt":"","class":"media-image","typeof":"foaf:Image"}}]]

Suited for users with the widest range of parts and materials in edge processing: The Edgeteq S-500 (previously KAL 370)  edgebanding machine, in combination with the Loopteq O-600 return (previously TFU 521), networks these two elements using the woodFlex cell control system. This control system has a modular structure, is open for future requirements or expansions, provides safety, optimizes processes and increases efficiency. To ensure the cell can process every workpiece correctly, every part is assigned a digital identity (barcode) in advance that contains all processing data.
The Edgeteq S-500 is able to process three profiles and also provides three different edge-joining processes at the same time. High processing flexibility and setup at the push of a button are often used as "adjustment screws" to increase productivity. The new 3-profile technology is ideally suited to this. It ensures rapid, automatic and repeatable changes between three profiles and 20 degree chamfer. The "3-profile technology package" includes a fine-milling unit for three radii, the 3-profile head on the FK30 profile trimming unit and profile scraper for more than three radii. If someone wants to change the procedure for gluing the edges (PU, EVA or airTec zero-joint technology) at short intervals, they can now operate all three edge band application procedures on a single machine (for example, airTec can automatically be changed to EVA at the push of a button).
Integrated, automated workpiece handling
The fully automated part flow for the Edgeteq S-500 is handled by the Loopteq O-600 workpiece guide roller. Here the automatic return has been combined with a stacking system, which means that finished workpieces can be ejected or automatically destacked. Ejection and destacking are completed by the gantry with width-specific rotating function and the newly developed vacuum cross rail for gentle handling. The return is designed for a range of parts from 240x80 mm to 1200x3000 mm and integrated into the machine control unit of the edge banding machine.

The advantages of integrated workpiece handling

Availabilities of approximately 100 percent, high repeat accuracy and pinpoint parts handling: Robots are reliable partners and increase the cost-effectiveness of production. The reliable, integrated parts supply makes every CNC machine a high-performance center and therefore an optimal manufacturing cell for production.
At the Hold-Handwerk trade fair, a 6-axis robot handled automated parts for the Drillteq V-500 (previously BHX 200) vertical processing center. Integration into the cell control system makes it very easy to operate the robot. Additionally, functions such as aligning, validating and rotating of parts can easily be integrated into the process. It is also very simple to implement new workpieces during the process.

The advantages of robot management

Small, autonomous logistics helpers connect the two fully autonomous operating cells and make a workshop that operates completely independently: Automated guided vehicles (AGV) are used, supplying the drilling cells with stacks from the edge cells that have been processed to completion.
The complete sequence: the material flow in the cell
Automated edge cell:
CNC robot cell:
Simultaneously, additional AGVs load the stacking area of the Loopteq O-600 with a new, empty load receiver
Smart networking of the cells with the automated guided vehicles (AGV) use the Homag ControllerMES production control system to network communication in the cell. It communicates universally with the individual control systems of the automated edge cell and the CNC robot cell, as well as with the control system of the AGV. Here the "AGVcell control system" (AGV = automated guided vehicle) is used. This is closely connected with a fleet manager, which takes over the entire planning of the AGV driving routes.
The advantages of the "autonomous cell" 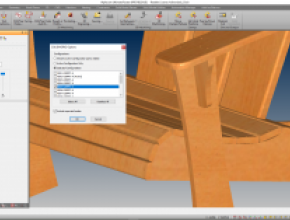 Hexagon announces launch of Nexus, a platform for data and technology sharing 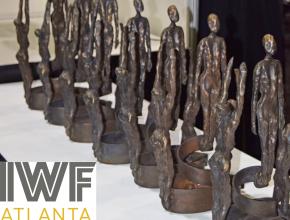 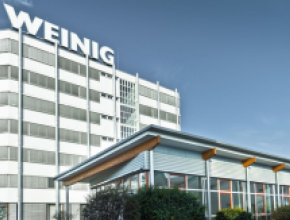