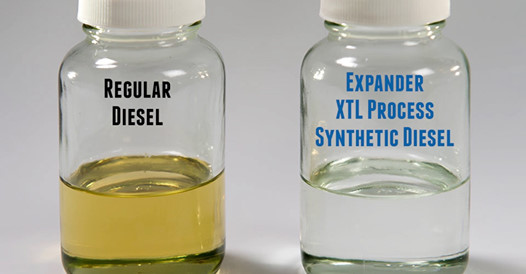 Expander is partnering with Vanderwell Contractors Ltd., which operates a sawmill adjacent to where the Expander Energy plant will be built. The plant will reportedly be the first in Canada to turn biomass gas into liquid fuel. Expander Energy said AEP Permit is the “last significant permit” needed to begin construction and operation of the plant.  Construction is expected to being later this year.

Expander Energy plans to initially produce more than 6.5 million liters of what it describes as “low-carbon intensity, clean-burning synthetic fuel” made from sawmill and forestry residuals. The product will be trade named SynDiesel. The company added that its long-term expansion plans call for producing more than 20 million liters per year, further noting that it believes the Slave Lake area’s biomass availability could support a facility producing 200 million liters each year.

According to Expander Energy, as of now, nearly all low-carbon intensity diesel fuel has been supplied from Asia and the United States due to lack of domestic supply.
In the process of making the synthetic diesel fuel, the plant will also produce marketable hydrogen. Hydrogen also is being viewed as an alternative to fossil fuels.

"This is about converting waste material into a high-quality renewable low-carbon intensity fuel and a valuable hydrogen product that can help both the environment and create a new industry in Alberta and Canada," said Ken Vanderwell, president of Vanderwell contractors.