The company says the ALYX’s modular design allows it to be added to an existing clamp carrier or to be integrated in Doucet’s SRX hydraulic clamp carrier. Clamp carriers usually feature a rotating frame that clamps together glued panels allowing them to dry. The ALYX is divided into several sections starting with the lateral chain feeder, which receives the slats and guides each piece through to the next section, the glue application device. 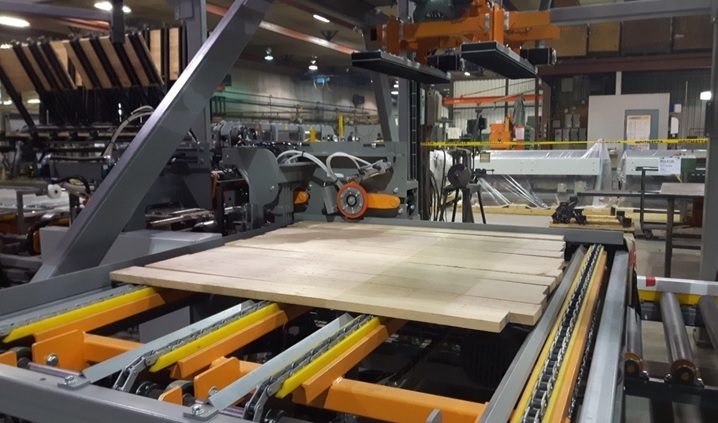 The glue applicator and measurement device is where the width of the slats are calculated ensuring that the last slat does not receive glue to create a dry joint in the panel. A dry joint is said to create air flow between panels and a building’s structural wall by allowing for expansion and contraction of the exterior panels. It also enables the inside air pressure to be matched to the pressure outside to resist wind driven rain and other factors that could drive water into the building’s walls. If rain does make it through, the dry joints allow the water to drain, evaporate, or dry.

The slats are edge glued through an extruder instead of a glue roll which the company says will save 20 to 30 percent of glue. Much like a hot glue gun, an extruder pushes the glue out from a barrel onto the wood. A UV sensor follows the extruder to detect the UV additive in the glue and will emit a warning to the operator if no glue is detected. 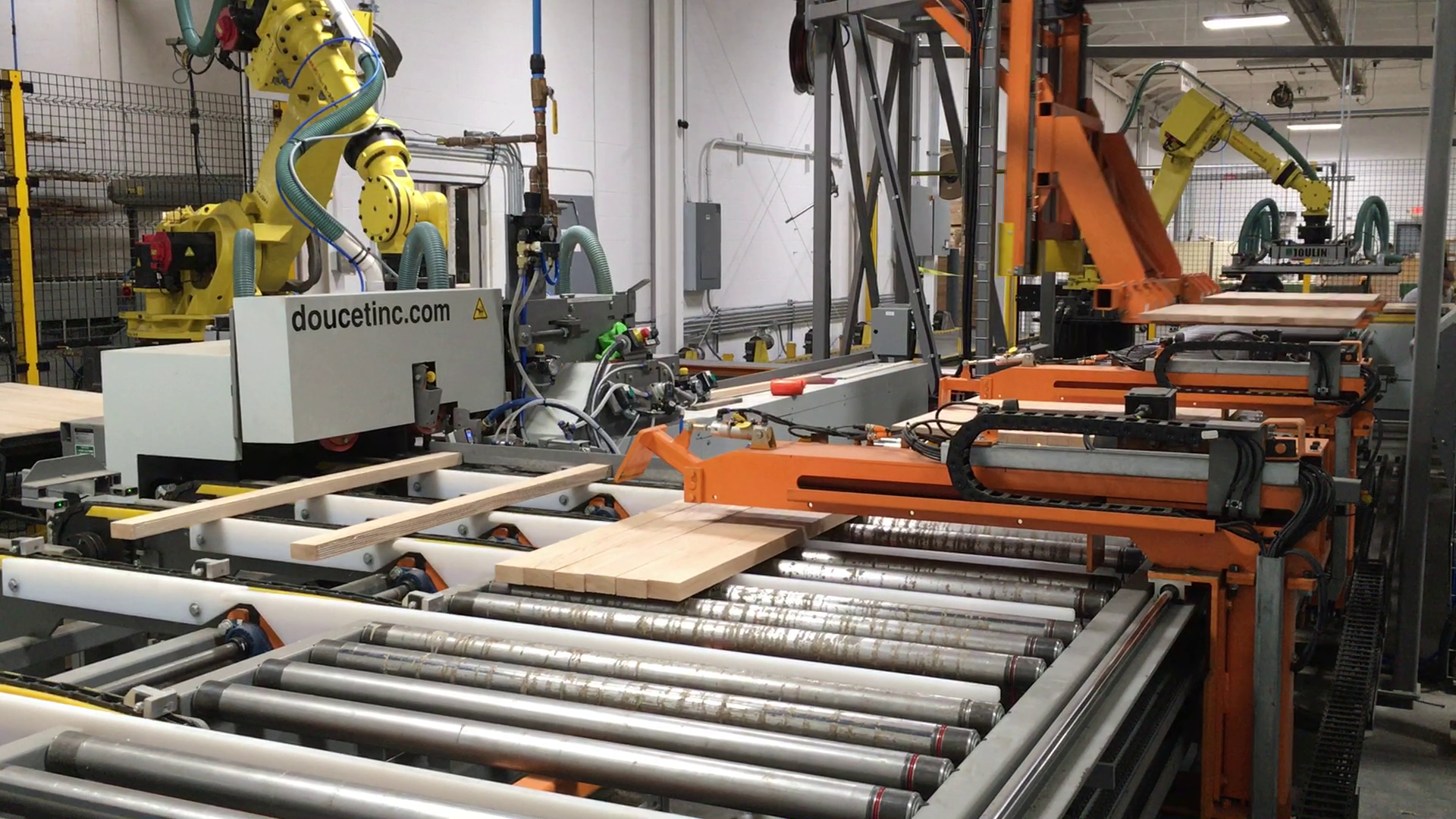 The panel forming zone is where all slats exiting the glue applicator are guided toward a transfer mechanism, which then side-shifts the slats against one another onto the panel accumulation conveyor until the panel reaches the desired width. This conveyor features two moving holders that move the completed panel to allow assembly of the second panel. While ensuring the panels maintain a fixed panel end, the holders move them along the accumulation conveyor toward the clamp carrier. 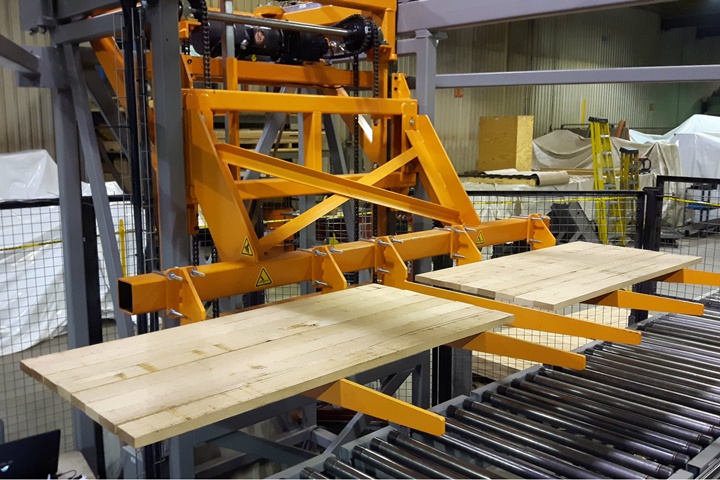 The final section is the motorized exit conveyor where the dry panels are removed from the loading area.