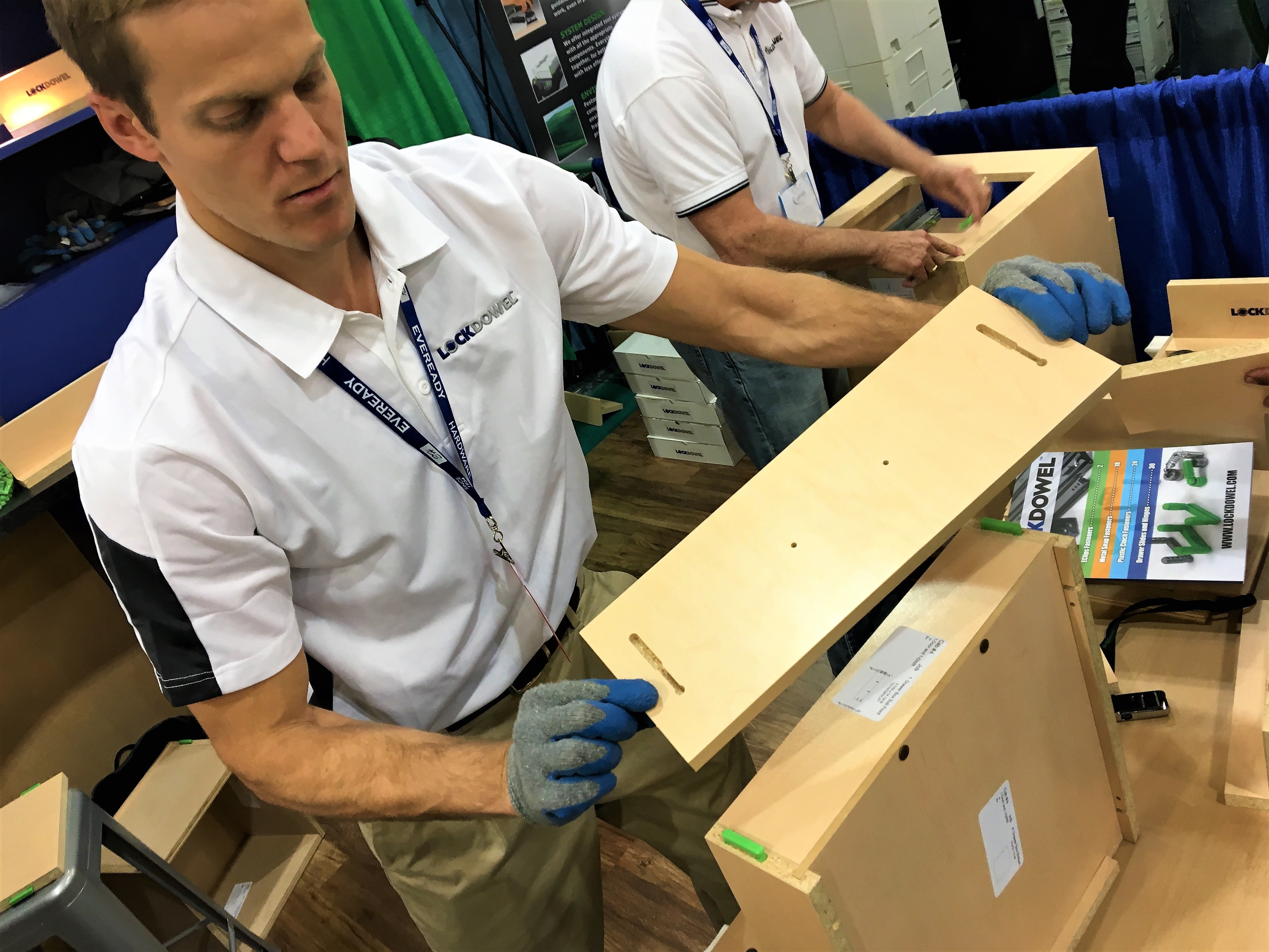 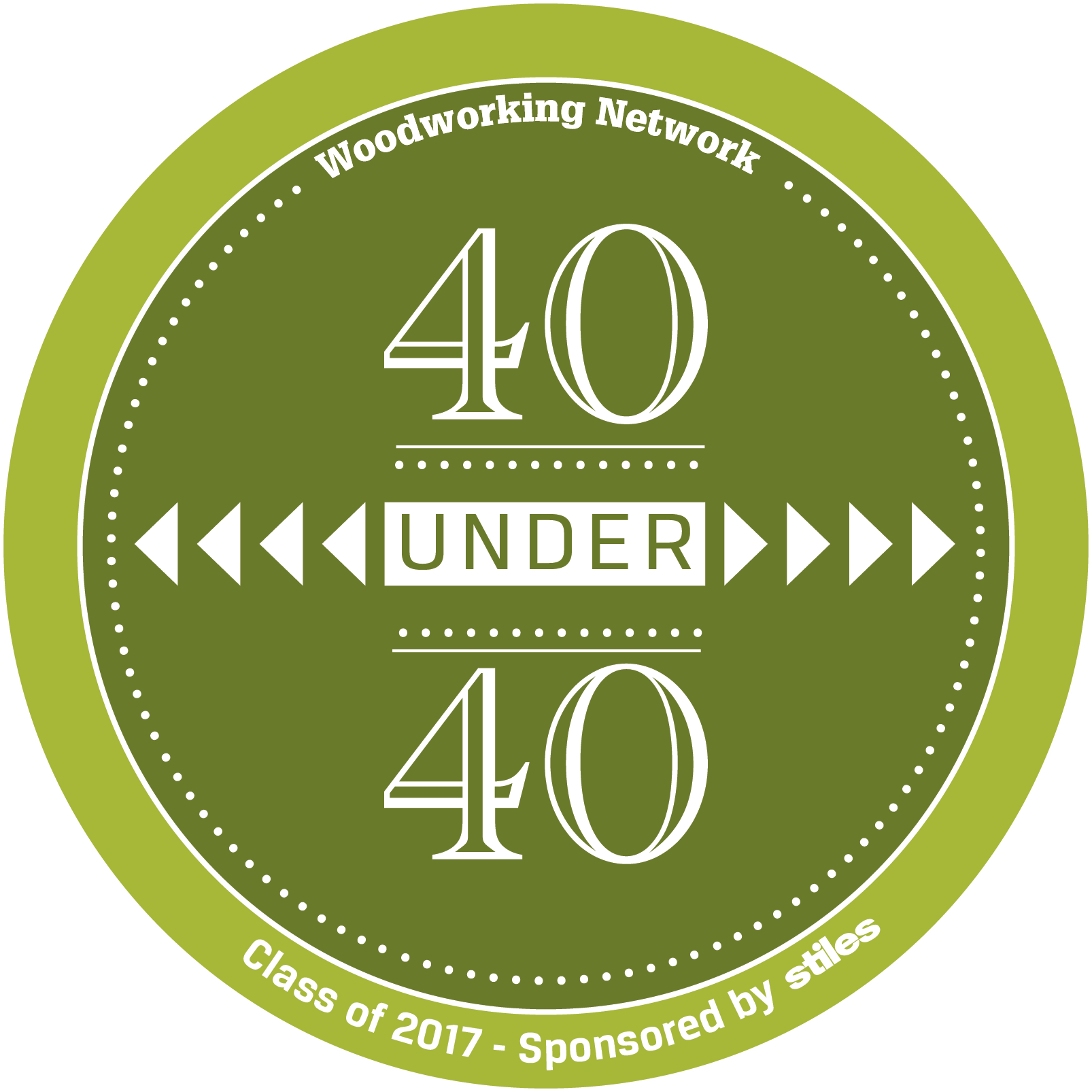 FREMONT, Calif.— As a 27-year-old surfer, Bryan Koelling’s passion for the ocean inspired him to create Lockdowel glue-less fastening, “I wanted to insert and remove my surfboard fin, without glue or hardware, so the board could be easily transported from one beach to the other,” he says.

Now Koelling, the Lockdowel co-founder and president, has been selected for the Class of 2017 Wood Industry 40 Under 40 winners.

The award recognizes the industry’s most innovative minds, and will be presented on July 18 at 5:30 p.m. during the AWFS Leadership Reception at the Las Vegas Convention Center. (Stiles sponsors the Class of 2017 Wood Industry Awards.)

One night as he was attempting to assemble his new dining room table that was shipped to his house in pieces, he realized that there had to be a better way - a way to eliminate all the extra hardware that ready-to-assemble furniture requires, and an easier way that wouldn’t require glue, or even instructions.

He took the concept to his father Fred Koelling and the two created the Lockdowel fastener system that now applies to cabinets, furniture, millwork and more. Now Lockdowel fastening has come to fruition at a pinnacle point in the industry. A time when flat packing is on the rise, shop owners are needing to produce more cabinets with less time, employees and money.

“We knew we had an extremely sturdy solution to fastening quickly without, the mess or time gluing takes,” Koelling explains. “What we didn’t know, was how this would mega-charge the way cabinets are manufactured, sold and built— with only a third of the time and resources!”

“For owners of cabinet shops feeling the pressures to produce more with less, Lockdowel enables them to do that using a third of the manpower,” Koelling explains. “When there is no need to clamp, glue and clean-up, three techs can do what nine did before.”

“For furniture companies needing an assembly solution so they can sell their best pieces on Amazon and ship ready-to-assemble, Lockdowel fastening makes that possible too. At the same time the consumer enjoys putting together their new furniture because it’s faster and fun!” By skipping the gluing step manufacturers save time, labor, workspace, shipping costs -- and gain the ability of improved RTA flat packing because the Lockdowel snap-together assembly is simple. “Not only has Lockdowel redesigned fastening, this solution is at the heart of fully-automated production for the cabinet, closet, furniture, and architectural wood industry,” Koelling says.

Koelling adds that Lockdowel fastening system is now implemented by seven CNC machine manufacturers and nearly all the CNC software writers. With a strong IT background, he quickly recognized how important it was for the software to be easily accessible and easily implemented. “Lockdowel assembly has been certified by WI, BIFMA and passes all the AWI strength tests, but that only matters if it can be plugged into the woodshop owners CAD program on his CNC quickly, and produce revenue – and we can!” Koelling explains.

As a 2017 Wood Industry 40 Under 40 award winner, Koelling is in good company. "The 40 Under 40 program is really designed to encourage disrupters," says Carroll Henning, Director of Marketing at Woodworking Network, "even those who have broken the rules and especially people who work out of the box."