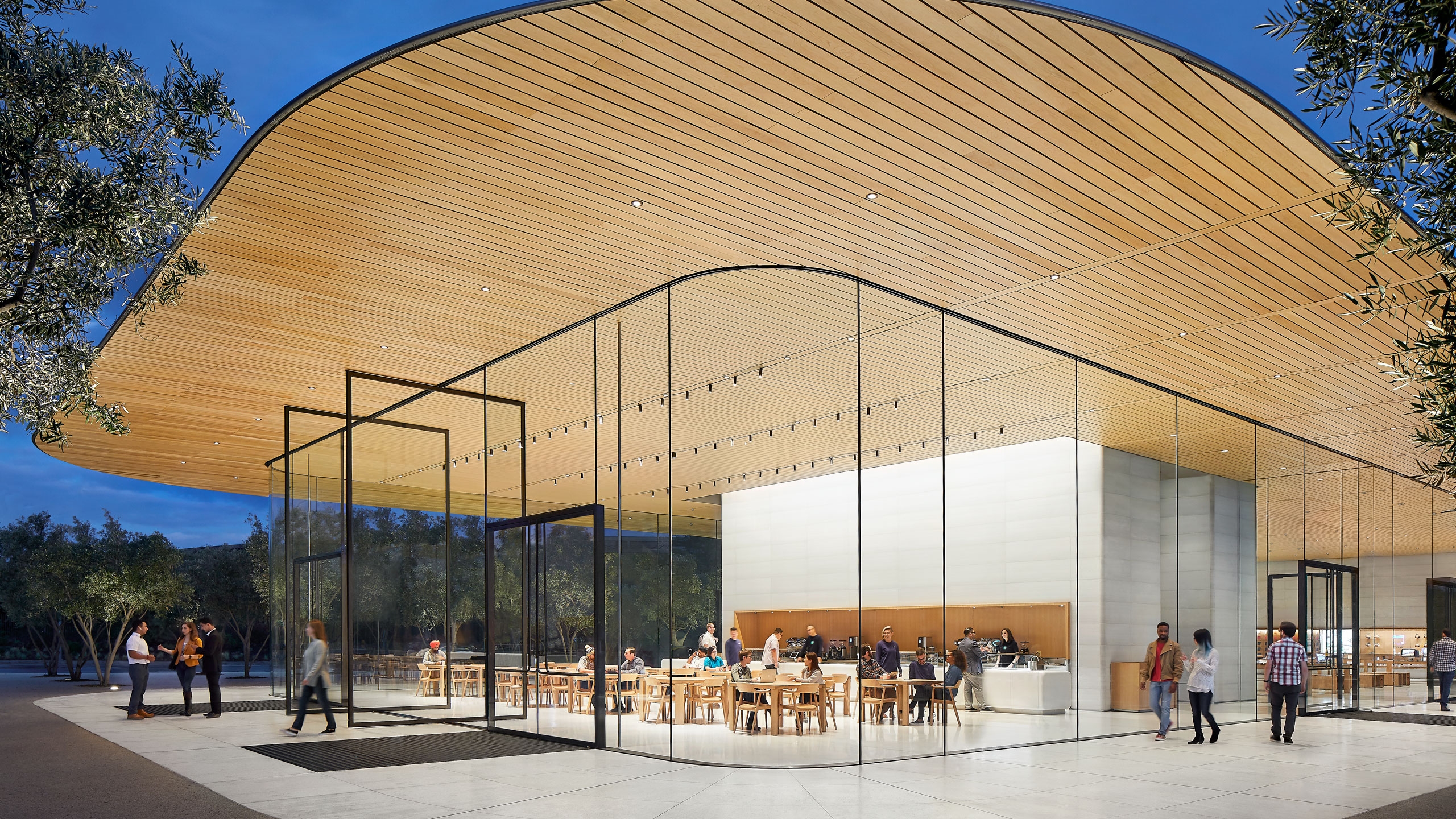 EBC attendees can travel 10 miles west to see Apple's new headquarters campus in Cupertino, where travelers are welcomed at its $108 million Visitors Center.

San Jose, California may be the epicenter of innovation, making it a setting perfect for the technology briefings and visionary presentations at the 2019 Executive Briefing Conference. (EBC runs April 14-16 at the Marriott.) Widely known for proximity to the headquarters of Apple, Adobe, Alphabet (Google's parent), and Intel, San Jose itself is home base for tech brands like Ebay, TiVo, PayPal, and (surprise) Chuck E Cheese's pizza.

With the high energy and big dollars coursing through its business sector, San Jose is a sophisticated city just 45 minutes south, but worlds away, from San Francisco (which is its own destination and a gateway to the picturesque wine country north of Golden Gate Bridge). But in and around San Jose there is plenty to do in the hours and days before and after the high-level EBC management event.

Adobe's 1990s headquarters in San Jose was re-imagined by Gensler

The EBC conference program includes options to tour the Intel Museum and Adobe Headquarters (architect Gensler will narrate the visit). Registration for the EBC 219 includes three tour options, including transportation:

Striking Out on Your Own

For those interested in networking and downtime pursuits, additional attractions are either a short drive away, or even within walking and biking distance. (Automated public bike rentals abound.) Here are some examples: 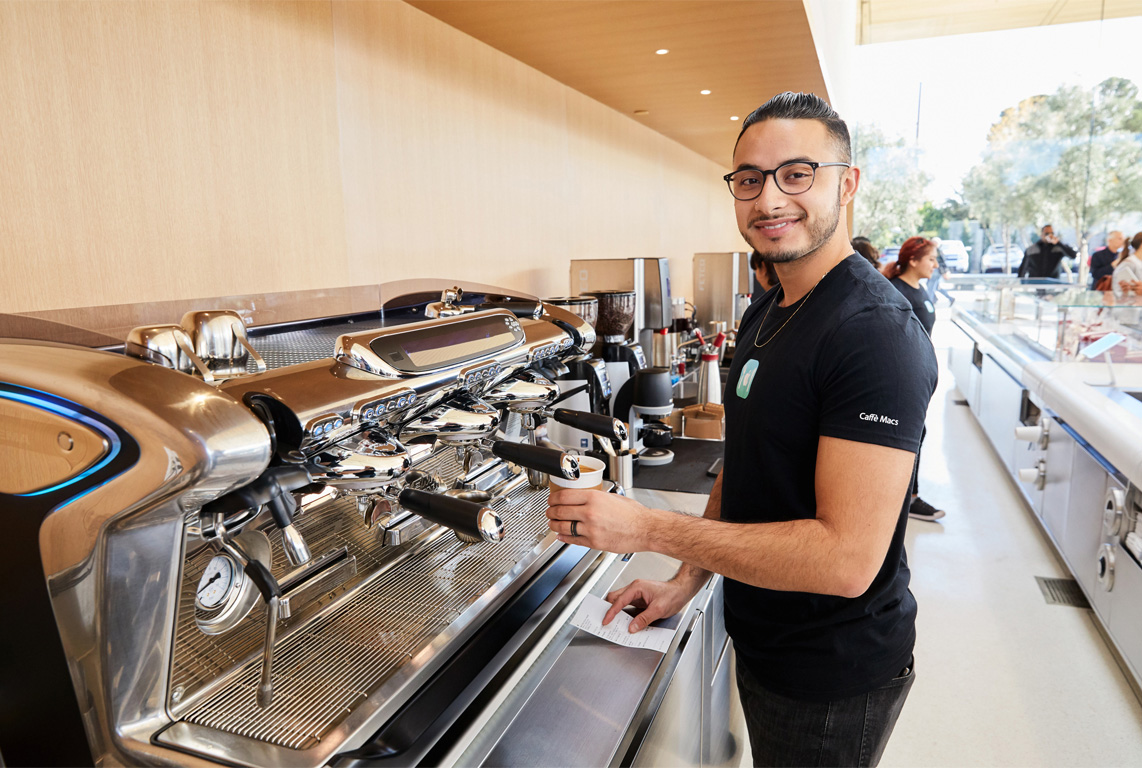 Get a cappuccino or latte at Caffe Mac at the Apple headquarters campus in Cupertino.

Architecture fans and Apple devotees may be interested in visiting Apple's recently opened headquarters campus, which includes beautiful buildings whose designs are highly praised, including the $108 million Visitors Center. The Visitor Center’s cantilevered carbon fiber roof appears to float, supported only by stone clad cores and no other extraneous columns for support. The Visitor Center is divided into a retail store, a rooftop cafe, and a space for an augmented reality experience of the entire campus. 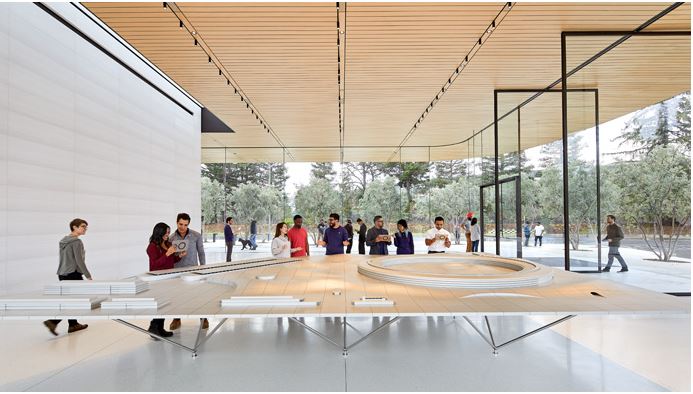 Guests are also welcome to make their way upstairs to the roof terrace for beautiful views of the main building and some of the 9,000 native and drought-resistant trees on the grounds. As they return to the first floor they are invited to visit the cafe surrounded by olive trees or the store with Apple’s full range of products and exclusive Apple and Apple Park branded merchandise. It opens weekdays at 9:00 a.m. until 7:00 p.m.; 10 a.m. Saturday; 11:00 a.m. Sunday. Apple Visitor Center 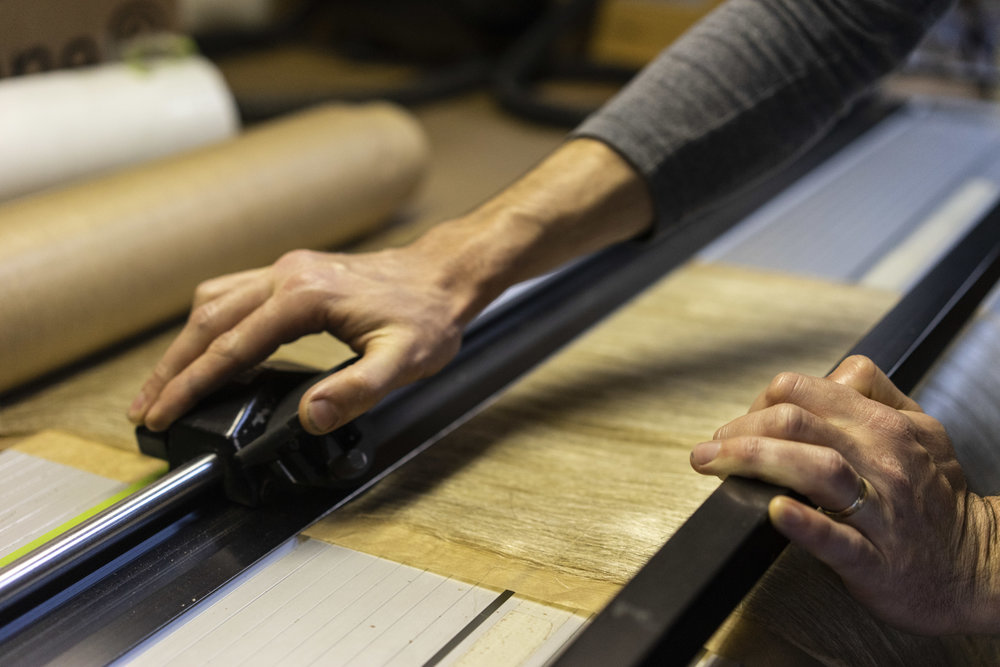 Lingrove's Loft test lab can fabricate its EKoa linen-based panel for furniture and other products.

Lingrove has launched the world’s first biomaterials product development accelerator, The Loft, in San Francisco. "At The Loft we’re offering materials know-how and business mentorship to help other makers bring innovative and iconic products to market," says Joseph Luttwak, CEO, who will make the opening presentation at EBC 2019 on April 14. Luttwak himself launched a product and then a business, Blackbird Guitars, using panel and laminate made from Lingrove's patented, carbon-negative Ekoa bioresin composite material. The mouldable and cuttable material is a sandwich made from layers of plant-based linen saturated in bio-based resins. By special arrangement, EBC attendees who would like to tour The Loft and see production on Blackbird Guitars will have an opportunity to do so on Friday, April 12, from 3:00 to 5:00 p.m. RSVP to me, Bill Esler, so The Loft can plan for your visit.

Just one block from the EBC hotel, the Tech Museum of Innovation is a hands-on technology and science museum for people of all ages and backgrounds. The museum is a non-profit experiential learning resource established to engage people in exploring and experiencing applied technologies affecting their lives. The Tech’s mission is to inspire the innovator in everyone. www.thetech.org 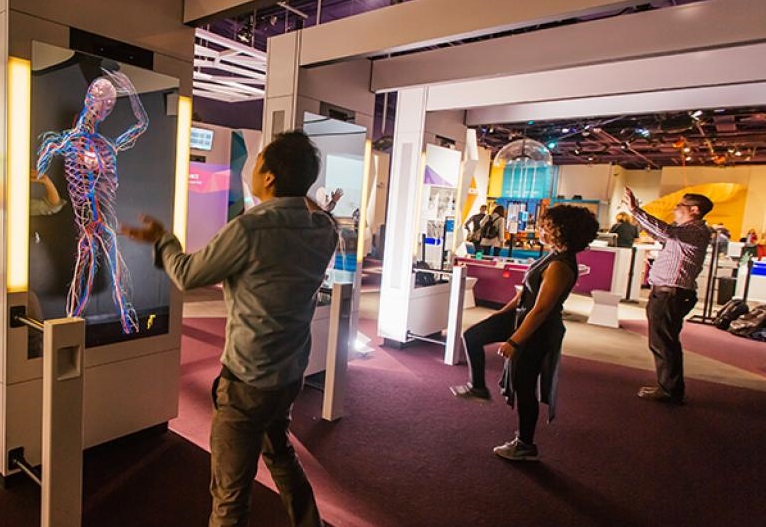 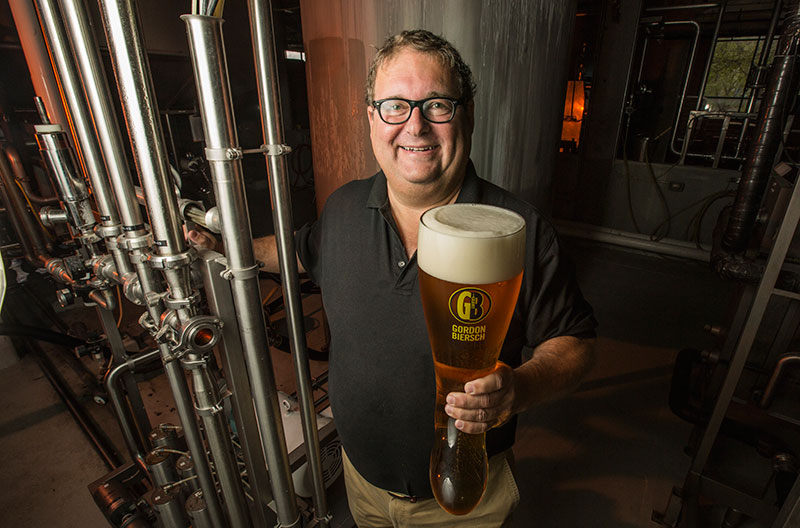 Dan Gordon’s lifelong dream was realized in March of 1997 when the first batch of beer was brewed at our state-of-the-art brewing and bottling facility, located in San Jose, California. The 114,000 square foot facility (third largest in the Bay Area after Lagunitas and Anchor Steam) was designed and engineered by Dan Gordon, who did not spare any detail. Although we recreate old world authentic recipes, we use modern day techniques and technology. The brewery operates 24/7 and uses the highest quality two-row malted barley, Hallertauer hops, and German yeast from Weihenstephan, to ensure that quality is never sacrificed. Tours of the facility are by appointment at 357 East Taylor Street, San Jose, CA 95112 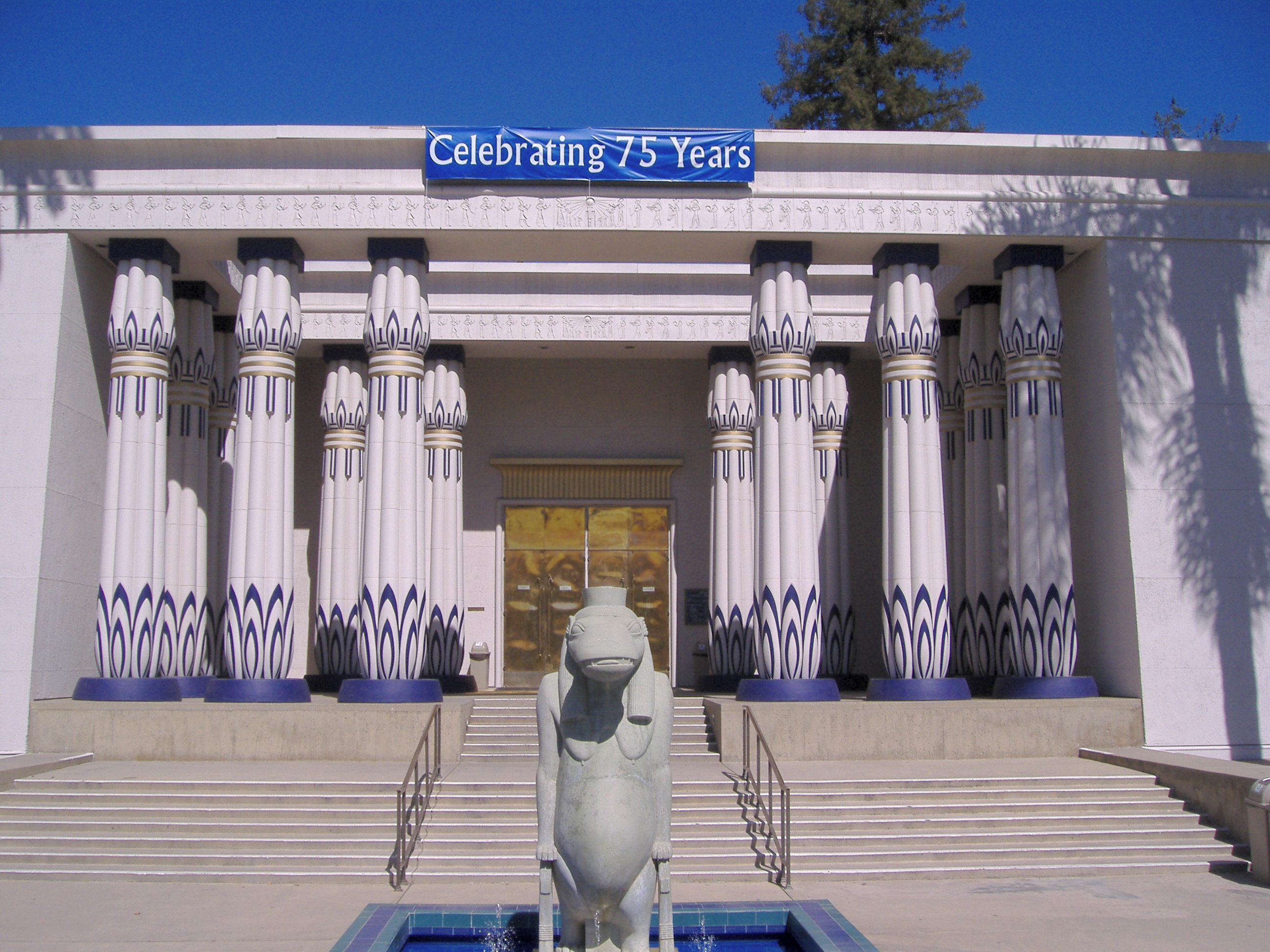 And of course, there is Rosicrucian Museum of Egyptian Antiquity -where you can tour a tomb, see mummified pets and learn about mummification techniques. It is the largest collection of Egyptian relics in the western U.S. Modeled after several rock-cut tombs found at the Beni Hasan cemetery site in Middle Egypt, this tomb was constructed to show a style found during the Middle Kingdom (2066 – 1650 BCE). Tours are Wednesday - Friday: 3 pm; and Saturday 1:30 pm and 4:30 pm and Sunday at 1:30 p.m.

Inside the San Jose Marriott

The San Jose Marriott is situated in the heart of Silicon Valley, and connected to the San Jose McEnery Convention Center. Just three miles from San Jose International Airport, it has grown to be a top spot for meetings among locals. Its signature restaurant. Arcadia, headed by chef Michael Mina, features an eclectic menu typifying a modern American steakhouse, known for its prime cuts of beef, fresh fish, and poultry, and a wonderful lobster pie. 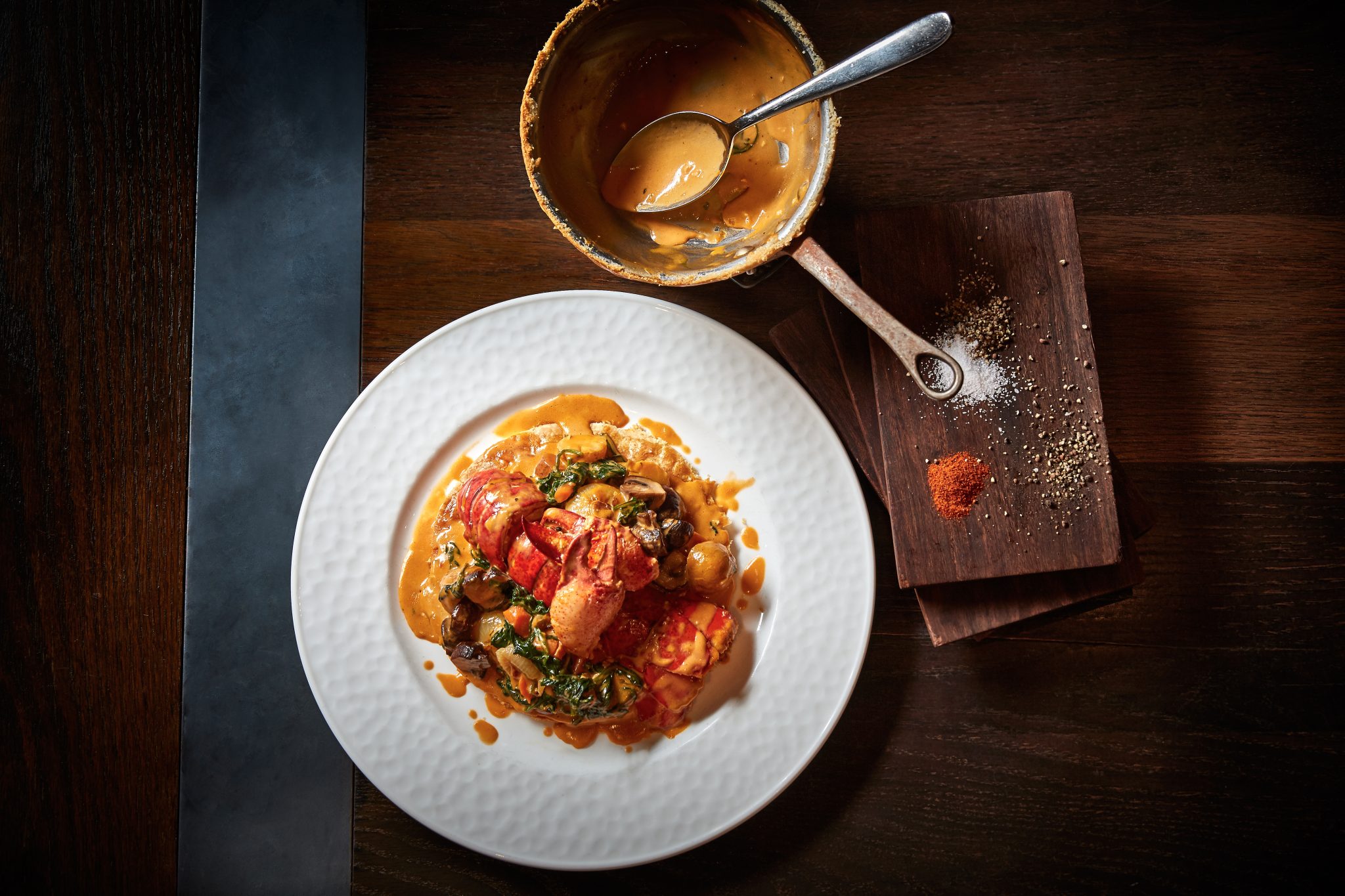 The hotel has a range of rooms all the way up to luxury suites, and featuring views of the woodlands that encroach on the city. Situated at two major thoroughfares, the Marriott features top-flight wine cellar, and a clutch of trendy bars where networking happens and business blossoms. 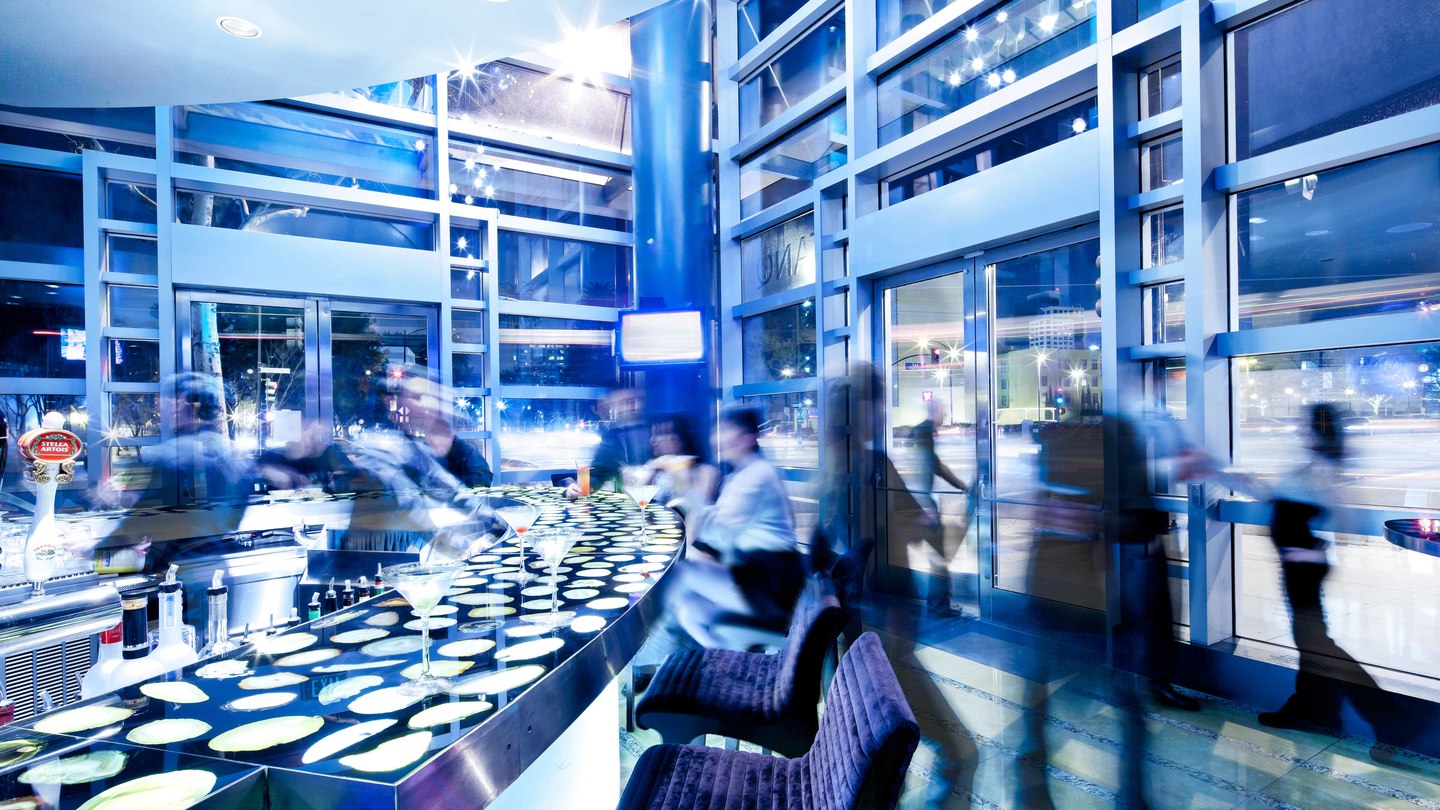 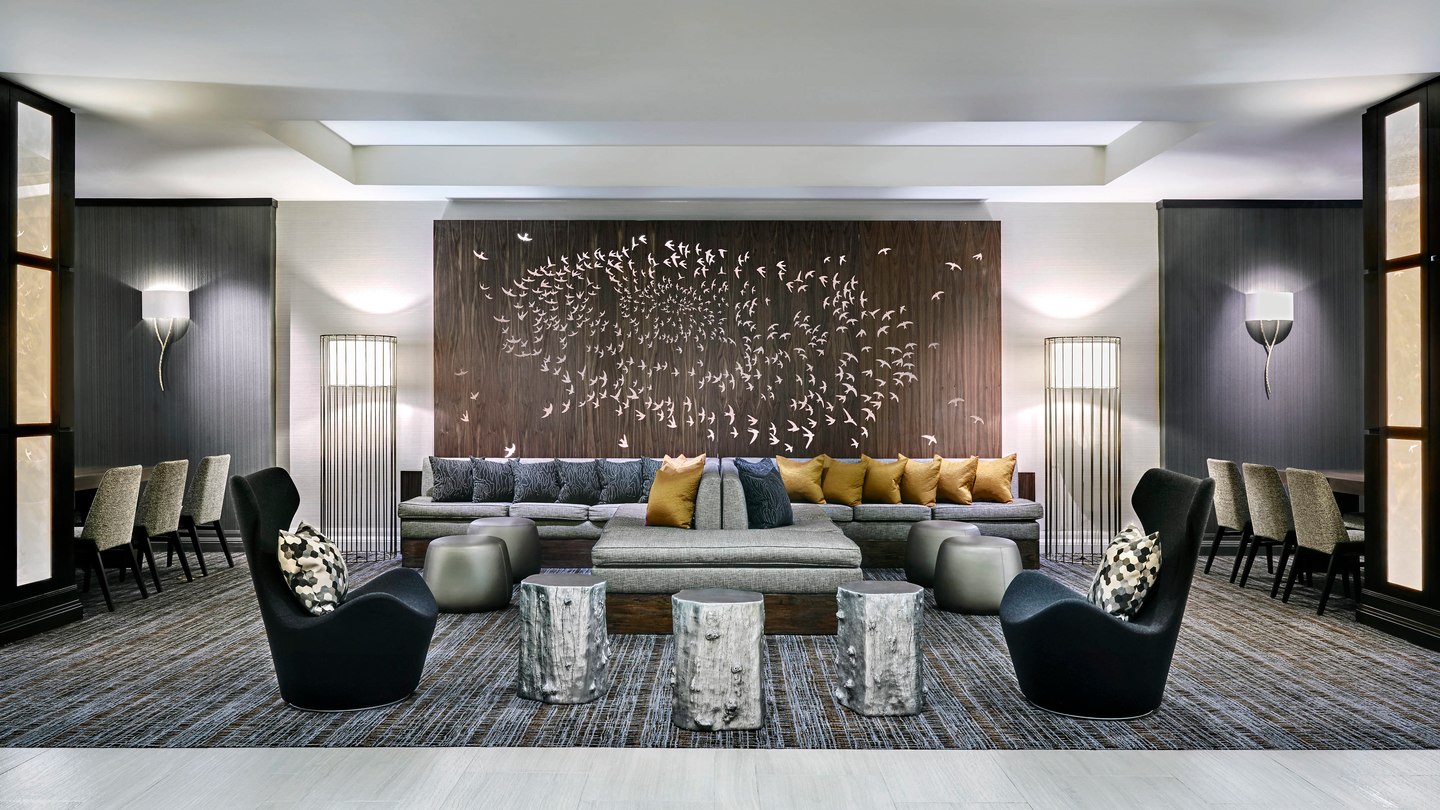 There are great places to hang out at the San Jose Marriott. And the rooftop pool will be open, with temperatures ranging from the upper 60s F in the daytime to upper 40s F in the evening during EBC 2019. 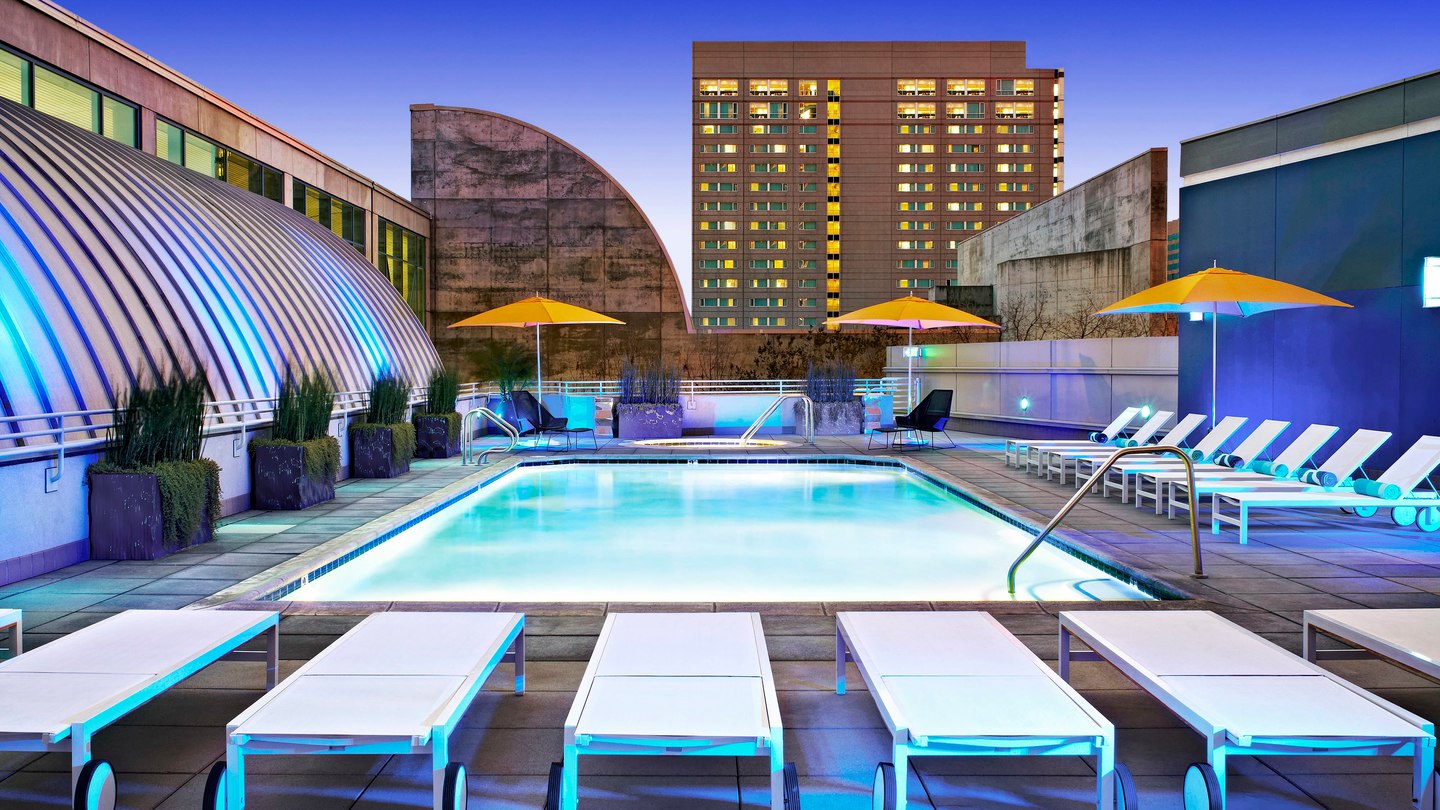