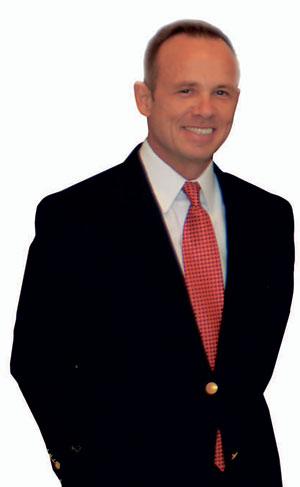 For a career that “just kind of happened,” Boe Young has gained industry-wide recognition for his efforts as he helps lead Impressions Marketing Group in its award-winning ventures.

After serving in the military, Young earned his degrees before finding work with a national consulting firm. And when a small store fixture client needed help after taking on a large contract, Young joined up. “At the time, I quite literally did not know plywood from particleboard. I joined as sort of a general manager in training and it all grew from there,” he says.

“Working in a small company, I got to see every facet of the business, which helped me gain a broad perspective. That first company was sold to an individual who conducted a leveraged buyout of two other companies — which again helped me grow and learn.”

The buyout did not work, and the company eventually went bankrupt, Young says. “I started my own company a few months later with some other individuals, buying the remnants and equipment from the bankrupt company, and did that for four years. Tight cash flow and lots of ups and downs makes you a more complete businessperson: That which does not kill you makes you stronger. I probably learned more from those situations than the successes I have had at those companies and since.“

When that company retooled to build kitchen cabinets, Young joined Impressions. Since then, he has used his acumen to keep the company moving forward during these tough times. And the strides have not gone unnoticed: for the past two years, Impressions has won the Association for Retail Environments’ prestigious “Above and Beyond Award” for customer service and project execution. “The project teams that won did a great job, and to be part of that group and help lead our efforts made all of us at Impressions very proud,” Young says.

“Rick Gerber, Impressions CEO, really taught me the value of a customer and one’s reputation in the industry. That may sound obvious, but Impressions constantly does whatever is needed to satisfy the customer, regardless of the cost. That is the culture that permeates the company and one of the many things he has taught me.”

For the future, Young says, customer service and rebuilding sales will be key. “I think in five to 10 years, Impressions will be in the top five to ten of the store fixture businesses in terms of revenue; with plants on both coasts and operations in Asia — and more diversified.” And with that, the company will keep making a good impression.