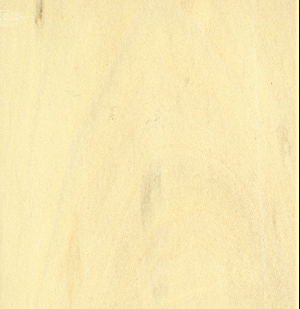 American holly (Ilex opaca), the state tree of Delaware, is a fantastic tree, with brilliant red berries and dark green leaves that are popular decorations during the Christmas season. When the Pilgrims, who landed in Massachusetts days before Christmas in 1620, saw the American holly and its red berries they were joyfully reminded of the holly in England that is inseparably connected with the merry-making of Christmas time. The tree has leaves, so it is a hardwood, but the leaves stay on for three years, which make it an evergreen.
The red holly berries are mildly toxic to people when ingested and will cause vomiting and/or diarrhea. (The sap is also harmful to humans.) However, many species of birds love the berries, especially in late winter after the berries soften. Flocks of migrating cedar waxwings can strip a tree of its berries in a minute or two. Incidentally, only the female holly tree has berries.
Holly trees are scattered from the maritime forests of Massachusetts along the coast to Delaware. It grows inland into several Pennsylvania counties and then abundantly southward throughout the coastal plain, Piedmont, and Appalachians. The range extends south to mid-peninsular Florida, west to eastern Texas and southeastern Missouri. The best growth and largest trees are found in the rich bottomlands of the Mississippi River Delta. The tree is often 60 feet tall and up to three feet in diameter, although the larger trees have been found. Timber cutting over the past two centuries has reduced the number and size of holly trees in the forests. Also, heavy foliage harvesting for decorations mean it is hard to find large trees; in other words, wood supplies are limited and prices are high for good holly lumber. However, the development of commercial holly orchards and the education of private landowners in the value of holly as a tree and proper harvesting of holly foliage have lessened the exploitation of this species.
The attraction of holly, in addition to the foliage and berries, is that holly is one of the whitest woods known. In the past holly veneer and veneer inlays were very popular. Certainly, the use for specialty items, such as engravings, scroll work, carvings, and so on has been very important. Whip handles was one old use, as well as for keys, pegs and other items in musical instruments. One surprising use is that sometimes this beautiful white wood was stained black and used as a substitute for ebony, even though holly is not as hard.
Processing suggestions and characteristics
Density. The density is approximately 38 pounds per cubic foot, typical for many hardwood species. Kiln-dried lumber will weigh about 3 pounds per board foot.
Drying. Drying is tricky. The wood is subject to discoloration if dried too slowly. For best results, use only winter-harvested logs. The wood needs to be put into a kiln at a low humidity within hours after sawing; hence, most drying is done at the sawmill site. Dry promptly using a white hard maple schedule. Irregular grain, which is rare, does cause a small amount of warp. Use 12-inch sticker spacing and weights on pile tops. Stickers must be very dry initially.
Shrinkage of flatsawn lumber during drying is nearly 8 percent, which is higher than most species.
Gluing and Machining. Gluing is reported to be fairly easy for a hardwood species.
Machining is high quality, although irregular grain, from time to time, does mean that tools must be very sharp. When sanding with fine grit paper, the wood develops a high luster or polish.
Stability. Holly is reasonably stable when the moisture changes, but irregular grain can result in some warping occasionally.
Strength. Holly’s mechanical properties are in the middle for North American hardwoods. The strength (MOR) of holly is 10,300 psi. The stiffness (MOE) is 1.1 million psi. Hardness is 1,020 pounds.
Color and Grain. The sapwood is much whiter than the heartwood, but both are very white. Actually, sapwood is quite wide in the tree, so often the lumber is 100 percent sapwood. The wood can be buffed to provide a high polish.
The grain is very fine. There is no figure in the grain, so irregular grain is not easily detected in the finished product.
When purchasing holly wood, be sure to clearly state the color that you require and what the process will be for returning wood that is off-color.