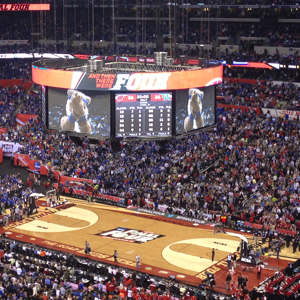 The maple hardwood court for the 2015 NCAA Men's Final Four in Indianapolis, IN, is being offered by Connor Sports, the official manufacturer of NCAA tournament flooring, to the 2015 Men's National Champions, Duke University, for $90,000.

According to WFMY News 2, Duke purchased the hardwood court they won their 4th national NCAA title on in 2010, and the news outlet says Connor Sports officials confirmed that talks have been initiated for the 2015 hardwood court.