Skip to main content
Closets
Dump Your Newsletter and Replace It With Visual Content
By Denise Butchko
February 13, 2015 | 5:03 pm UTC 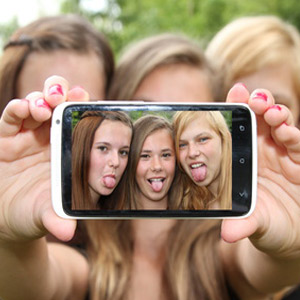 Why is no one reading your newsletter? I can sum that up in two words.

Sending a newsletter and expecting people to read it is asking too much. We’re a short attention span society. We want things in quick bursts.

Think about your own behavior. You’re schedule it tight. Your “to do” list is long. Your inbox just keeps getting fuller. Too many people want too much of your time (even if they’re just asking for two minutes).

So when you take the time to create a brilliant newsletter and send it out - it’s too much! It’s asking for too much of people’s time. And too much for their brain to process and retain.

How often do you take the time to actually stop and read even half of the content of any newsletters you receive? I know I don’t.

I scan the document. Maybe read the lead on a piece that’s of interest and hope it’s not too long so I can feel the sense of accomplishment from completing something.

In days filled with time consuming requests, I want a quick win.

So stop the newsletters. Break the concept down into bite size chunks. Think appetizer, not meal. You’ll gain ground by being focused on one point and asking your audience to do one thing. Put out shorter pieces of content on a more frequent basis. And MAKE EVERY-SINGLE-ONE as visual as possible.

Images and pictures and king. They get the most engagement. They lead to the highest conversions. And most importantly, they catch people’s attention. And that’s what we’re after.

So how do you do that? How do you come up with images and video that actually get the short attention spans of your audience? I’m so glad you asked, because I’ve got an awesome answer.

Join this LIVE, FREE, SHORT session on February 20th where you’ll get specific tactics you can immediately put into action.

At noon eastern time on the 20th, we’re (Richie DeMarco and I together) going to share great ways to turn your totally average phone pics into totally awesome images.

We’ll also cover great ways to easily, painlessly create video and share ways and places to use the video.

And MOST EXCITING OF ALL (cough, cough) we’ll cover some legal aspects of what you can and cannot do with images.

So please join me and Richie as we do what we love - teach people how to be better with their online marketing efforts.