The foundation, named in honor of former longtime WI member C.E. (Ed) Bernhauer Jr. of Fresno Planing Mill, has awarded more than $65,000 to approximately 60 students since its inception in 1997.

This year’s scholarship recipients include:

Gage Davis is majoring in architectural manufacturing management and technology at Pittsburg State University. In addition to making the Dean’s List and serving as a student government senator, Gage is an active member of the student-led organization, Society of Architectural Woodworkers. Outside of his many student responsibilities, Gage works as a part-time handyman. After graduation, he plans on becoming a draftsman or project manager.

Jacob Graff is studying architectural manufacturing management and technology at Pittsburg State University. His passion for woodworking began in middle school, and he excelled in his engineering design and drafting classes at London High School in Corpus Christi, Texas. While in high school, Jacob was a member of the American Association of Woodworkers and a volunteer at the South Texas Botanical Gardens and Nature Center, where he helped design and rebuild animal enclosures.

Tyler Kleinsasser is a graduate student at South Dakota School of Mines and Technology, where he is studying for his Master of Science in construction engineering and management. In addition to maintaining a 4.0 GPA as an undergraduate and graduate student, Kleinsasser serves as student government president and a resident advisor. He has already passed the Fundamentals of Engineering Exam and has completed several internships in the field. By 2030, Tyler plans to start his own construction business and follow in his father’s and grandfather’s footsteps.

Claire Koettker is a sophomore at Pittsburg State University. She is pursuing her Bachelor of Science degree in architectural manufacturing management and technology. Koettker is also the event planner for the student-led organization, Society of Architectural Woodworkers. Claire credits her four years of high school woodworking classes and her participation in the national student organization, SkillsUSA, with fueling her passion for woodworking.

Deion Ortiz Martinez is majoring in advanced manufacturing technology at Santa Rosa Junior College in California. He is also a cabinet-maker apprentice at Myra Millwork. Martinez grew up making wood projects with his grandfather, a carpenter and was inspired by his work. His high school woodworking classes were also instrumental in shaping his career path. In the future, Deion plans on owning his own woodworking business.

Brandon Paleo is enrolled at Texas Tech University, where he is studying for his Bachelor of Science degree in architecture. He earned the First Year Design Leadership Award for exemplary achievement and made the Dean’s List and President’s Honor List. He plans to graduate in May of 2023 and then attend graduate school. Paleo said his dedication to the field stems from a passion for serving others.

Application for the 2022 Bernhauer scholarship is open until June 1. Learn more. 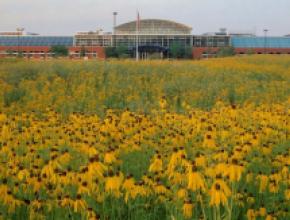 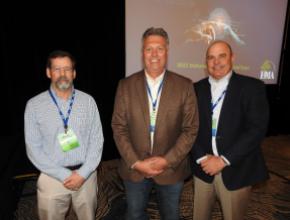 HMA elects officers, board for 2022 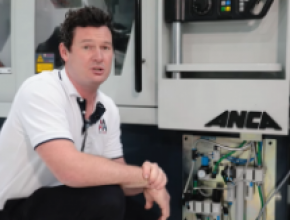