TEUTOPOLIS, IL – Stevens Industries Inc. will launch a state-of-the-art childcare center in the fall of 2022 to provide employees with easy access to safe, reliable and affordable childcare.

The facility will be constructed near Stevens' main plant location in Teutopolis, Illinois. The 6,000-square-foot center will provide childcare and preschool for up to 100 children starting at age six weeks old.

“Today’s working parents struggle to find reliable and convenient childcare. An often-overlooked answer to their struggle is offering childcare at the workplace. Adding this as an employee benefit will alleviate stress among Stevens working parents and induce better engagement and productivity,” said Todd Wegman, president and CEO.

Charity Ozenkoski has been named director of the childcare center. She has more than 23 years of experience in early childhood instructional and program development and recently served as Head Start’s Home-based Education Specialist. She earned a bachelor’s degree in Early Childhood Education from Eastern Illinois University.

Adjoining the childcare center will be a new distribution facility spanning more than 100,000 square feet. Stevens said the two new additions kick off the beginning of a great expansion for the already large casework and architectural millwork firm.

Stevens is ranked 76 on the 2022 FDMC 300. Now in its 36th year, the FDMC 300 is the woodworking industry's oldest recognized ranking – by sales – of the largest North American manufacturers of cabinetry, furniture, architectural millwork, retail fixtures, home organization, windows/doors, components and other wood-related products. The company also has been recognized numerous times in the WOOD 100: Strategies of Success, and Wegman himself was named a Wood Industry Market Leader in 2016. 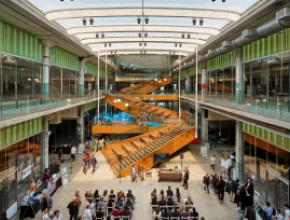 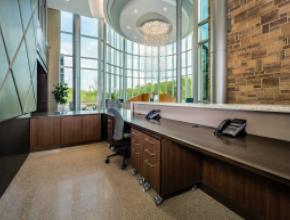 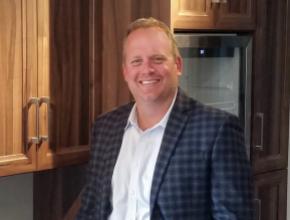