URBACH, Germany - Engineers at the University of Stuttgart have shape-shifted cross-laminated timber (CLT) panels into a twisted tower that looms over Germany.
The research team harnessed the natural shrinking process of wood by predicting how each timber panel would shrink as it dries out. They mastered the technique and built a staggering 46-foot wooden tower for Germany's Remstal Garden Show. 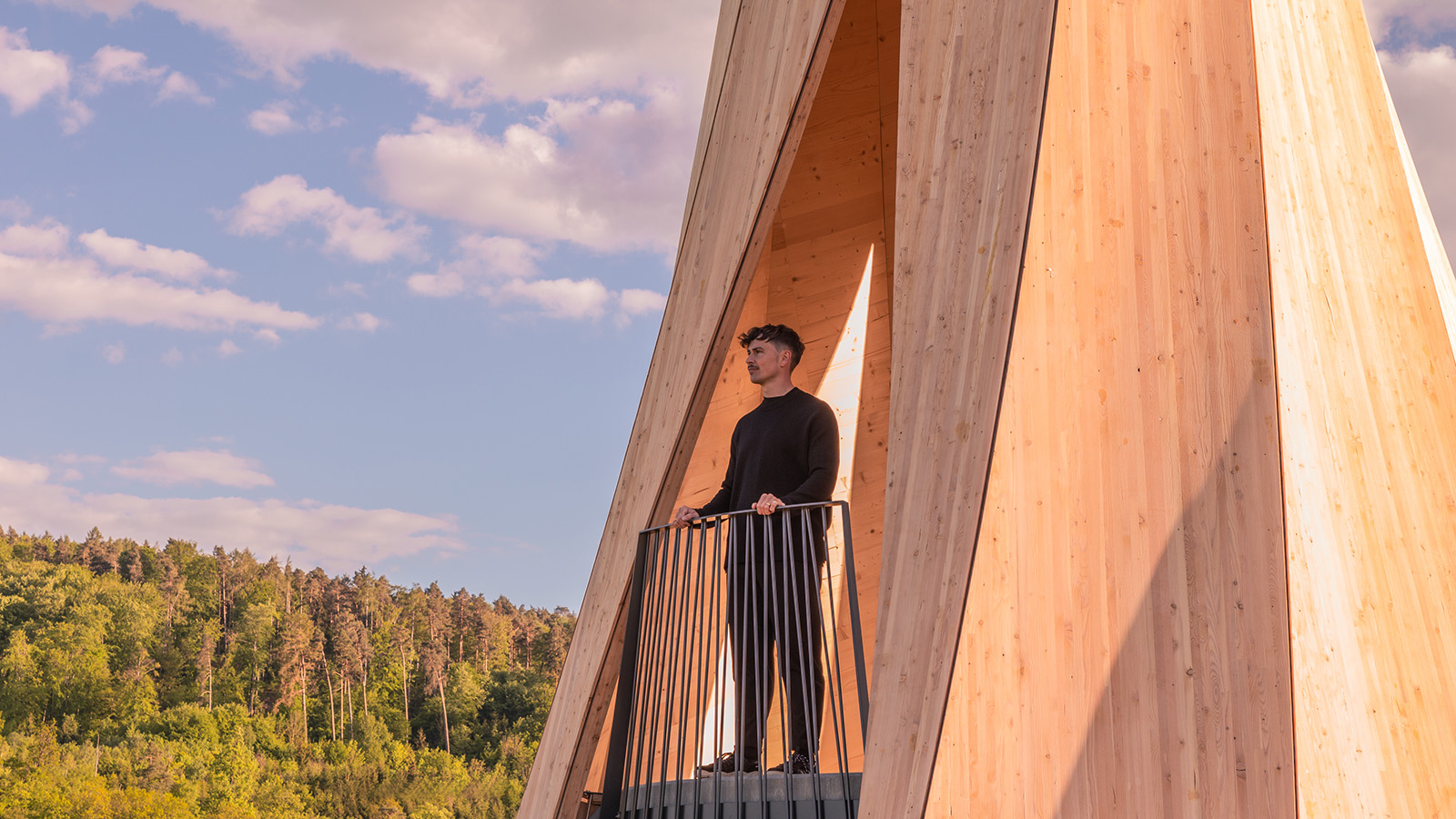 This is the first time this technique has led to the construction of an entire building.
"While making this work is relatively simple, predicting the outcome is the real challenge," said lead researcher Achim Menges. "Being able to do so opens up many new architectural possibilities."
The technique relies on the way wood holds moisture. 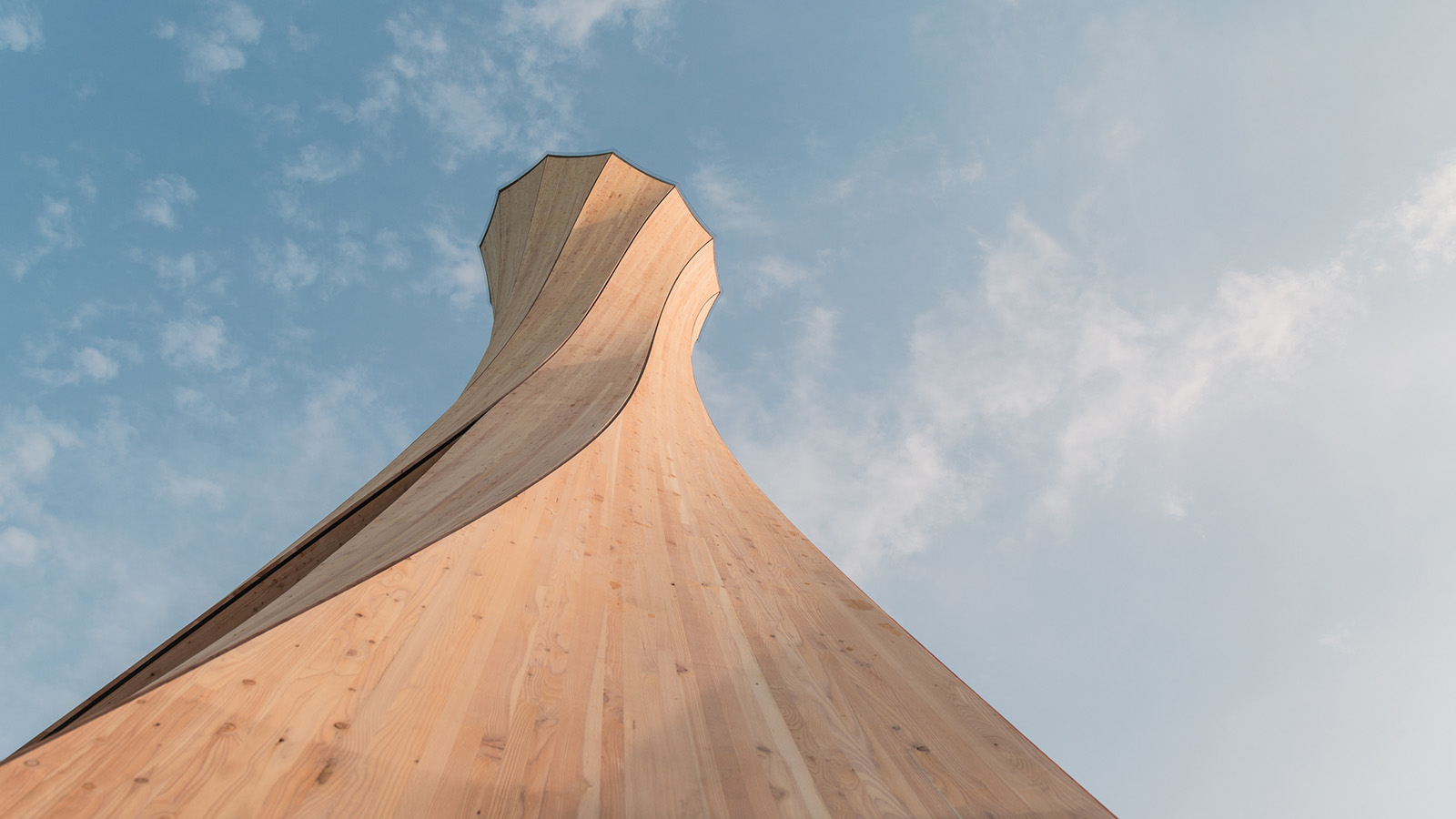 "In timber construction, moisture typically causes problems with cracking and deformation; hence, moisture changes and stress development must be carefully controlled," the researchers explain. "In contrast, in this project wood is programed and arranged in a way to utilize this powerful, naturally occurring deformation to trigger a designed self-shaping behavior. In the same way that machines can be programmed to perform different movements, wood parts can be programmed to transform into predetermined shapes when dried."
The process began with five 2-foot CLT panels made of bilayered spruce wood from Switzerland. The panels were manufactured flat, featuring 22 percent moisture content. 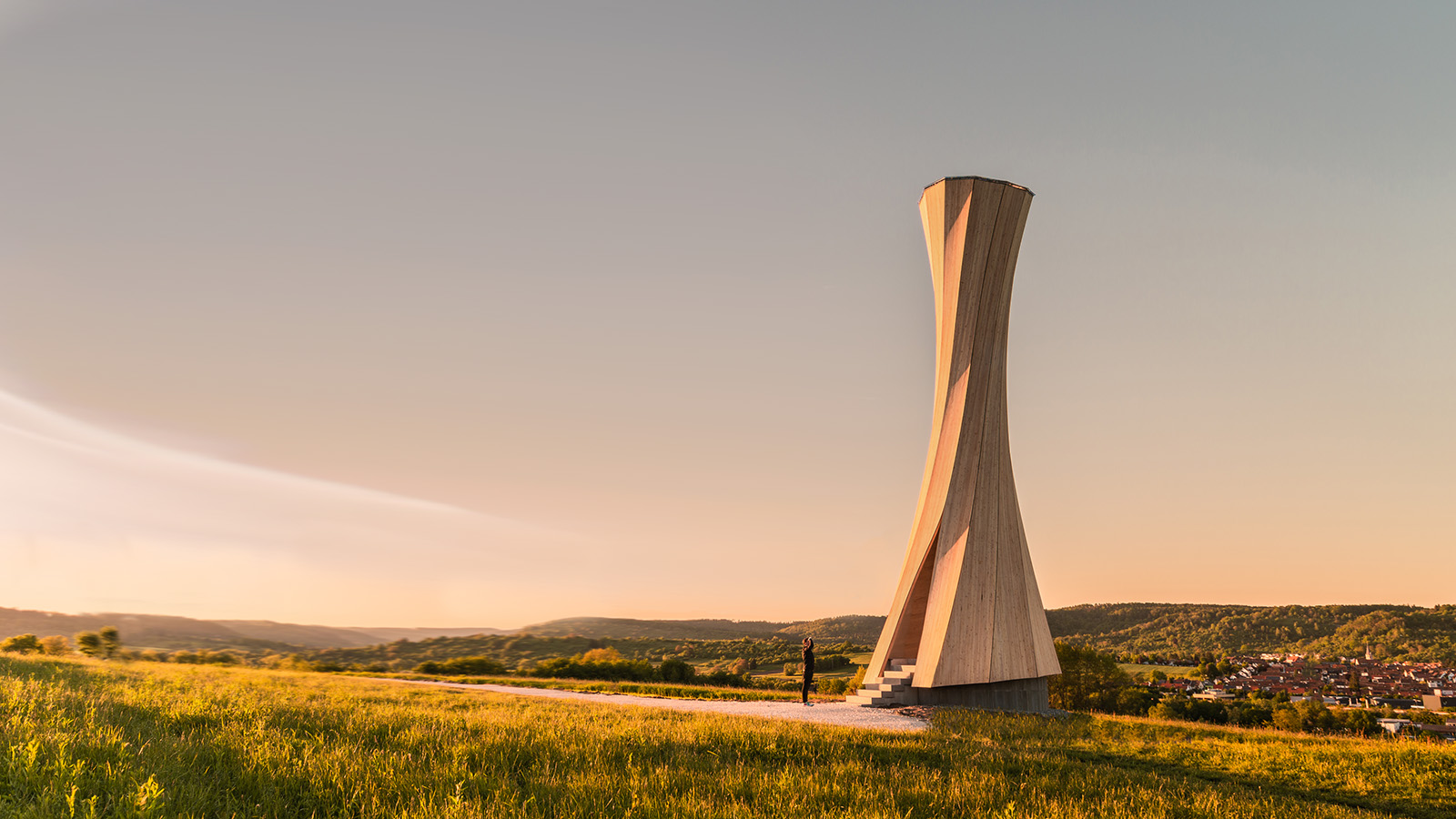 Using computer simulations, the researchers calculated the precise amount of moisture each panel needed to have, as well as the direction the grain of each piece of wood should go. This allowed them to predict exactly how much each wood panel would curve. If the difference in moisture between two panels is large, the wood curves more. In some panels, the team "programmed" the wood to bend to a radius of more than three feet.
When each laminated panel dried out, the pieces curved naturally. No molds or braces were required.
The team found that if the grains of two panels are perpendicular to one another, the resulting piece would twist as well as curve.
The 46-foot tower was prefabricated in five days and took just five hours to assemble. The tower is on display until October 20.
Cross-laminated timber, a form of mass timber, is driving the effort to replace concrete with wood in construction around the world. These buildings are faster to construct, more energy efficient, and comprised completely from renewable materials. The recently approved Timber Innovation Act incentivizes timber construction in the U.S.
In late 2018, the Washington State Building Code Council announced a revision to the state’s building codes to allow for expedited permitting of buildings made of CLT. Specifically, the Washington building code will now allow for wooden buildings up to 18 stories tall.