CHICAGO HEIGHTS, Ill. – Morgan Li, a custom fabricator of fixtures, furniture and graphics has opened a 125,000-square-foot warehousing and distribution facility in nearby South Holland, Illinois.

The company, which was featured in the July issue of FDMC magazine, will use the space to support growing demand from clients both old and new.

The story, Fixturing is just the beginning at Morgan Li, outlines the company’s plans to expand its physical footprint and its wood products manufacturing capabilities.

This is Morgan Li's second expansion in the past year following the January purchase of a 13-acre, 230,000-square-foot production space in Chicago Heights.

"It's incredible to think how far Morgan Li has come in the past thirteen years," said Andy Rosenband, founder and CEO of Morgan Li. "It feels like just yesterday that we had just a few employees and a paint line. But with this addition, we're ready to do so much more."

With the addition of this facility, Morgan Li now has four locations under ownership or lease in south suburban Chicago and boasts nearly three-quarters of a million square feet of production, warehousing and distribution space. David Rodriguez, former Packing & Assembly Lead at the company's main production facility will now run the South Holland location.

"We couldn't be more excited for this expansion," said Jonathan Rosenband, president of Morgan Li. "This wouldn't be possible without the amazing work that each member of the Morgan Li family puts in." 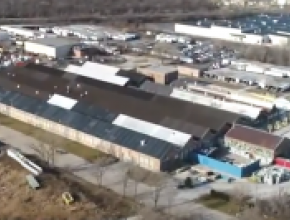 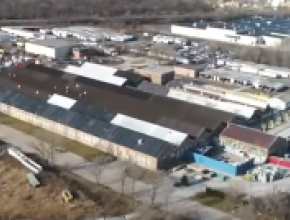 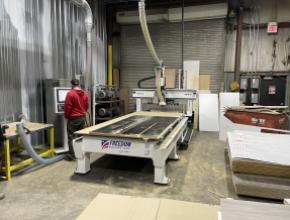 Fixturing is just the beginning at Morgan Li