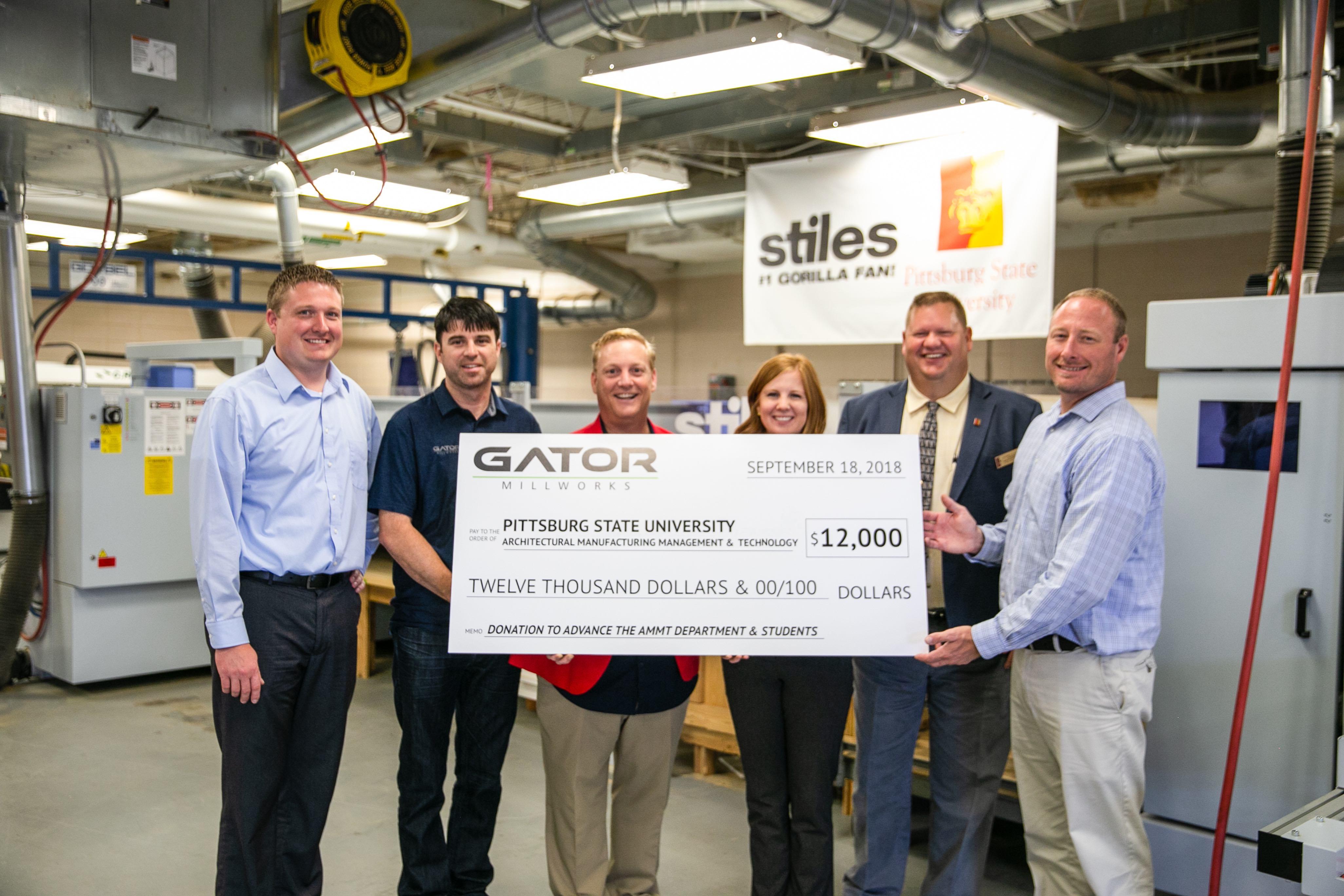 PITTSBURG, Kansas -- Chad Foster never got to finish college. But he knows the value of the degrees that students earn in Pittsburg State’s Architectural Manufacturing Management & Technology program: He’s now the president and CEO of a company that last summer put PSU students to work as interns.

His desire to see the program keep churning out qualified graduates for the workforce spurred a $12,000 donation.

“PSU students are the future of our industry,” said Foster, president and CEO of Gator Millworks in Denham Springs, Louisiana. “Supporting the program, the only one of its kind in the U.S., makes sense. If we want a better workforce for our industry, this is truly where it all begins.”

Foster didn’t take the traditional route to becoming a corporate leader. His father, Randy, opened the company in 1994 to produce architectural millwork for the residential market of Livingston Parish and the surrounding areas.

Ten years later, Randy fell ill and was forced to engage the help of Chad, who was a junior in college at the time, to run the business. Intimidated at first by the prospect of running the company, the younger Foster soon embraced the challenge and dedicated himself to propelling Gator Millworks into being an industry leader.

The company grew, and by 2007 had branched into the commercial market.

Three years ago, Charlie Phillips, an assistant professor in AMMT, began inviting the company to attend Wood Tech Company Day in the College of Technology.

But Foster was busy facing another challenge. In August 2016, massive torrential rain squalls and a devastating flood hit the area and left Gator Millworks with 30 inches of standing water. Everything was destroyed.

Employees formed crews, some to clean the company’s buildings, and others to help fellow employees recover, and within nine days, the shop was once again producing cabinetry. The company then set about rebuilding offices, a new showroom, and office space.

Last spring, four representatives from the company, including Foster, finally made it to campus for a career day event.

“They put a lot of effort into getting here, and I think they were excited to see what we do,” Phillips said.

“We were incredibly impressed with the skills they showcased during their time at Gator,” Foster said. “Through hands-on learning, PSU is providing real-world experience on the tools, software, and equipment we use each and every day.”

Gator Millworks returned to campus last week for the College of Technology’s annual Company Days, and they didn’t come empty-handed.

“It was a pleasant surprise,” said Phillips of the $12,000 donation. “It’s great that they see the benefit of investing in the program. They see the big picture, the value. It’s very meaningful for us, and we’re grateful for the relationship that has been built.”

Phillips said in coming months he’ll be focused on recruiting more students to the program — something Foster is happy about.

“By investing in this program, we’re investing not only in the school and its students, but in the future of our industry as a whole,” Foster said.

In recognition of his efforts on behalf of the industry, the community, and at Gator Millworks, Foster was recently named an honoree in the Wood Industry 40 Under 40 Class of 2018. The 40 Under 40 celebrates the next generation of industry professionals who are making an impact on wood products manufacturing in North America. 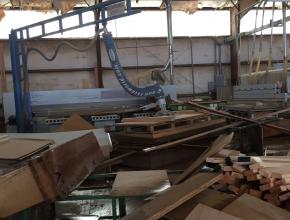 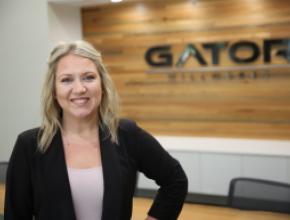