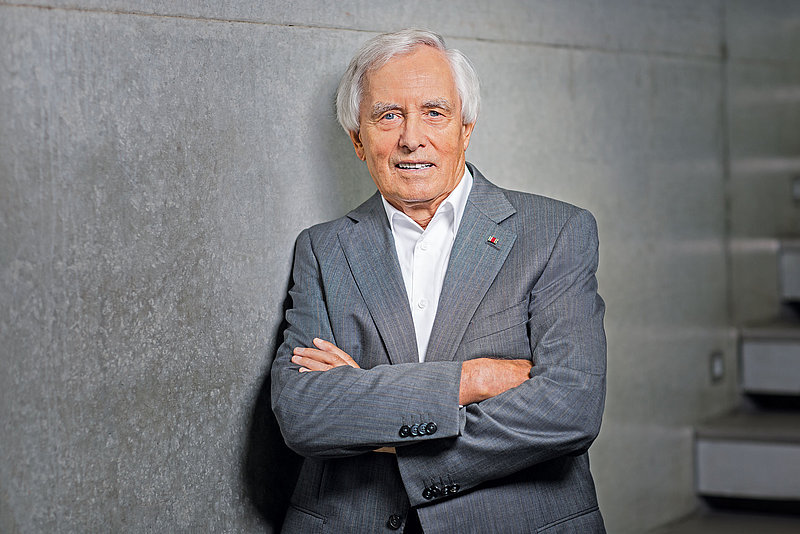 Anton Hettich, managing partner and Chairman of the Advisory Board of the Hettich Group, died April 24, 2021.

Anton Hettich, long-standing managing partner and Chairman of the Advisory Board of the Hettich Group, died April 24, 2021 after a short illness. He was 91.

Anton Hettich had been a co-partner in the family business in Schramberg since 1949. After the early death of his father in 1956, he became a member of the management at the age of 27. In January 1959, following the legal separation from the parent company in the Black Forest, he became Chairman of the Management Board of Paul Hettich GmbH & Co. KG in Herford. In 1991, he moved to the Advisory Board. It was not until 2016 that he ended his tenure as Chairman of the Advisory Board.

“Through his commitment and wealth of ideas, he developed the company into an internationally successful enterprise,” said a company spokesman. “Many technical developments and new site foundations were created under his leadership.”

Hettich was founded in 1888 and is today one of the world's largest manufacturers of furniture hardware and fittings. The company has more than 6,700 employees in almost 80.

In addition to his work for the company, Anton Hettich was also active in association and community offices. For 10 years, he was Chairman of the East Westphalia-Lippe Entrepreneurs Group. He was also Vice President of the East Westphalia Chamber of Industry and Commerce in Bielefeld for several years. As honorary chairman of the Industrievereinigung Möbelzubehör (IVM) in Düsseldorf, he remained closely associated with the hardware industry. In the 1970s, Anton Hettich was a CDU (German political party) councilor in Herford. As chairman, he successfully developed a local golf and country club.

Anton Hettich received several awards for his successful entrepreneurial activities. In 2006, he received the Hessian Order of Merit. In 2014, he was awarded the Federal Cross of Merit on Ribbon.

A company spokesman said Anton Hettich “always kept the common good in mind and was also honored many times for his social commitment. One of his most important goals was to promote the education, training and upbringing of children and young people.” He established the Anton Hettich Foundation in 1992. Together with his son Andreas, he increased the foundation capital to 14 million euros in 2019 on his 90th birthday.

The company issued a statement saying, “The death of Anton Hettich leaves a big gap. His family, all the shareholders, the advisory board, the management and the entire Hettich team mourn the loss of a great personality and will continue to develop the Hettich Group in his spirit.”