Profit on a project most certainly depends on how you price it. Too low, and you lose money, but too high, and you might not get the job in the first place. That’s the fundamental conflict that drives price variations in how custom woodworking shops price their work, and once again it is reflected dramatically in the annual FDMC Pricing Survey.

The 2020 FDMC Pricing Survey is sponsored by Keystone Wood Specialties.

After more than 20 years of annual surveys, the concept remains the same. We collect original bidding specifications from real jobs done by real shops and share that information in a bid package available to any shop. Shops all across North America submit bids along with breakouts for materials, shop rates, construction hours, installation, and finishing. The itemized results are printed without the shop names but include what state or province they are from.

With a pandemic going on, we had no idea how responses would be to this year’s FDMC Pricing Survey. Interest seemed actually higher this year, but the total number of bidders was about the same. Pricing on some projects narrowed, but others showed the same historic wide variations.

By far the most popular project this year was a white Shaker kitchen. It should be no surprise that the single most popular kitchen style in North America earns the most bids from the Woodworking Network and FDMC audience. The price variation was high (high bid more than four times the low bid), but not nearly as high as some projects in past surveys. This shows that even such a common project as a white Shaker kitchen is open for wide swings in pricing.

It also shows where estimates can run off the rails in not accounting for all materials or underestimated production labor. The original bidder had not only the highest material price quote, but also the highest construction hours and nearly the highest installation and finishing hours. Even though his shop rates were below average, his final bid was the second highest to be submitted.

What is fascinating about the survey, year after year, including 2020, is that variations in estimates for materials, labor and for final price seem to have no relation to the level of detail provided in the bid package. One might assume that more detailed project information would result in more competitive bids, but that is not the case. And we know that almost all bidders take the survey very seriously. Most have decades of experience. Bidders this year averaged more than two hours to bid. One bidder took six hours.

How can you use the survey? What can you learn? The best advice is to download the bid package yourself from woodworkingnetwork.com/sites/woodworking/files/prisrv20.pdf. Bid all the jobs appropriate to the kind of work you do. Then compare your numbers. Pay special attention to the variations in materials and time estimates. If you have more than one estimator in your business, have all the estimators do the survey independently and then compare results. This gives you a great opportunity to get all estimators on the same page.

There are still shops reporting incredibly low shop rates. We find it difficult to believe that a shop can cover its overhead and make a profit with a shop rate of only $35 per hour.

We expect to see variations in pricing because no two shops price things or build things exactly the same way. Exploring the differences can make all shops smarter in their pricing and lead to more consistent profitability. 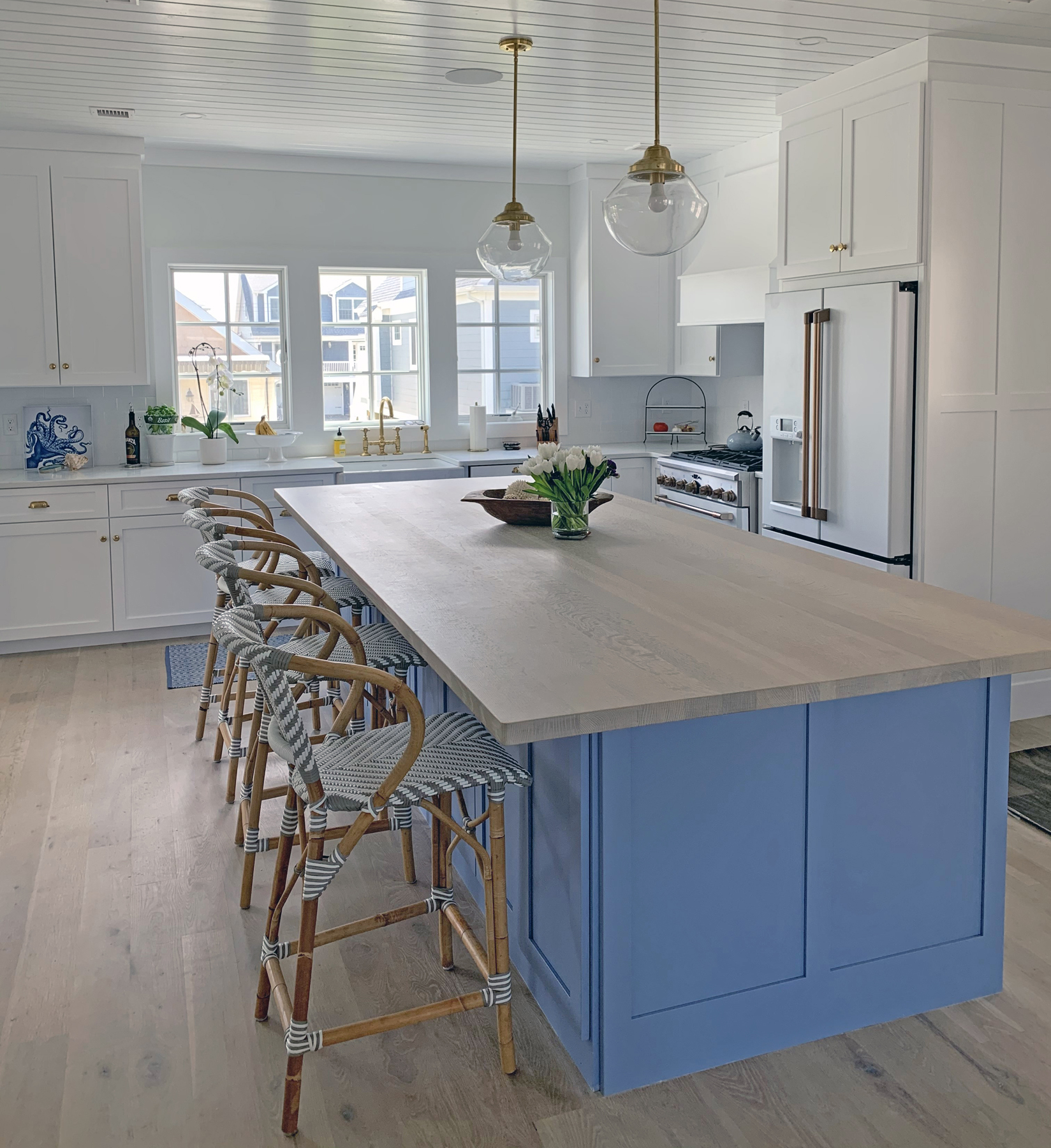 The most popular project in this year’s survey is a beautiful white Shaker-style kitchen. It does come with quite a few whistles and bells, including rollouts, a recycling center, lazy susans, and an island top to match the flooring. It’s the kind of job that represents a great cross-section of common pricing issues in a mainstream project. 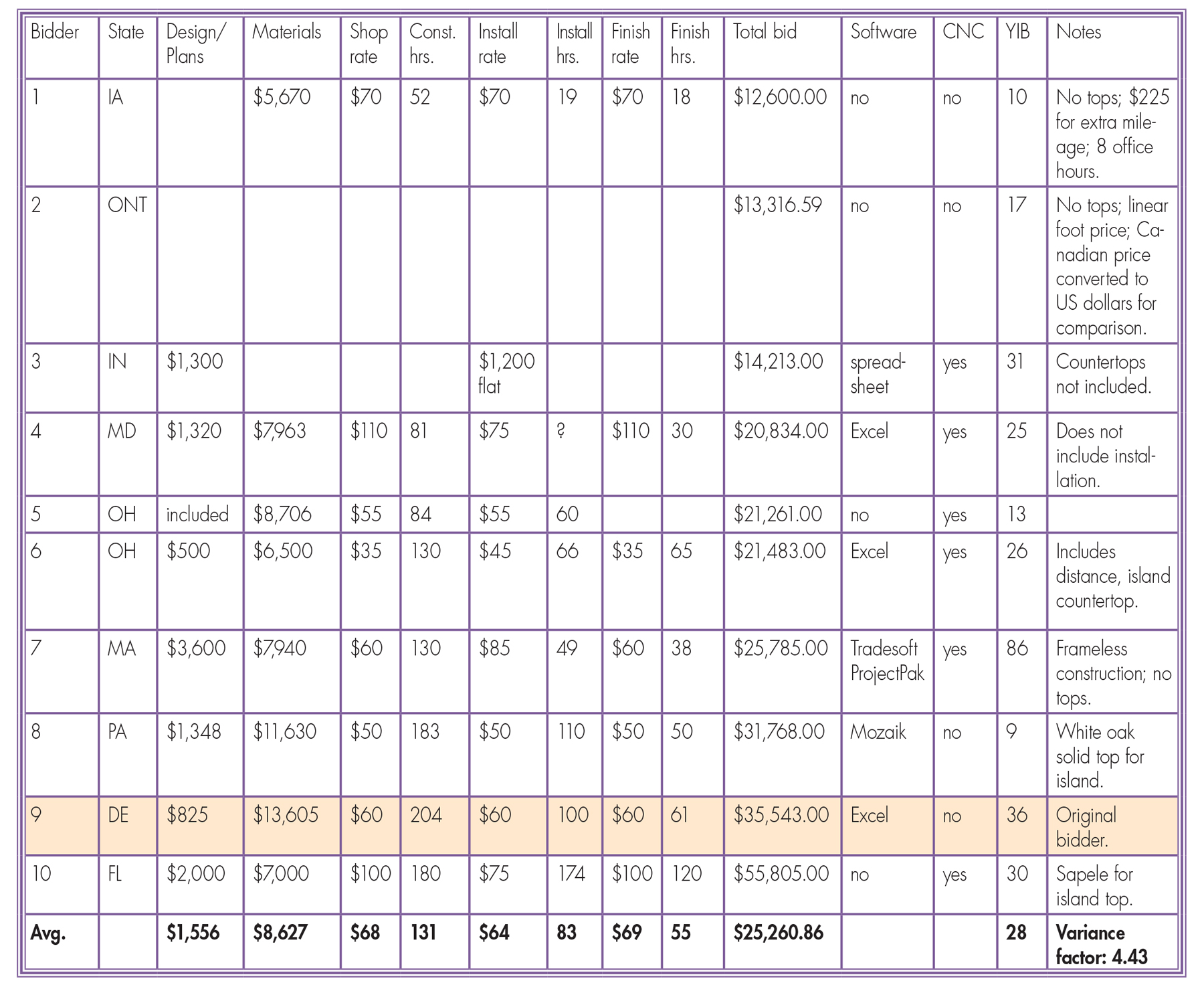 The high bid of $55,805 from Florida is more than four times the low bid of $12,600 from Ohio. The average came in at $25,260, but that’s still more than $10,000 under the original bid of $35,543 from a Delaware shop. With a few outliers, the materials estimates are surprisingly close together, averaging $1,556, but that’s almost double what the original bidder said he had for materials. The real variances show up in the time estimates, which vary by a factor of four or five between high and low. 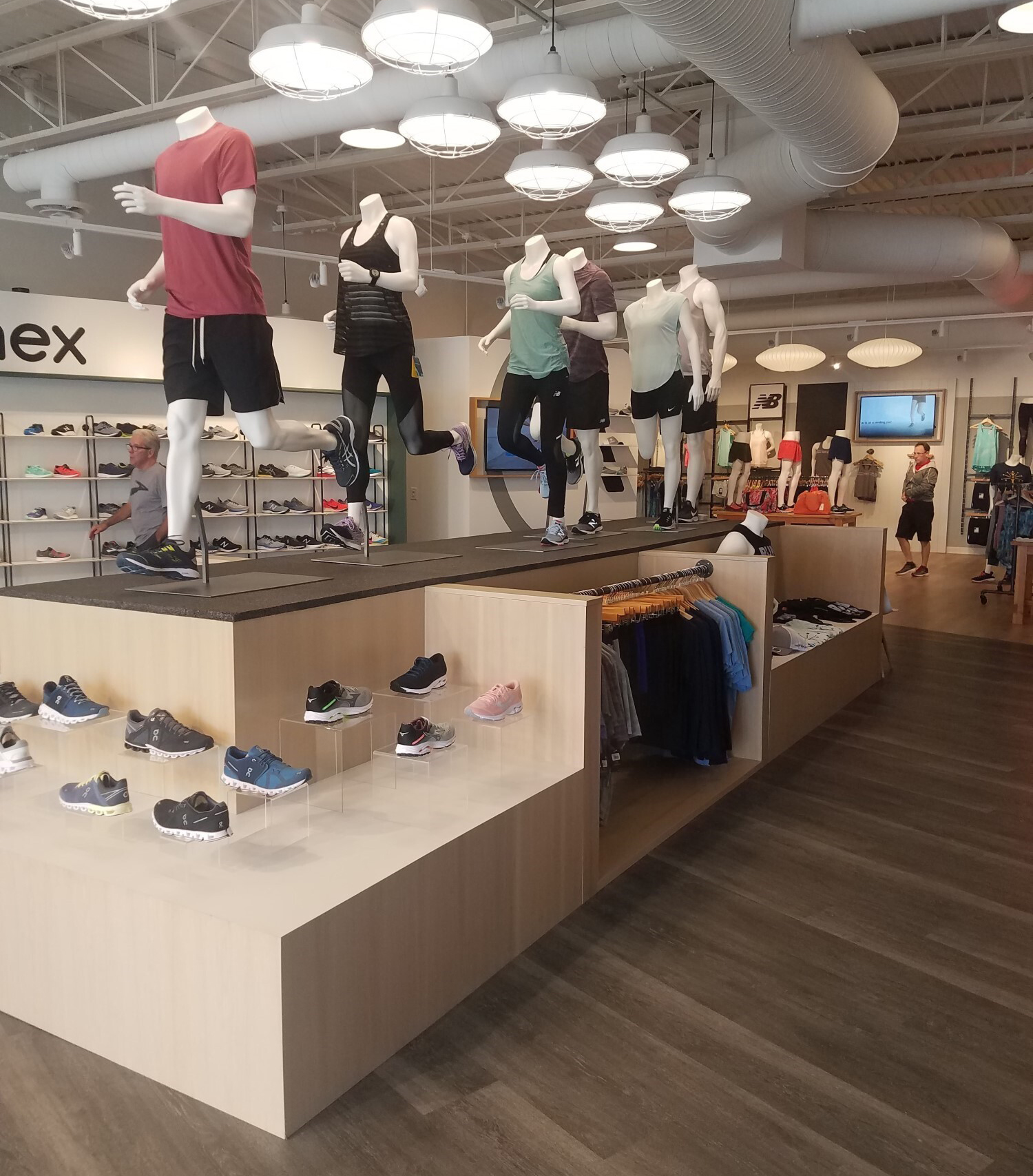 This is a commercial build-out for a retail athletic clothing store. The original shop says there were six key aspects to consider: 1. A laminated frame with soundproof tile insert barrier wall for the cash register; 2. Four TV frames; 3. Three display stands for mannequins with slat wall and pedestal; 4. A 10-foot-wide slat wall panel; 5. A frame around the shoe displays; and 6. A large display unit with soundproofing.

This project was originally in the 2019 Pricing Survey but garnered no bids, so we offered it again to answer requests for a good commercial project. We thought it should appeal to existing commercial shops and those who want to break in. Still, it did not attract many bids. They ranged from $13,585 from Ohio to nearly double that, $25,785 from Massachusetts. The original bidder was the second lowest at $19,841, nearly the same as the average of all bids at $19,869. This project showed much closer bidding, perhaps reflecting the competitiveness of commercial work. 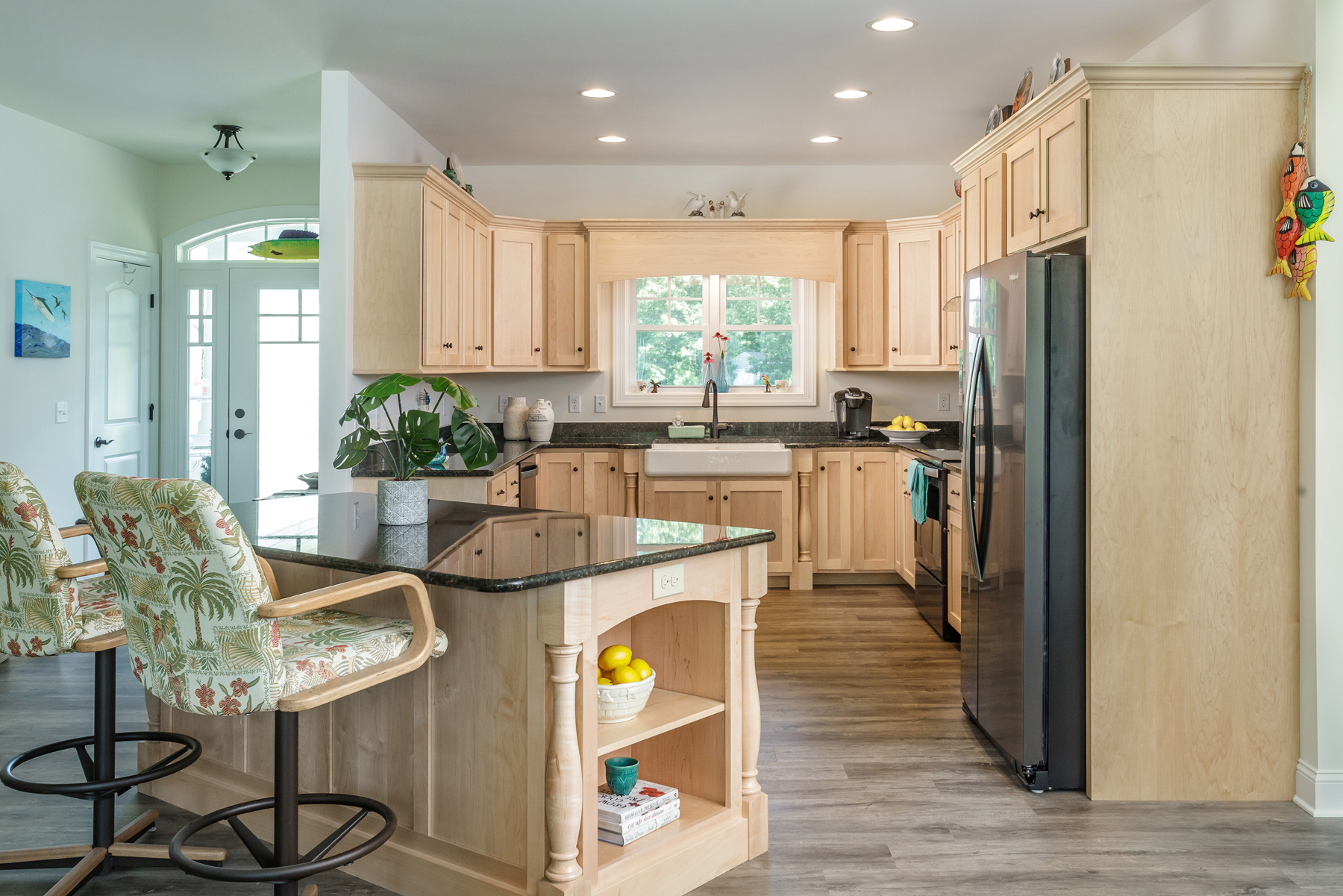 Natural maple is almost as popular as white paint for a kitchen, but this project was more than a kitchen, including bathroom vanities, a laundry room, and an entry "drop zone." The original shop did the job in conjunction with a builder, outsourcing doors and drawers.

Not nearly as popular as the white Shaker kitchen, this project attracted a handful of bids, similar to the commercial project. But unlike that project, the whole house bids varied widely, ranging from $24.500 at the bottom (the original bid from Delaware), to $92,710 from Florida. Some of the variance may be attributed to the original bid was a "builder price," whereas we suspect the other bids were quoted at higher retail prices. Still, there is much to be learned from studying the variations in estimates for materials, hours, and shop rates. 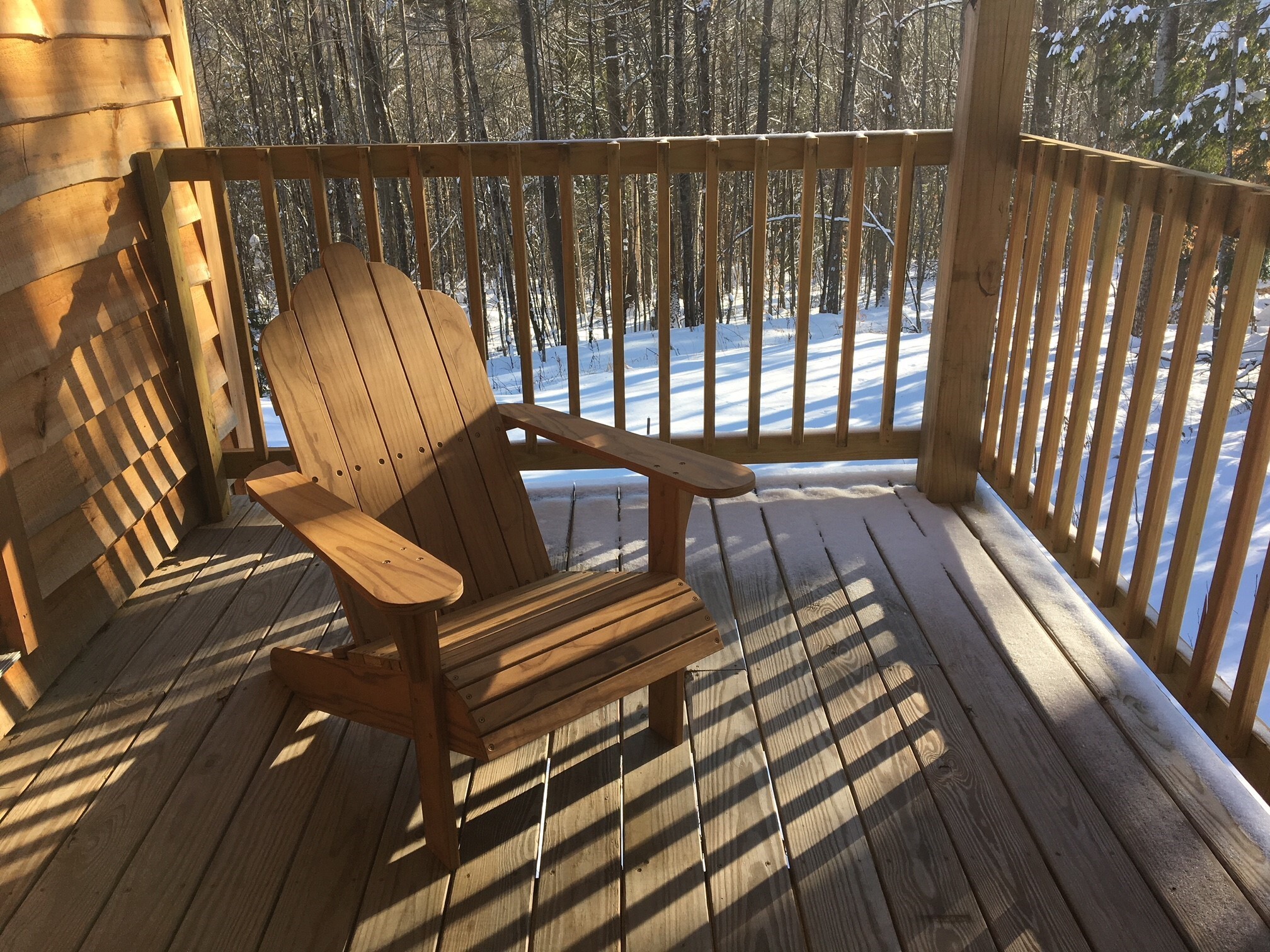 For the customer who wants comfortable outdoor seating a step up from discount plastic chairs, this elegant and classic Adirondack chair is made from Lignia wood, a polymerized pine designed to stand up to the weather without the toxic chemicals of common pressure-treated lumber. Lignia is a new product for North America, and the bid package included supply information to aid bidding. Still, some bidders substituted other traditional weather-resistant woods.

We’ve never had outdoor furniture in the survey, and we’ve never had a project using polymerized wood, so this was an experiment. Prices ranged from $436.45 from Tennessee to $2,568 from Maryland. The original Maine bidder put the price at $800, which is significantly under the average bid of $1,120. Most bidders substituted another material for the Lignia wood, so it’s not exactly an apples to apples comparison, but quoted construction times are surprisingly close together despite the wide variation in final price. 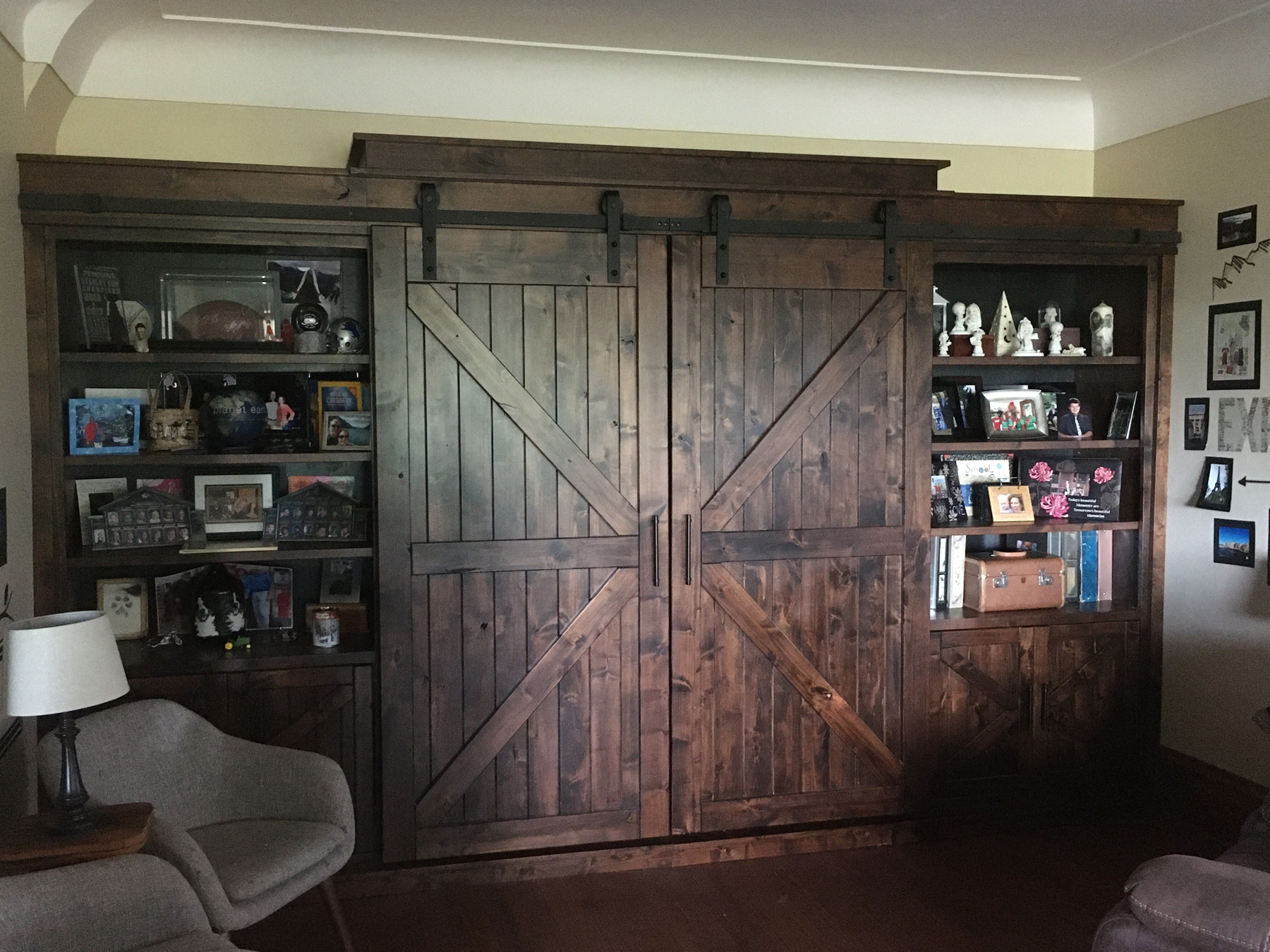 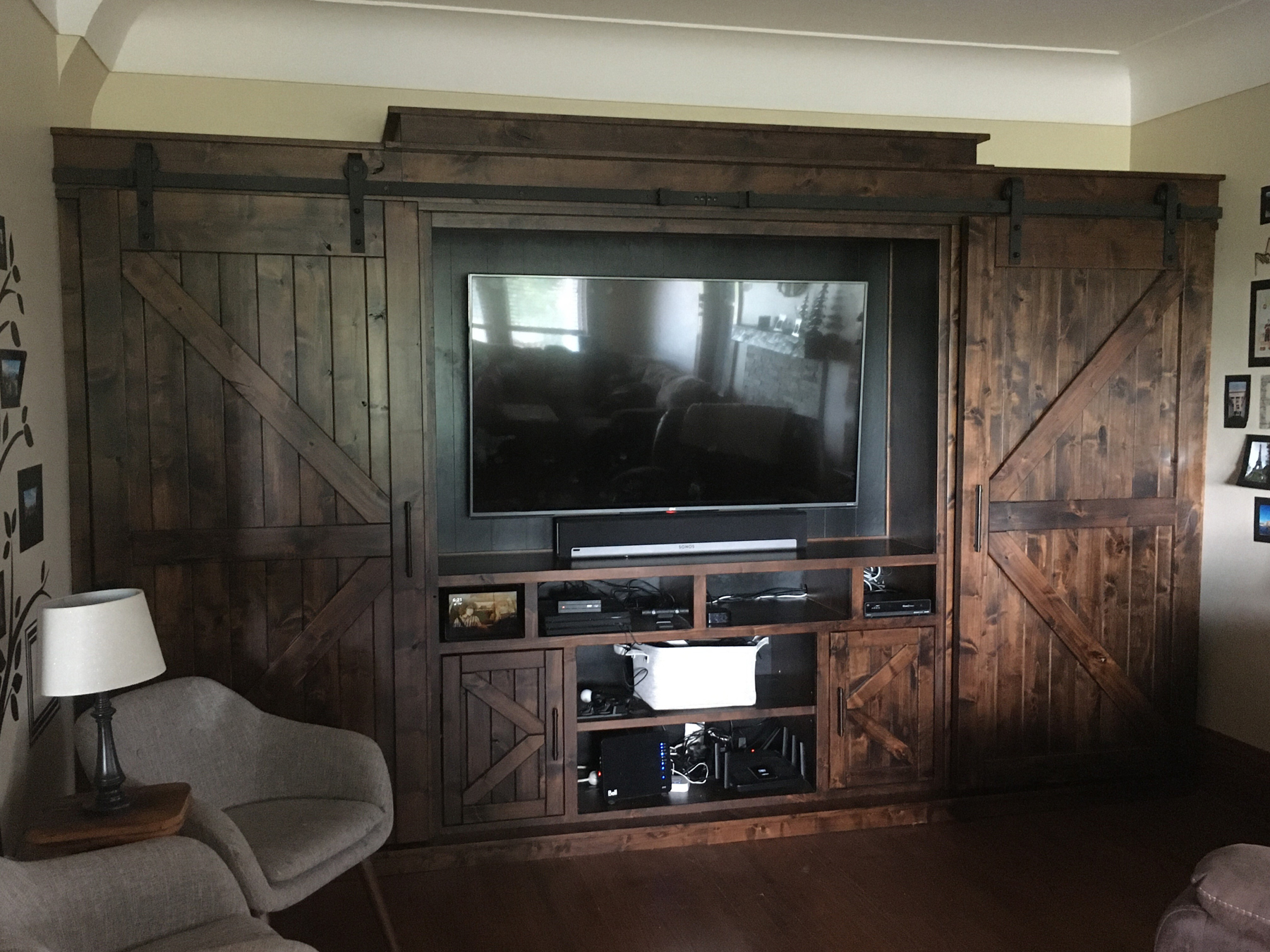 Cabinetry and built-ins to house televisions and audio equipment have changed just as the technology has changed, but the concept is constant.

This project uses trendy barn doors to conceal the central television unit. When closed on the center section, the barn doors allow access to the side shelf units. When slid to the sides to reveal the television, the doors cover those shelves. It’s the kind of simple and beautiful solution that should appeal to shop owners and clients alike. The built-in spans an entire wall at 150 inches with units that are 86 inches tall with a 6-inch cap in the middle all accommodating a cove in the ceiling. It’s all in knotty alder with black backings.

While knotty alder was once very popular, especially in western regions, it’s popularity has waned a bit, and several bidders said they could not bid it because they couldn’t source the material and had no substitute. For those who did bid, the low of $6,574 from a Delaware shop, was less than a third of the high bid of $22,420 from a Florida shop. The original bidder from Canada came in at $7,231 (price converted to USD for comparison), the second lowest price.

For information on the 2021 Pricing Survey, contact Will Sampson at will.sampson@woodworkingnetwork.com.