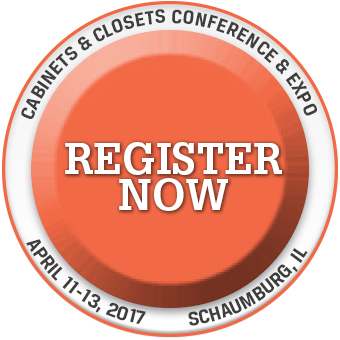 Matt Krig, owner of Northland Woodworks, says he plans to be “brutally honest” when he talks to fellow woodworkers. “What I want to tell people is if you're going to have a cabinet business, one needs to stop thinking like a cabinetmaker, and start being a business person,” Krig says.  Krig, who is also president of the Cabinet Makers Association, will be addressing woodworking business owners April 11 at the Cabinet Conference in Chicago. “We are creating processes not around people, but around the job, then seeking candidates who are an exact fit to the job and our culture,” says Krig. “We are figuring out how to make a business that is scalable, so we can grow; and one that is ultimately saleable.

"I'm seeing a tidal wave of baby-boomer age shop owners who never really planned an exit strategy by taking the steps to maximize the value of the business as a saleable entity.”

Not that Krig has plans to leave his business. Rather, he sees that as another measure of a business’s organizational success.

“Having systems is important for a business,” Krig says. “If it all centers on me or a small handful of key people, then what does the business really consist of if they leave?”

Northland Woodworks is upgrading manufacturing, adding a hot air, zero-joint edgebander from Stiles Machinery, part of an overall effort to improve quality, and to bring sales up to a record in 2017. Krig plans to share his methodology with attendees at the conference.

“I’ll present a case study of what we have been working on the last couple years,” Krig says. “We’re trying to push beyond $2.5 million in sales this year.” One way he has done this over the past few years is to break down the annual target into bite-size, weekly goals. These are further broken down into individual steps, and responsibility for overseeing reaching each step is assigned to individuals in the company. At a weekly review meeting, they check in on the status of each area.

During his presentation, Krig says he will share the formula that he uses to track Northland Woodworks, including his S.M.A.R.T. approach.

“People don’t don’t take time to set goals that are S.M.A.R.T.,” Krig says, referring to the acronym for business project management grounded in Peter Drucker’s management by objectives approach.
S.M.A.R.T. refers to goals that  that are:

Using a customer relationship management system app called "Nutshell," Krig assigns categories of activities to individuals and tracks them on a dashboard.
“We have weekly steps we have to take to get to each of our objectives,” Krig says. “We review the status once a week. Four of our folks are on the leadership team.”

Krig says a  lot of people struggle with “running a small shop like a big one.”

Krig says a  lot of people struggle with “running a small shop like a big one.” But cabinet shop owners really need to, giving individuals within their shop a road map to grow as well as clear expectations of performance. “We fight hard to keep items we track to under 20 each week.”
“When people have goals in front of them, they strive to meet them or beat them,” Krig says. “You have to change small behaviors. If your close rate is 50% percent, multiply that by the weekly sales target, and figure out how much you need to quote to hit those sales.” For Northland Woodworks, that weekly figure is about $60,000.
" you have drill down, measure and define the activities that drive sales.- it could be as simple as make more phone calls, but you need to know and measure it,” Krig says. Adopting the program, “Our year has become so much more predictable….coupled with learning to watch the economy.”
The new zero-joint edgebander is a gamble, but a calculated one now that sales are more managed.
“It’s a highly speculative purchase for us, but all the key indicators are there. This approach also gives you a way to monitor to your people’s performance.”
During his session at the Cabinets Conference Track, Krig will share his Nutshell dashboard.
“My goal is people can leave this with something to they can use to start to improve their business and create a growth strategy based on a tactical approach. I see too many companies stuck in the past and failing to plan their future. We are as guilty as anyone of failing to grasp leading indicators of business and simply tracking history that we can't change through trailing indicators.
"I also don’t want creating a company dashboard or a CRM program to be something that is daunting. I had a serious aversion to this – until went to the Stiles EBC and it taught me that so many of the big guys started just like us and at some point became much more strategic and focused ON the business, not IN the business. I wanted to do what they have done so we began to fill in from where we want to be back to where we are today. We are living in what I feel to be the most amazing time in terms of opportunity, there has ever been with access to technology and information, yet many still run businesses on gut feelings, no data and hopes.”
“I will show how we track how many late deliveries there are, how many reorders – how many go out the door. It has made an immense difference.” .”

Krig leads off the Cabinet Track at Cabinets & Closets 2017 Conference & Expo on April 11 at the Schaumburg Renaissance hotel & Conference Center, in Schaumburg, Illinois.