COLORADO SPRINGS, Colo. -- Luke Elias, president of Muskoka Cabinet Company, is a visionary who has his Alfred, Ontario-based company at the forefront of the Industry 4.0 revolution.

Muskoka’s size – 75 employees working in an 18,600-square-foot plant – belies the tremendous level of investment – and commitment -- Elias has made to implement new technologies and processes over the years.

Since taking ownership in 1989, Elias has transformed Muskoka Cabinet into one of North America’s most technologically advanced woodworking factories. Under his leadership, Muskoka was an early adopter of nested-based manufacturing in 2000, implemented ERP software in 2004, fully converted to automated water-based finishing in 2005, became a paperless shop floor in 2009, began using RFID product tracking in 2012, installed its first production robots in 2015, and automated part tracking and movement in 2017. More recently, Muskoka implemented an RFID-enabled robotic panel processing cell, which Elias called “the most automated, fastest panel processing cell in the world,” and an RFID-enabled finishing line, capable of increasing the company’s finishing output by 50 percent.

It’s no small wonder that Woodworking Network named Elias a Wood Industry Market Leader in October 2021. In being bestowed that honor, Elias noted, “We call ourselves a high-tech company that makes kitchens … We put a lot of volume through this little factory and it won’t be long until we’re producing four times the industry average” per employee.

Elias is scheduled to discuss his company’s deep dive into front-of-trend technologies at the Executive Briefing Conference, Sept. 15-17, in Colorado Springs, Colo. He recently took part in a phone interview with Woodworking Network in which he addressed his passion for keeping Muskoka on the cutting edge of technology, including embracing Industry 4.0.

Woodworking Network: You have been at the forefront of so many emerging technologies. What is it that drives your pursuit of advanced automation as an entrepreneur in the cabinet industry?

Luke Elias: I’ve been inspired by people like Henry Ford and what he did with the production line and what Walt Disney did with his theme parks and the creation of all of the animatronics. I’ve always been fascinated with that stuff. It just really gets me going. Automating things is just fascinating. Industry 4.0 is a buzzword that’s been around for three or four years, but in a way, I’ve been thinking that way for decades. I truly believe things need to be connected. If you truly want to be lean, all operations need to talk to each other so you cut out extra material handling and redundant data input.

Elias: We implemented some stuff that maybe has been done, but I’m going to say hasn’t been done. We put in a new robotic panel processing cell that I call  SMARTSonic and an RFID-enabled water-based finishing line. We went through a lot of pain but everything is up and running now. The numbers we’re tracking are getting better and better.

Part of the challenge of completing these two projects was that we had to shift our five-year automation plan into overdrive because of the pandemic and its impact on the labor market. We all knew that the labor shortage was coming due to demographics but what we didn’t anticipate was that there was going to be a pandemic and that the labor pool was going to dry up at the same time business went nuts. All of a sudden, we saw the demand for kitchen cabinets going through the roof and the labor pool going through the floor. And all of this was on top of the supply chain issues, not being able to get hardware or other supplies when we needed them and when we could at escalated costs.

About two years ago we decided that we had to up our game and move our automation plans forward faster. Whatever employees we can find have not been trained and we simply don’t have the time to train and get these people up and running especially when half of them don’t even stay for very long. It’s never been so bad.

Because of the labor shortage, we had to look seriously at leveraging our MES, manufacturing execution system, that ties everything together. We boiled down the tons of production data we have collected and produced interfaces for the MES that show people exactly what they need to know when they need to know and what they need to do. It’s a tall order because you want to make the instructions simple, clear, and easy to understand so that they can efficiently help produce custom cabinets and an ever-expanding variety of door styles, finishes, and hardware offerings.

WWN: Has this challenging manufacturing climate made you think about cutting back the permutation of custom cabinetry options that Muskoka offers?

Elias: Definitely. We’ve had to discontinue, for now at least, some cabinets made with materials that are harder to get, that are more complicated to make, and that we don’t sell enough of. Because of spiraling price increases, we have had to ditch our traditional products catalog that we offer our dealers and customers.
WWN: How does the SMARTSonic address your labor and production challenges?

Elias: This is an RFID-enabled panel processing cell. It starts with a Biesse Winstore inventory retrieval system that feeds into a robotic CNC nesting cell. What’s new is the vision system we added to the robot that removes the nested parts from the machine. In our old robotic cell, when the parts were coming off the CNC table, they would be on a spoil board. The whole spoil board moved but the parts didn’t move. The robot knew where the parts were because the location didn’t change.

The new system is faster because there is continuous movement. At the same time the robot is pushing parts off the spoil board in the outfeed, a new sheet is being dragged onto the table. When the parts are pushed off, they get crowded together and the robot loses location data. The vision system’s cameras read the new location of parts and transmit that information to the robot so that it now knows where the parts are and can start the next process, such as feeding parts to the doweling machine. This technology was a first for our partner AutomaTech Robotik. Because it was brand new it created challenges that took almost a year to work out.

On the software side, we integrated our MES system with the Winstore and the Biesse nesting machine. Rather than the CNC operator having to go to the screen to see what to do next, we linked the cell to our MES system so that it does the scheduling. In essence, we are controlling the job input at Winstore through our MES system. Because the MES keeps track of what’s in inventory and what’s on the shop floor, our purchaser knows when to order something based on our factory production schedule. This integration is what Industry 4.0 is all about.

WWN: What has been the outcome of the SMARTSonic work cell?

Elias: We’re not up to capacity yet but the cell’s output is 50 percent more than the biggest month of production prior to installing SMARTSonic. It’s even greater when you consider that we used to operate 24 hours a day and now we run 18 hours a day.

WWN: What if you had not taken this leap?

Elias: (Laughs) I don’t know where we’d be with the demand that came up during the pandemic. We did not take on any new customers. We’ve just been trying to service our existing customers. I don’t know what would have happened. I don’t want to think about it.

We’re doing a lot more business so our number of people has not gone down. They just haven’t gone up as much as they would have if we did not have the system.

The whole driving force for me to pursue technology is to take what many have considered a low-tech industry and make it a little more appealing to attract people, offer better-paying jobs, and raise the caliber of how the traditional job in our industry looks. You are never going to be able to pay someone a really good wage moving a part from here to there. When you automate, you give people tools so that they can do more with less. It just drives their value up and makes the job more interesting for them. They are learning new skills. How cool is it to learn about robotics and RFID and all of this Industry 4.0 stuff?

WWN: Why are you willing to get up in front of your competitors and potential competitors to talk about what you are doing?

Elias: I share because we need our machinery manufacturers, our suppliers, everybody to bring this industry into the 21st century. Just because I share my secrets doesn’t mean that my competitor is going to become a leader necessarily. The will to innovate has to be there. Look how it took the industry to invest in CNC nesting machines. When I got my first one in 2000, I thought, “This is it. This replaces the machine that does the drilling, the machine that does the cutting, and the machine that notches out the toe kick all in one machine. I got to have this.” Yet, how long did it take for most people in our industry to latch on to that? So, just because I’m giving it up doesn’t mean I’m going to lose my competitive advantage. It’s ultimately going to help me because everybody around me, especially my suppliers, will know what I’m talking about finally.

About the Executive Briefing Conference
Since 2002, the EBC has been the premier venue for key manufacturers to network and explore new ways to succeed. By providing strategic and practical information that addresses manufacturing challenges, the EBC provides a unique forum to find out about new technologies and methods, and discover opportunities in a non-commercial environment. For sponsorship opportunities, contact Harry Urban at 708-373-4344, [email protected]. 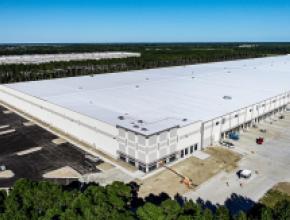 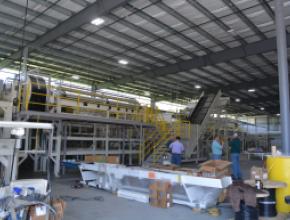 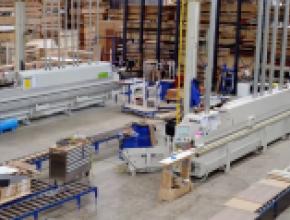