LEBANON, Ind. - The Shaper Origin, a hand-held router steered by a smart-phone sized guidance system, has begun taking pre-orders. Developed by an MIT student when he had trouble building picture frames with an ordinary router, the Origin is expected to begin shipping in a year. 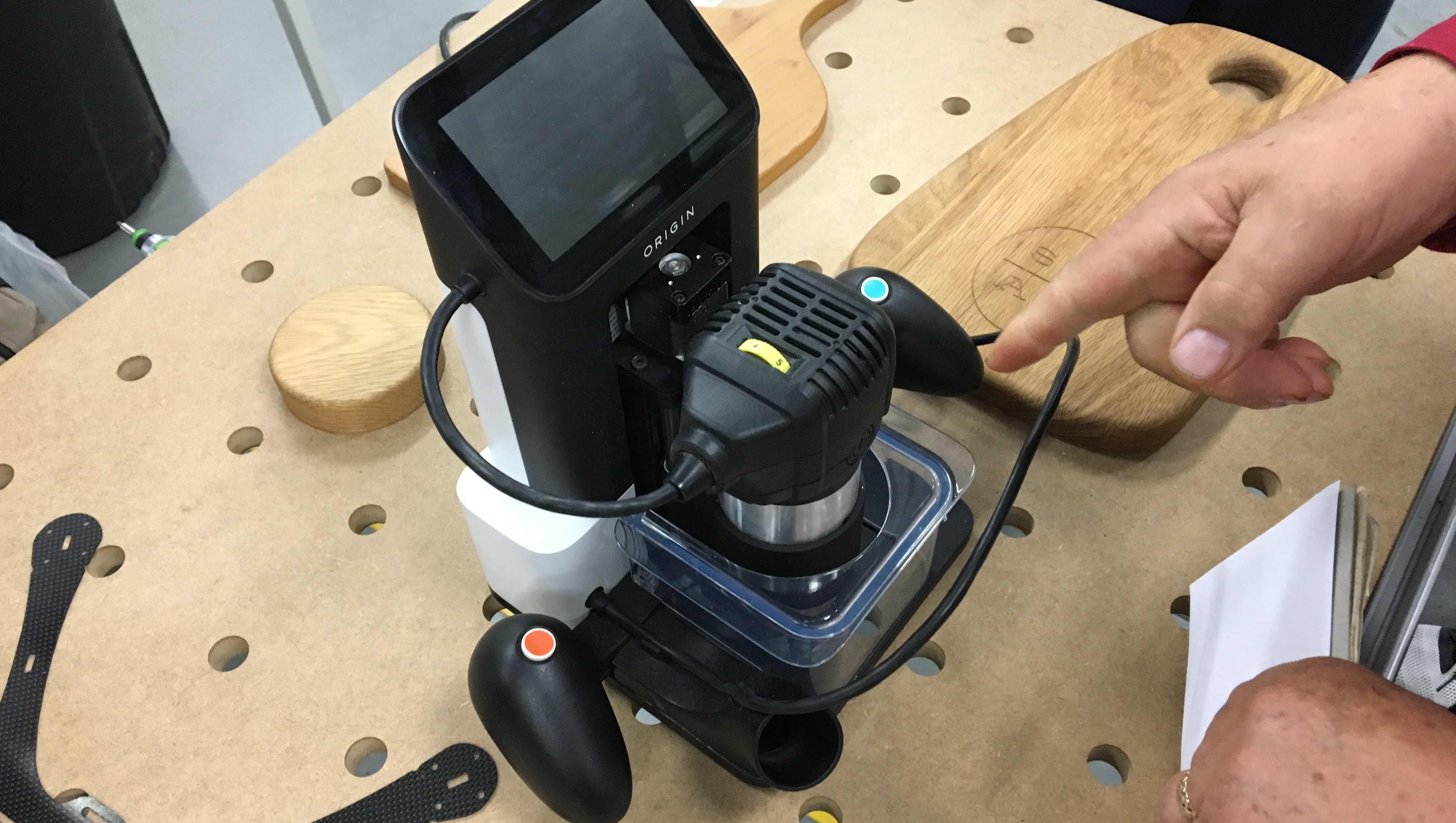 Along with This Old House star Tom Silva and displays and demos of Festool's newest power tools and project aids, the Shaper Origin was on display, affording hundreds of visitors the chance to see and use it. 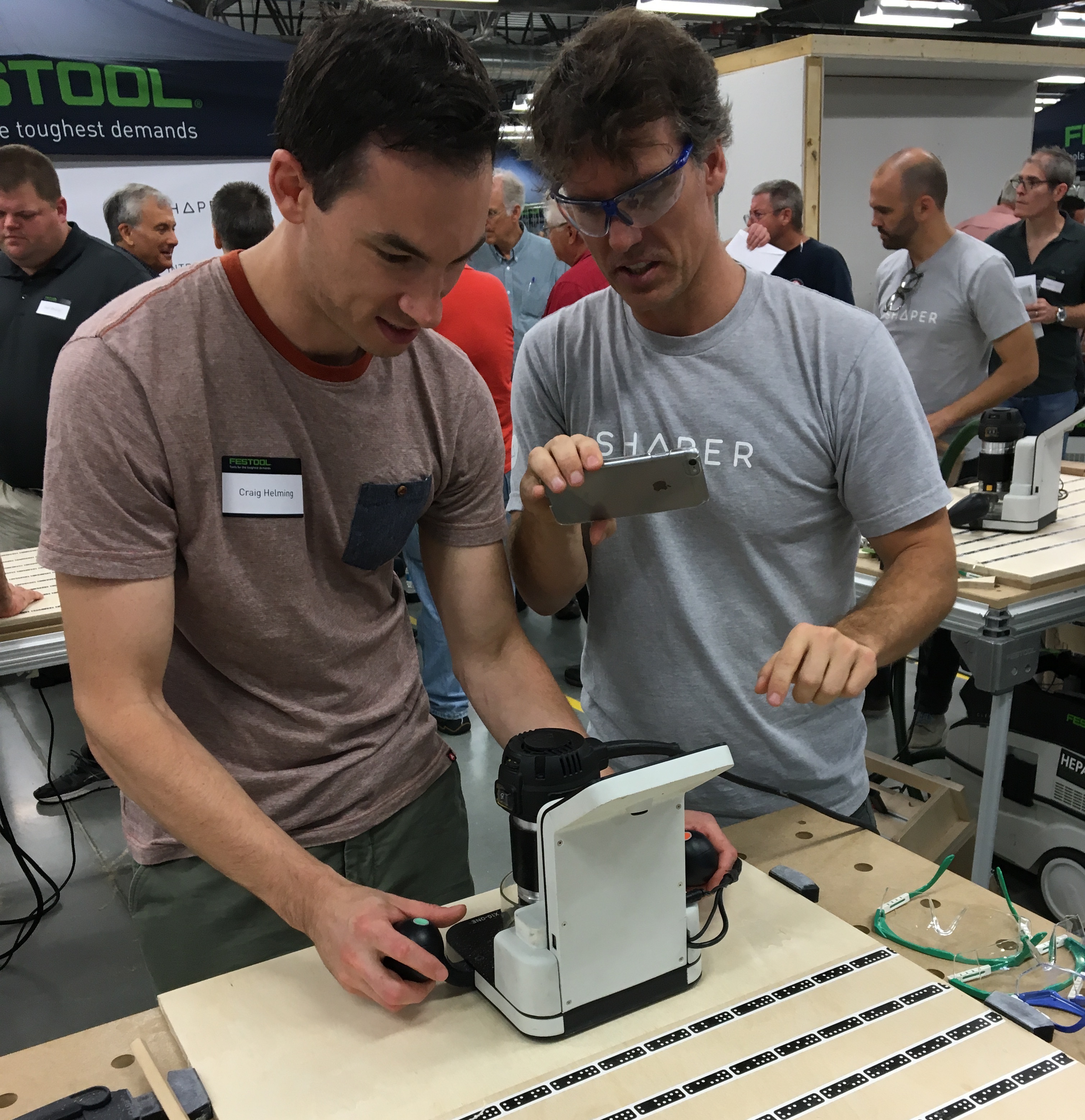 The original more primitive version used an adaptation of Smart Phone GPS to guide the router cutting head. The sleekly designed Shaper Origin operates similarly. The user guides the router's cursor within a general guide shown on the display, and the system keeps the cutting head precisely on track, cutting even and consistent curves, engraving patterns and logos, and executing other cuts.

Shaper Origin is being sold for $1,499 (plus $99 shipping) in a limited quantity. After that supply is gone, the price will rise to $1,699. It is listed at $2,099 retail, and is expected to become available in a year, according to pricing at Shapertools.com The Shaper Origin started out as a development by Ilan Moyers, and MIT grad student who was said to be trying to cut picture frame components and found the hand-held router difficult to control consistently. He spliced a smart phone to a DeWalt router and created a solution. This became the basis for a paper delivered at the 2012 SIGGRAPH conference, " Position-Correcting Tools for 2D Digital Fabrication, by Alec Rivers, Ilan E. Moyer and Fredo Durand.

The paper is available here: http://groups.csail.mit.edu/graphics/positioncorrectingtools/  Moyer was at the Festool Connect event, demonstrating the Origin. 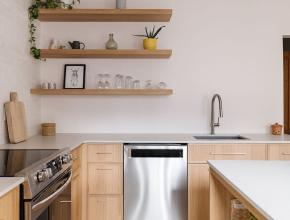 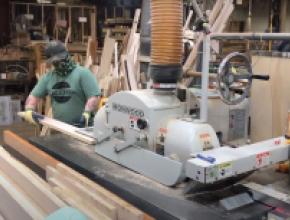