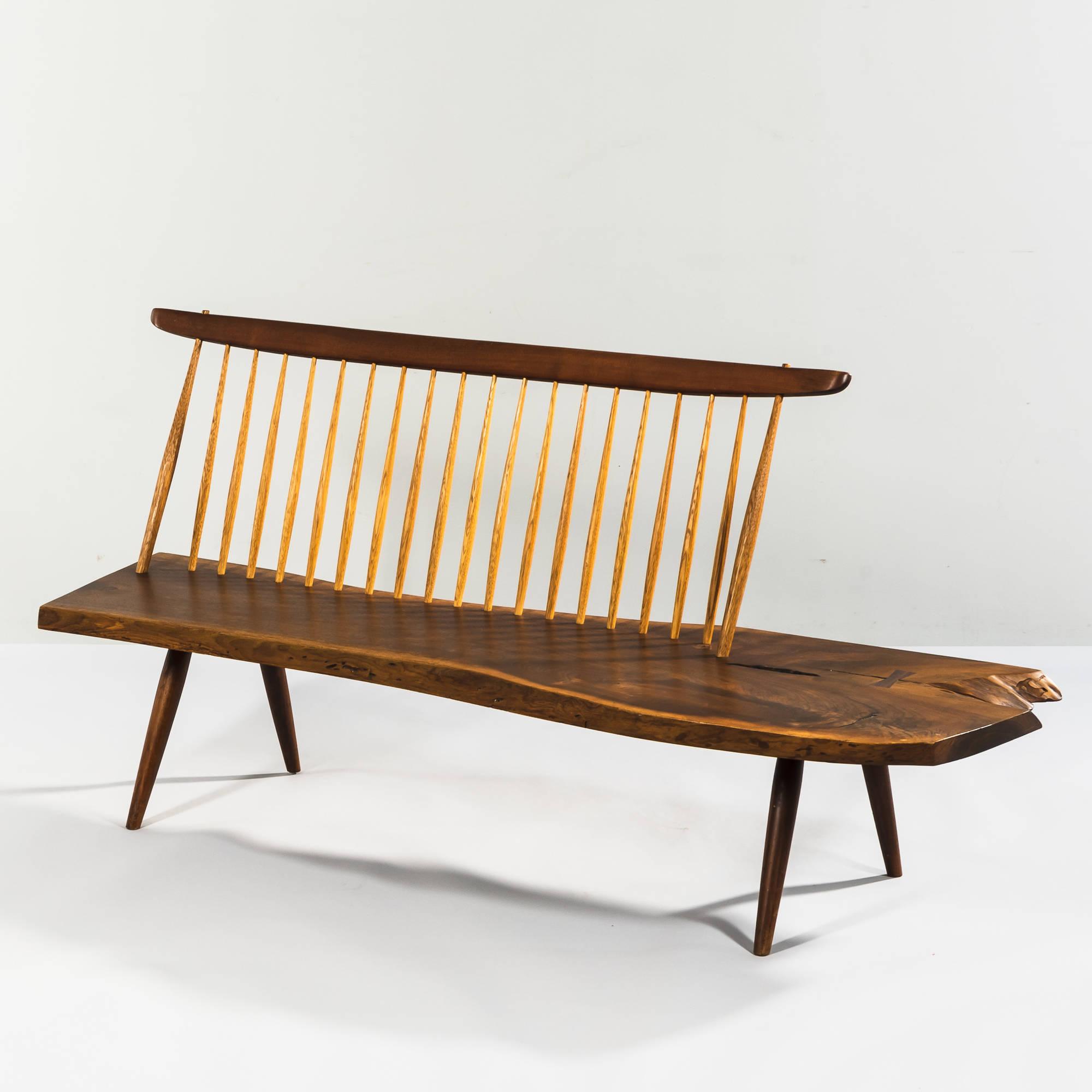 This Nakashima Conoid bench, c. 1960, was the star of the show at an auction of Modern Design in October.

A seven-piece collection of Nakashima furniture was the star of the show at an auction in October, beating auction estimates and reinforcing the collectible value of work by this famous craftsman.

George Nakashima was known for his designs that often included live-edge slabs while most furniture designs featured refined or even carved, shaped or ornamented edges.

The top draw in Bonhams Skinner’s October auction in Marlborough, Massachusetts, was a Nakashima Conoid bench built; c. 1960. Before the auction, estimates put the value at between $25,000 and $30,000. But when the gavel came down, the bench had attracted a winning bid of $48,255.

The remaining six Nakashima lots also did well, collectively hammering at $37,485. In total, the seven-piece collection sold for $85,740.

The showpiece bench, built in New Hope, Pennsylvania, using walnut and hickory with one rosewood butterfly joint near the live edge, measures 33 inches high, 72 inches long, and 23-3/4 inches deep. The original owner of the piece was Ruth Roberg of Chicago, Illinois, and the piece is marked “Roberg.” It was put up for auction by family descendants. 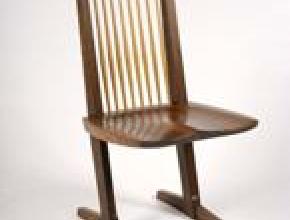 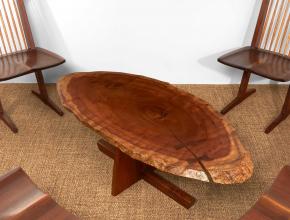 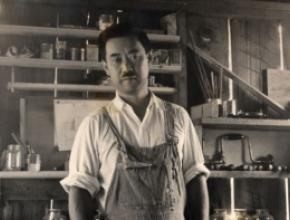 A documentary - George Nakashima, Woodworker- in production by his nephew