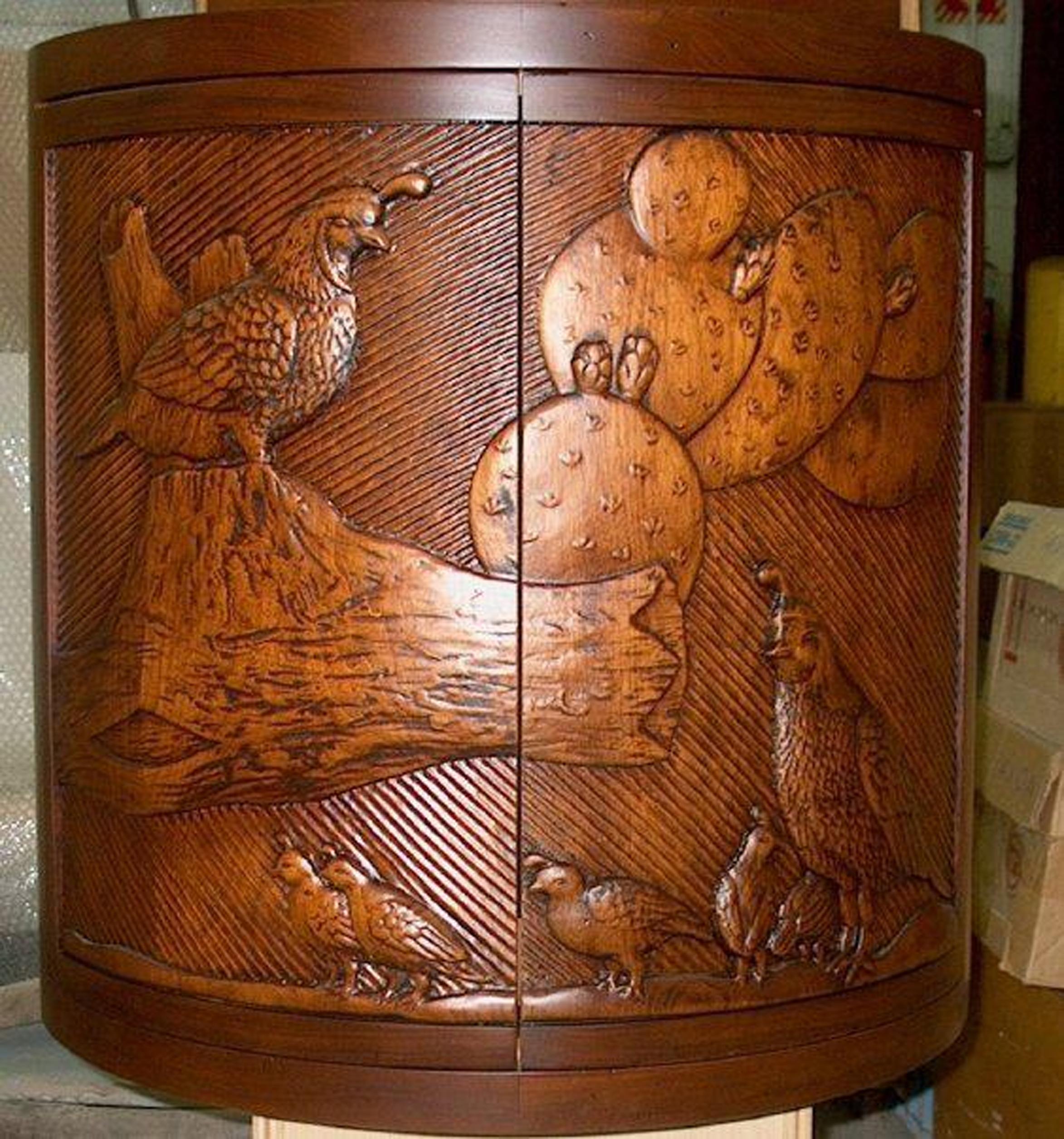 Norman Pease started his woodworking career in 1985 when he was hired as a cabinet shop apprentice. Since then, he has developed his expertise and found success with his one-man shop, Three Gryphons Carving Studio in Royersford, Pennsylvania.

After surviving the recession in 2008 and now with close to 20 years’ experience in the industry, Three Gryphons has continued to specialize in custom-made decorative millwork.

Pease primarily serves cabinetmakers, designers, and architects. His business offers everything from custom turnings to engraving, as well as customer relief work, signs and rapid prototyping for new products before they go into production

“I began working out of the basement of my home in East Greenville and soon afterwards purchased a lathe. As my sales grew, so did my work week,” said Pease.

Although the company was founded in 2002, it wasn’t until 2007 that he made the decision to move the business out of his home and into its current location in Royersford. Pease purchased a three-axis ShopSabre CNC router with a 4 x 8 foot cutting table.

With demand starting to increase and a need to support applications flexibility and ensure efficiency, Pease required the appropriate infrastructure to meet the requirements of his business

“At this stage, I actually had too much demand for the amount of time available, so I was turning away work”, he said.

So he started an initial exploration into the types CAD/CAM software available on the market. 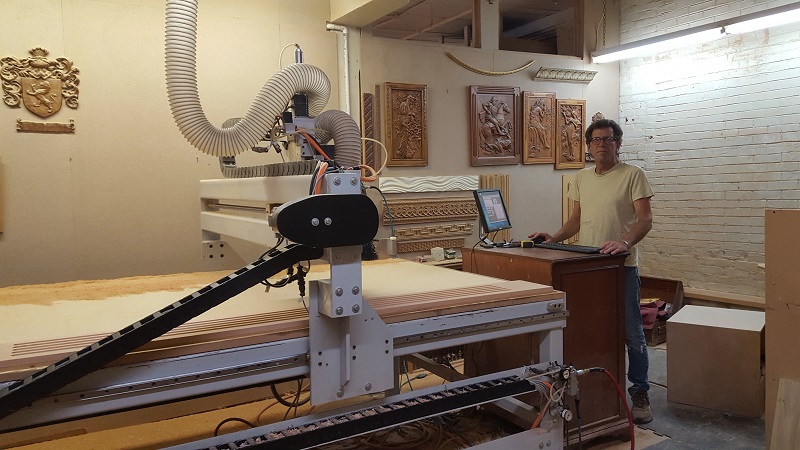 “As I had never used any other CAD/CAM software, I spoke to a lot of people about different software programs to drive the router and EnRoute was the name that kept popping up,” he said. “Those recommendations from other EnRoute users, and a price point a couple of thousand dollars less than some solutions from other competitors made it seem like a sensible option.”

The addition of CNC machining and EnRoute, made by SA International, changed the way Three Gryphons operated. The company currently uses EnRoute version 5.1 Pro to drive its ShopSabre CNC router, with the software being involved in everything the business produces. According to Pease, the straightforward functionality of the software is a key aspect of EnRoute. He said it is an intuitive program that can be used to solve any problem.

“As an example, I once had a customer who wanted to achieve (a) rugged carved look on an item, but the CNC router would typically make the finished piece too perfect,” he said. “I noticed EnRoute has a function called ‘distort toolpaths.’ On the face of it, (this is) not a capability that users would typically access, but for this specific requirement it was exactly what was needed.

“If I hand to hand carve products, I would be looking at a week to complete the project; with CNC machining and EnRoute, the job is done in five hours. Better yet, while it’s running I can be sanding or assembling on another project, so I’m getting more done, saving time over here, while driving productivity over here.”

Pease also cites EnRoute’s nesting feature as something that saves time and costs in terms of its ability to reduce material wastage.

“The nesting feature allows me to cut parts very quickly, as well as being able to draw the parts and know exactly how much material I need,” he said. “This reduces the amount of material I waste on each job by about 15-20 percent, which quickly becomes significant over just a few jobs.” 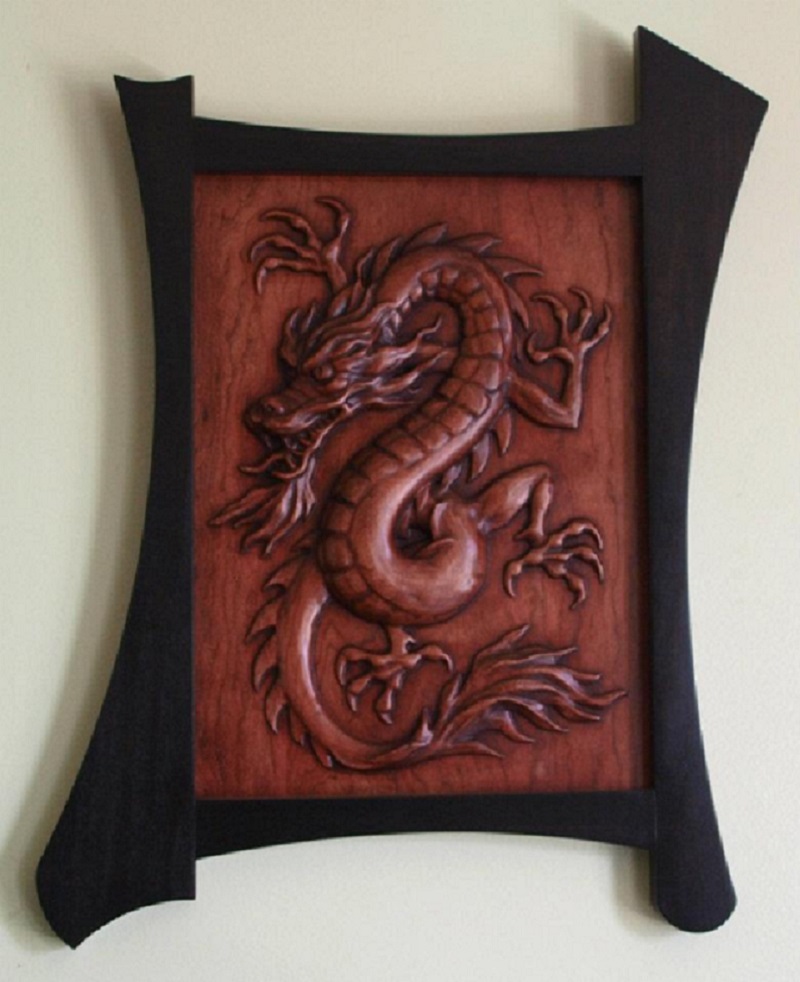 Alongside the usual commercial projects undertaken for various customers, Three Gryphons also opens its doors twice a week to Manor of Hope, a support program for recovering addicts. This allows those in rehabilitation to learn new skills in a working environment using EnRoute and to provide an outlet away from the stress and frustration that they may be encountering in everyday life.

The programming is accessible for all and, according to Pease, its simplicity is underscored by the fact that attendees are usually running the CNC router within a couple of hours on the very first day.

This, he believes, gives a sense of accomplishment and is the first critical step in rebuilding self-esteem. Within two days the program’s participants are taking something home that they have made, even if it is a simple plaque with an engraved name or phrase.

“I had a new group the other week that included a graffiti artist who wanted to make his own font,” said Pease. “Usually this would be difficult, but he drew the whole thing up, took a photo with his smartphone and then imported the picture in EnRoute. Thanks to the intuitiveness of the way that the CAD tools are setup, it was very easy to teach him how to use it. With very little direction, he had his project drawn and ready to go.”

Based in part on the popularity of the workshops ran for Manor of Hope and the creativeness of those on it, Three Gryphons plans to upgrade to EnRoute version 6, which it will access through SAi’s subscription option. This will help the company access a range of business and productivity features and receive the latest updates.

For Pease himself, the importance of the software on his life can’t be overstated.

“I bought EnRoute and my CNC machinery in 2007. If I had not had both of those things I would have been out of business in the recession; I wouldn’t have survived,” he said. “Companies started to turn to me and say let’s put our effort and money into prototyping and new ideas and I did so with EnRoute. That’s how I got to where I am today.” 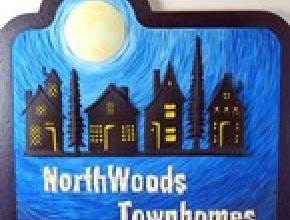