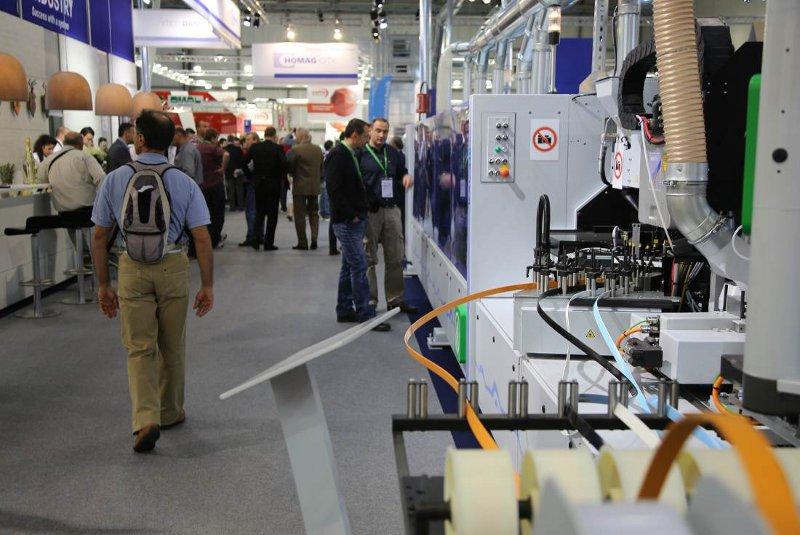 Click on the image to open
The exhibited machine technology from small to large and the HOMAG City stand concept met with an enthusiastic response. 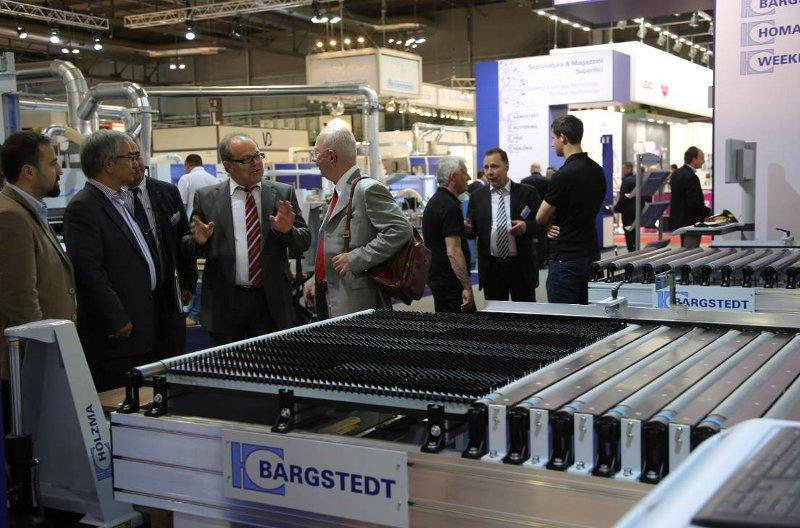 Click on the image to open
Lively activity in HOMAG City

First prize in the “Innovation Category” goes to the HOMAG Group: This year’s Xylexpo in Milan saw the “XIA Xylexpo Innovation Award” conferred on HOMAG Group by the Italian Woodworking Machinery and Tools’ Manufacturers Association Acimall for the very first time. The whole fair was a success for the HOMAG Group, in large part due to the show’s increasingly international flair.

The prize was awarded both in recognition of the HOMAG Group’s outstanding plant engineering competence for furniture industry customers, and also of the development of laserTec for the production of optical zero joints in the company’s core business segment of edge banding. The award is further confirmation for the HOMAG Group of its worldwide innovation leadership. Also a main contributor to the award decision was the HOMAG Group’s outstanding commitment to green innovation surrounding its resource-saving ecoPlus technology package. A manufacturer using HOMAG Group solutions throughout from the saw to the edge bander and processing center to the sanding machine can drive down its energy consumption by up to 30%.

All the exhibitors at this year’s Xylexpo were assessed exclusively by trade journalists from around the world.

International success for the Xylexpo 2014

With a higher influx of visitors than in 2012, new orders received also up and a very satisfactory haul of qualified contacts at the show, the HOMAG Group is delighted with the outcome of this year’s Xylexpo.

Almost 40% of visitors to the HOMAG City were from outside of Italy. These included visitors from every continent, as far afield as Brazil, Turkey, Rumania, Canada, Saudi Arabia, Nigeria, Israel, Argentina, the USA, Russia, India and Japan. The Xylexpo was without doubt a landmark event for the furniture industry, and may well herald a resurgence of the Italian market.

A resounding “Yes” to the Xylexpo and the Italian market

Jürgen Köppel (HOMAG Group Member of the Board Sales, Service & Marketing) is fully committed to Milan as the ideal trade fair location: “Despite unbelievable challenges in terms of the economic climate, Italy is still up there among the most important furniture producing markets worldwide. This means that the Xylexpo is still a key international trade fair for HOMAG, even if it has sacrificed a degree of internationality over recent years. We have sent out a strong signal in Italy once again this year, underpinning our claim to world market and innovation leadership. The Xylexpo was significantly more interesting again in 2014 for visitors – also because a number of competitors took the decision to return as exhibitors to the Xylexpo this year. This was a key step forward for Italy and also the whole of Europe as an important trade fair location.”

As part of the "HOMAG Cares" fundraising initiative, the HOMAG Group presented a check for 2,500 EUR to Solaris (www.coopsolaris.com), a charity based in the Brianza region. The donation will be used to help care for mentally and physically disabled children. The sum was raised by donations made for demonstration articles produced at the fair. The Xylexpo fair also donated generously and the HOMAG Group rounded the amount up.