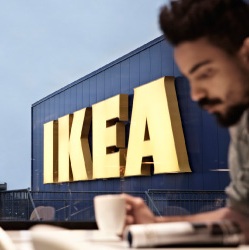 NOVGOROD, RUSSIA - IKEA plans to build a furniture factory in Novgorod, Russia, alongside the particleboard plant it purchased from Pfleiderer in 2013. The furniture giant said the new factory will create approximately 250 jobs.

According to news sources, the new plant will manufacture kitchen cabinetry and wardrobes. IKEA made the announcement last month.

In related news, IKEA also announced in February it will streamline its production of solid wood components, merging the Swedwood Karelia production to the company's plant in Tikhvin.

"Concentrating the production to Tikhvin will help us operate a more efficient production to continue to support a long term sustainable growth in Russia," says Robert Mann, general director of Swedwood Karelia and Swedwood Tikhvin.

As a result of the Karelia closure, IKEA Industry said last month it would "divest the associated sawmill operation in Swedwood Karelia, with the main ambition to have an external part taking over the sawmill operation." Swedwood's Karelia forestry operation regained FSC certification on March 10, following a two-month suspension.

IKEA Industry is the consolidated name for the industrial operations within IKEA, Swedwood and Swedspan. IKEA Industry has 44 production units in 11 countries. More than 100 million pieces of furniture are produced annually by the group.