Walking through the shop each day, I would often see unfinished tables stacked outside the finishing room. It looked as though that step in our building process was a bottleneck.

I have only two workers who can actually do the work at the level required. One of them, Kyle Wegman, had previously been promoted to shop manager. The other, David Dano, isn’t the type of guy to complain about his workload. He would simply stay after everyone had left and keep working.

When I looked at the payroll records for 2012 and found that he had also racked up 370 hours of overtime in 2012, I knew we wouldn’t be able to increase our finishing capacity by making him work more, so I made the decision to hire another finisher.

But where to find one? My shop manager, Kyle, recommended a suitable candidate for the job, someone he knew well, and whose intelligence, work ethic, and basic skills he would vouch for: his own father, Kevin. That took me by surprise, but I have learned to trust Kyle, and I made the hire. There were a few rocky weeks while Kevin learned a new skill, but by summer everything was going smoothly.

Just having a second body in the finishing room quickly erased our bottleneck. Each finisher can usually keep up with four or five bench cabinetmakers. Knowing that adding a second finisher would eliminate logjams at the finishing room, I decided to add another person to the shop floor, since new contracts were still coming in at a high pace . . .[Read more]

Paul Downs, owners of Paul Downs Cabinetmakers, Bridgeport, PA, is a regular bloggist for the New York Times 'You're the Boss' channel. 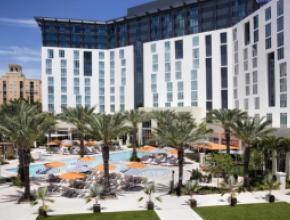 Closets/WPE Florida HQ hotel: Where the action is