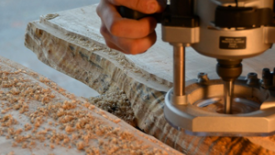 "From my inspiration to the final finishes, my furniture making process begins and ends with the beauty of a slab of wood," says Greg Klassen, who has gained notoriety follow profiles in influential design blogs Colossal and Core and in the August 28 Wall St. Journal. 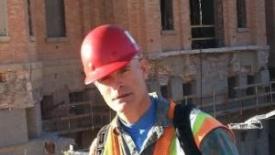 What was once a popular program to invest in when constructing a building, has taken a back seat in recent years. More and more contractors are over looking LEED's significance and see it as an administrative burden instead of a valued resource. 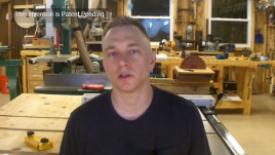 Canadian woodworker Andy Klein, an inventive type, has comeup with a new drawer joint, and possibly a new tool to cut it. 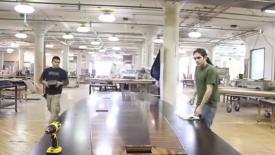 If you are interested in seeing all of this first hand, please call us to arrange a tour.  We are very proud of our facility and our workers and love to show them off.  The tour generally takes about 45 minutes, and covers all phases of the operation:  design, manufacturing, finishing, and shipping. If you’ve never seen a modern workshop, you will be amazed at how we integrate advanced technology with traditional hand skills.
By Paul Downs, June 7, 2015 | 2:09 pm CDT 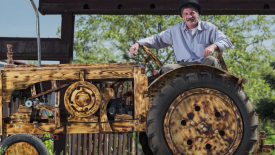 Pine Wood Tractor is the Talk of the Village

A tractor driver and carpenter built this custom pine wood tractor. He has previously built three wooden pushbikes, a wooden motorbike and a wooden car. 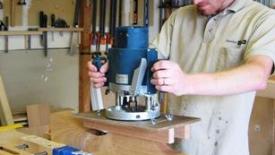 A Love Letter To My Woodshop Employees

I just hired my fourth employee a month ago. When I made the decision over four years ago to cease being a single-man operation and enter the world of being an employer and boss, I would not have guessed that my business could ever grow to the size that it is today. 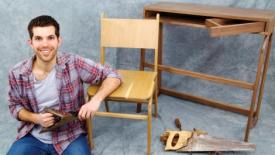 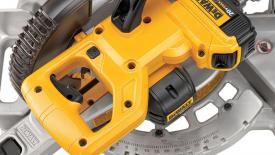 DeWalt has officially released information about the 20V MAX cordless miter saw expected to hit the market at the end of June. The Dewalt DCS361 is a single-bevel, 7-1/4″ sliding miter saw capable of making 183 cuts in 2″x4″ pine on a single 4.0 Ah battery charge. The saw is fairly feature-rich, boasting a blade light, a stainless steel miter detent, 10 positive stops, a fast and easy cam lock, and rubber feet. There is no word in the press release as to the total weight of the saw, but one would hope it will be fairly light to capitalize on the portability dimension of a cordless tool.
By Jake Baker, COPtools.com, June 3, 2015 | 4:17 am CDT 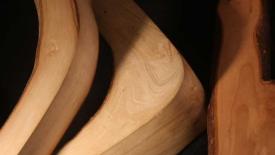 Gavin Munro has grown his business literally from the ground up.  “We’ve taken a complete rethink of how wood is used as a material,” says Munro, a furniture designer and owner of Full Grown, an ecological, zero-waste producer of wood furniture.Instead of traditional methods — harvesting trees, milling, shaping and assembling the wood into furniture —   “We’ve bypassed that completely and we now grow trees directly into the shapes and forms that we want,” he says. 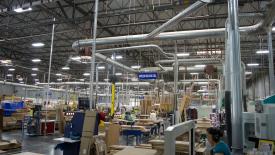 In 1965, standard-sized cabinets were all the rage, the average turnaround time on components was weeks — not days — and the tape-controlled routing and shaping machine was still a year away from making its mark in the woodworking industry. It was against this backdrop that Jack Lansford Sr. made the pivotal decision to start a custom wood door factory to service small cabinetmakers in Southern California.