Skip to main content
Components & Sourcing
Video
How a wooden pencil maker in Tennessee competes with Chinese imports
By Bill Esler
November 25, 2018 | 11:43 am CST
The Musgrave Pencil Company has been making pencils in  Shelbyville, Tennessee since 1916, helping the town earn its designation, with a number of other manufacturers, as Pencil City.
According to the family history, James Raford Musgrave founded Musgrave Pencil Company relying on the abundant local supply of Tennessee red cedar, a wood that has proven perfect for pencils. He cut it into slats and started selling the wood to German pencil makers.
When the impact of World War I interfered with the export of slats to Germany, Musgrave turned to the smaller group of American pencil manufacturers to market his slats, and eventually began making pencils as well.

"The funny thing about being a family-owned, 100-year-old pencil factory is that a pencil is an enduring object in the midst of change — including technology and major shifts to American manufacturing," says Musgrave Pencil Company.

Through steady management, a dedicated team of employees, loyal customers, and a vibrant manufacturing community in its hometown of Shelbyville,  "We’re stronger than ever providing manufacturing jobs and an American-made product," the company says. It has created specialty pencils and short customized runs with higher value. Over the years, foreign competition has eaten into domestic U.S. pencil manufacturing, and now Musgrave Pencil is the last company in Shelbyville making pencils. With the current trade battle raging with China over plywood and cabinetry imports, it's illuminating to recall the precedents in bedroom furniture antidumping penalties, and before that wooden pencil penalties, aimed at protecting U.S. wood products manufacturers. The trade battle over dumping of wooden pencils manufactured by Chinese firms was joined by a number of countries - with Turkey, Mexico, and the U.S. issuing antidumping duties. Here's a 2005 report by industry observer Charles "Woodchuck" Berolzheimer of California Cedar Products, which makes the wood slats which serve as blanks for pencil production.
Here in the U.S., the current countrywide anti-dumping deposit rate for pencils exported from China to the USA is 114.9%. The importer of record is required to “deposit” funds into an escrow type account upon the importation of the pencils. This rate is applicable to all imported Chinese pencils, unless a specific Chinese exporter/producer has gone through an administrative review process with the U.S. Department of Commerce (DOC) to have their company audited for a reduced rate. However, this is an expensive and very complicated audit process and as such not many Chinese companies pursue reduced dumping margin rates. Currently, four Chinese entities or combined manufacturer/export company groups (including our own subsidiary facility) have received reduced dumping deposit rates ranging from 0% (ours) to around 23%.
In effect, these companies have demonstrated that they are not dumping pencils or should not be at the China-wide rate for the most recently reviewed period. Under DOC rules the countrywide rate is set by the highest rate determined for any given Chinese company that ever requested a review by DOC. As such the original rate of around 53% was increased to the current 114.9% level a few years back. These reviews are conducted annually for a full year of shipments upon the request of the original plaintiffs, a group of U.S. manufacturers. Should the DOC find during a review that the dumping deposit rate should be lower or higher for that period for a given Chinese exporter/producer then deposited funds are either refunded to the importer or additional funds are paid by the importer.
As such the importer takes a certain risk when deciding to import from a Chinese supplier as the rate could increase and be left with the requirement to pay additional duties at a later date. Once the rate changes the new rate becomes effective for all future shipments. As it generally takes about 18-22 months to complete the review process and determine and clear the final figures remaining in deposited “escrow” fund, these risks are certainly increased for importers should the rate eventually increase.
Under a U.S. law named the Byrd Amendment, the final amounts in the cleared escrow fund are distributed to the original petitioner companies in the applicable industry. The relative refunds are again determined according to another complicated formula and calculation. In effect, the U.S. pencil industry (and many other industries) is reimbursed for damages resulting from low priced imports that are deemed to have been sold at dumping prices.
As such, implementing anti-dumping duties has become a bit of a “growth industry” here in the U.S. as more industry groups react to the incursion into the U.S. market by Chinese and other foreign competitors. This is a controversial rule which has been deemed illegal by the WTO, but is fraught with obvious landmines for any politician in the U.S. who would propose repeal of the Byrd Amendment. Even with these high dumping deposit rates, most low end commodity pencils imported from China are cheaper than U.S. produced products. This is demonstrated by the fact that Chinese pencils imports have continued to grow over the past 9 years that anti-dumping duties have been placed on pencils. Of course in our view you get what you pay for and there is no doubt that the average quality of pencils consumed in the U.S. has declined over the past decade.
Clearly there are a number of market inefficiencies or inappropriate incentives created by implementation of high anti-dumping duties: The Byrd amendment policy previously mentioned; also some Chinese companies attempt to avoid the dumping duties through the practices of transshipment via a third country not subject to the duties and/or by purposely mis-labeling the country of origin for the pencils. Both are illegal practices under international trade rules, but can be difficult to detect and requires domestic producers to be vigilant as to what’s going on in the market place given all the challenges our Customs and Homeland Security department face from other fronts these days.
Under Department of Commerce rules the country-wide rate is set by the highest rate determined for any given Chinese company that ever requested a review by DOC. As such the original rate of around 53% was increased to the current 114.9% level a few years back. These reviews are conducted annually for a full year of shipments upon the request of the original plaintiffs, a group of U.S. manufacturers. Should the DOC find during a review that the dumping deposit rate should be lower or higher for that period for a given Chinese exporter/producer then deposited funds are either refunded to the importer or additional funds are paid by the importer. 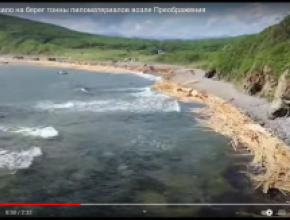 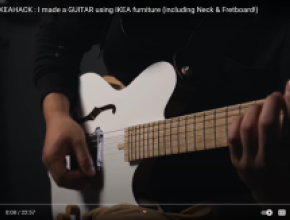 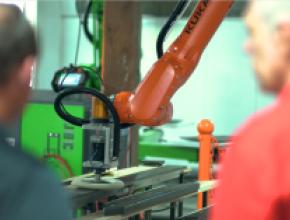