Skip to main content
Solid Wood Machining
How to stop end checking in lumber
By Scott Wunder
March 13, 2018 | 10:35 am CDT Lumber is stacked on sticks like this to allow air flow for drying.
End checks are a common problem when drying wood. Sometimes they aren’t too destructive and don’t travel too far, but other times they make the end of the lumber completely unusable or make a nice wide board into two not-so-wide boards. These cracks form on the ends of lumber because the ends are drying out faster and shrinking more than the middle. This happens because water can easily and quickly escape out the end, which is the same way it came in, but water trapped in the middle must travel out sideways to escape, which is a much trickier maneuver.
The secret to keeping lumber from checking on the ends is simple and logical – force the ends to dry out at the same speed as the rest of the board, meaning slow down the drying on the ends. Unfortunately, there is no single, 100% effective, way to do this.
The default method for beginners is to paint the ends with latex paint. Latex paint will not stop end checking because it is just too permeable. It will make you feel good, like you are doing something useful, but that’s about it.
Beyond latex paint is wax and unlike latex paint, wax is waterproof. If applied in a thick cohesive film, wax forms a perfect barrier to keep water from moving out of the end of a board. The biggest problem with wax is application. It is just hard to get hot wax on to the end of a lot of lumber in a timely fashion. 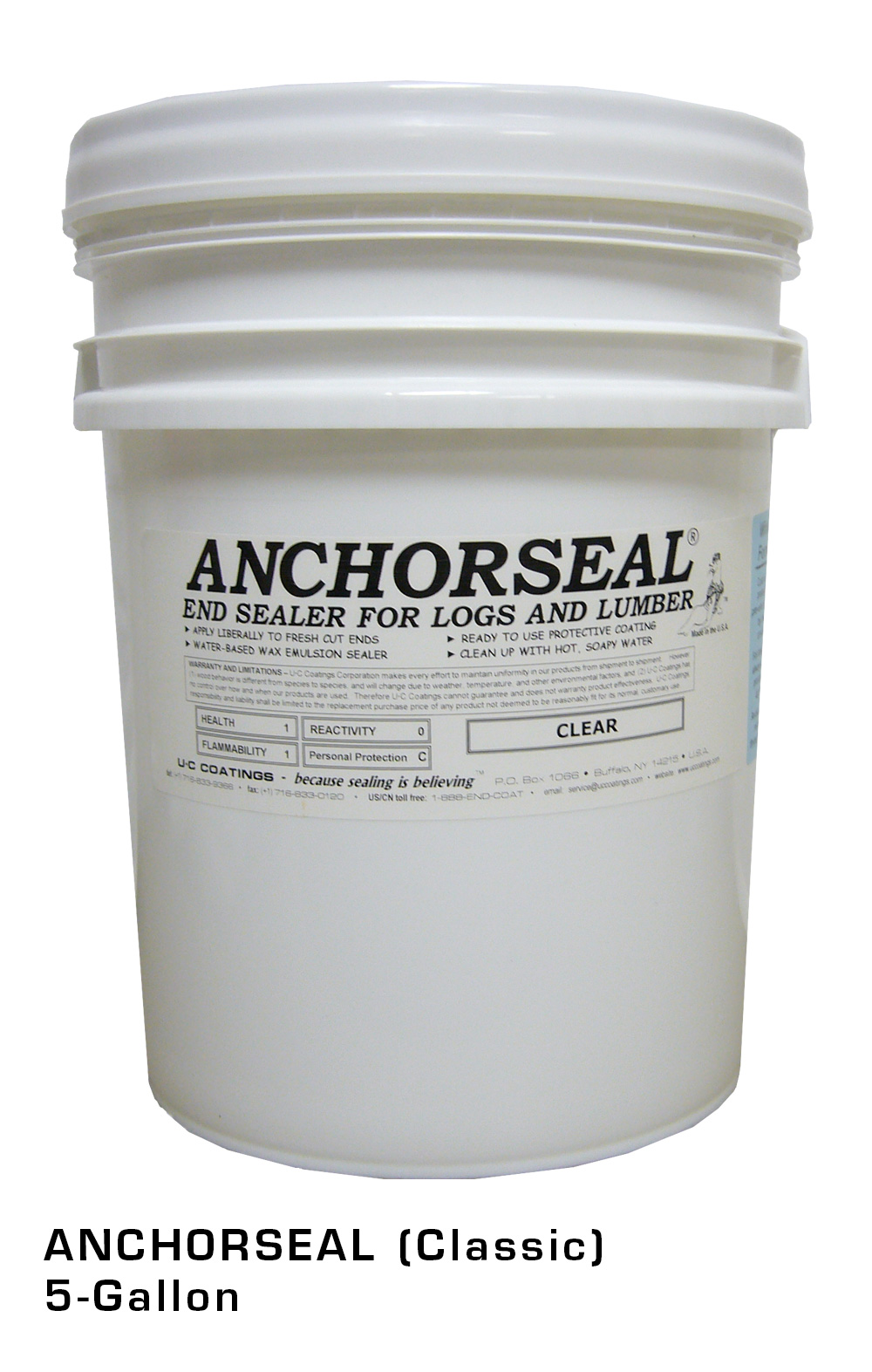 Anchorseal is an industry standard for green wood sealing of logs and lumber.
The application issue has been addressed by the kids at UC Coatings, who make a product called Anchorseal. Anchorseal is a wax and water emulsion made exclusively for coating the ends of logs and lumber to help prevent end checking. Anchorseal works just as stated, but it isn’t perfect.
First, Anchorseal isn’t cheap. A five-gallon bucket goes for about $95. It costs enough that I thoroughly consider whether the wood deserves it. I usually save it for only the best lumber and the species most prone to checking, like white oak. Second, it still takes time to apply, and it is pretty messy. I know several guys that won’t use it in their operations because it gets on the floor and makes everything so slippery that it can be difficult to stand up. Third, using Anchorseal doesn’t guarantee that your wood won’t split. While it will greatly reduce the overall number of end checks, it isn’t uncommon to still get one or two big checks in wide boards. Many pieces of lumber have flaws in them and will split during the drying process no matter how much you try to stop them. Fourth, it must be applied to freshly sawn lumber before the end checks have started to develop for maximum effectiveness.
You can tell from my four points above that I don’t use Anchorseal very often. But, there are places that I will use it, and one is on high-quality, especially thick, flat-sawn white oak. Again, it may not stop all end checking, but it is a great tool to help prevent much of it. On many other species, like poplar, maple, and even walnut, I feel like I usually get by with minimal losses not using Anchorseal. It should be noted that my customers are usually shopping for small quantities of lumber, so they can decide on a board by board basis if an end check is problematic for them. For operations sending out large amounts of lumber to customers that are not picking through each board, using Anchorseal makes the most sense to help produce the greatest amount of useable lumber out of each bunk. At the very least, sealing the ends of the lumber lets your customer know that you did try to prevent end checking. 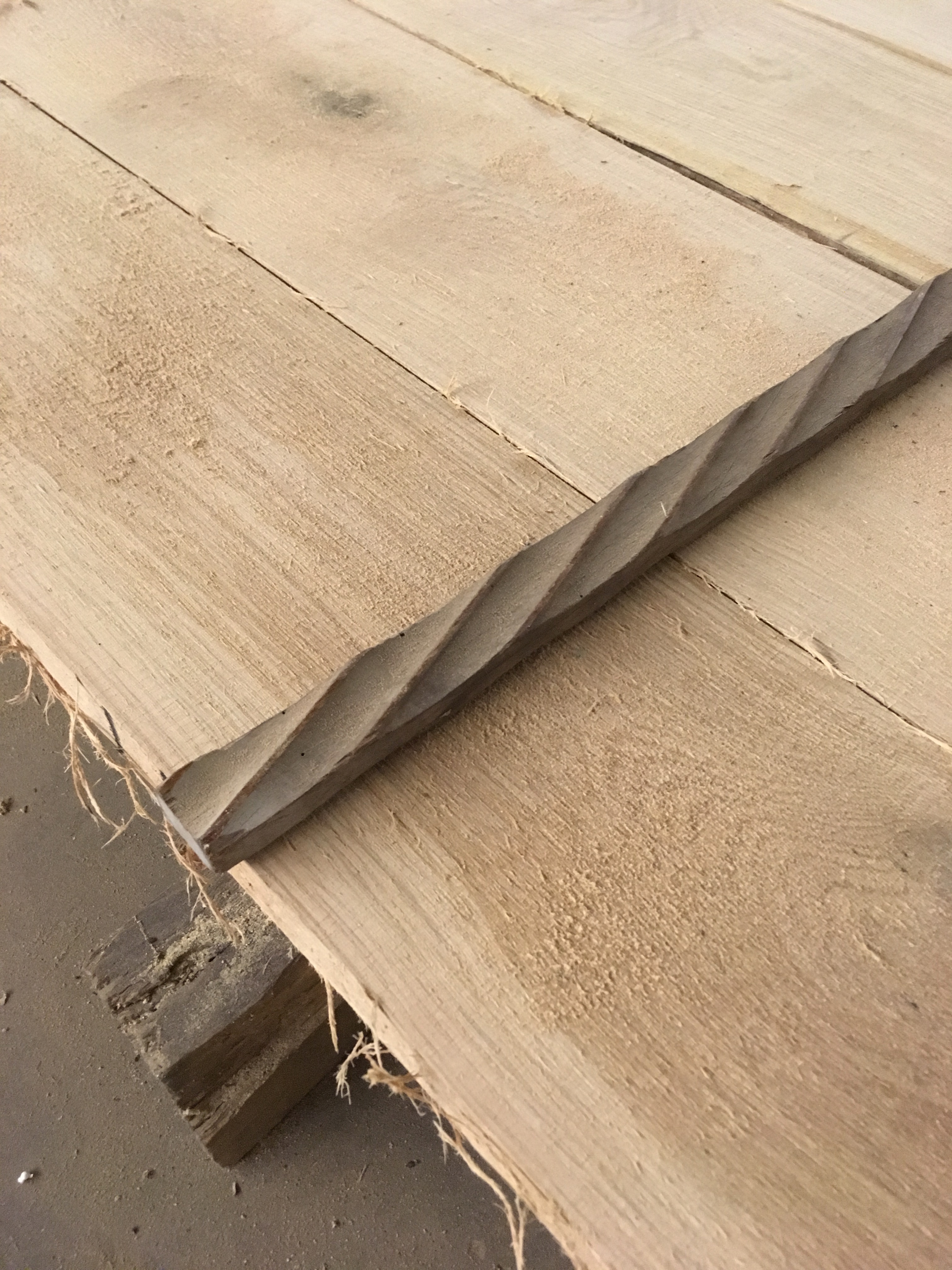 Fluted sticks are commonly used in the industry to promote drying and reduce sticker stain, but do nothing to reduce end checks.
My greatest gains fighting off end checking have occurred in my sticker selection and placement. While many strides have been made in the industry to produce fluted sticks that reduce sticker stain, very few people have given much thought to using stacking sticks to help reduce end checking.
Awhile back, while at a friend’s sawmill, he casually mentioned how he noticed that lumber will split on the ends, back to the first stick. He was mad that his guys where producing lumber piles that weren’t so neatly stacked, but I focused on the end checking. After that, I paid more attention to my own stacking and changed how I stacked lumber. 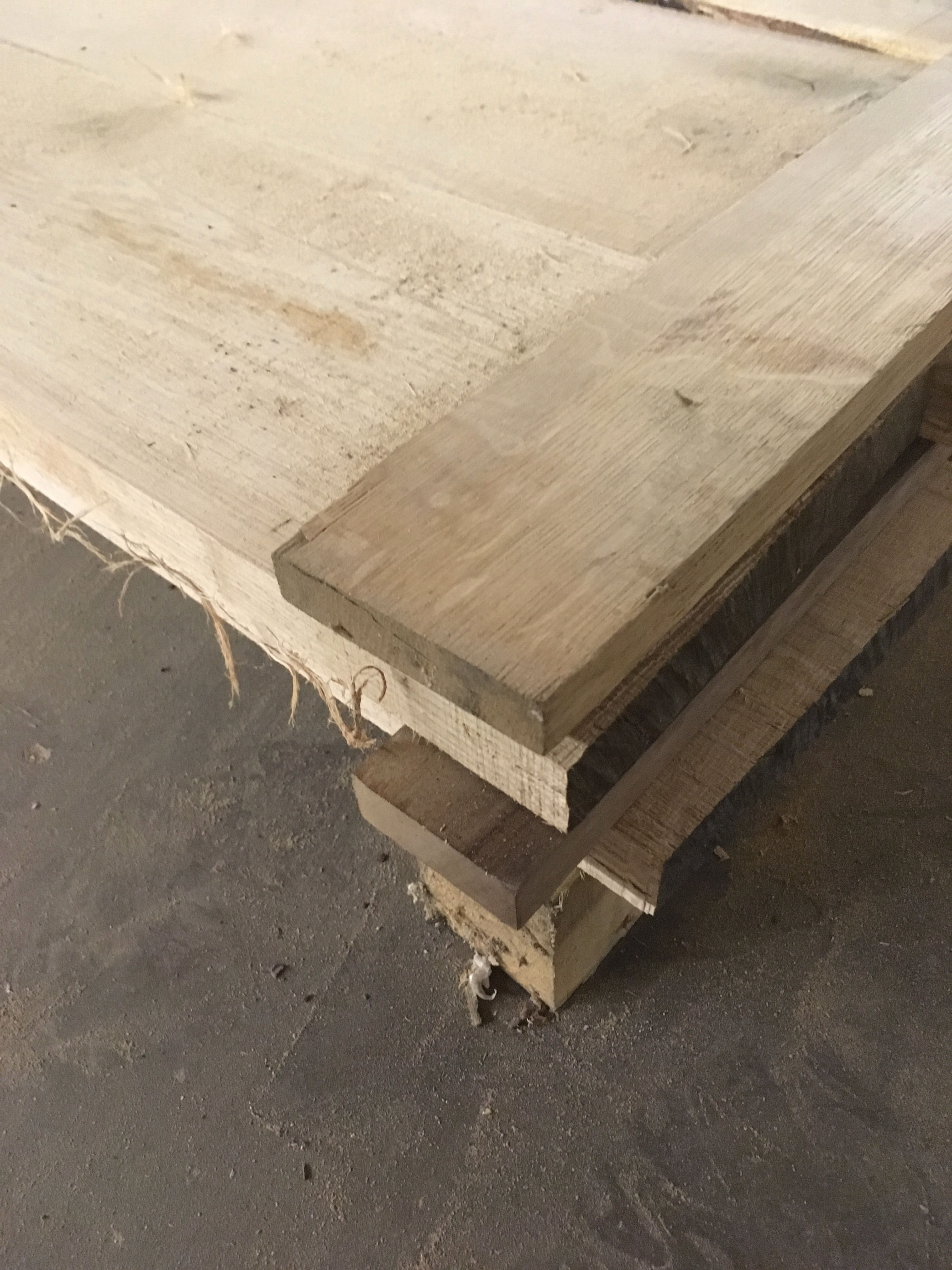 Place wide, solid sticks on the very end of lumber stacks to reduce end checking.
The main difference was that I started using the sticks on the ends of the lumber to reduce end checking. I focused on getting the sticks out to the end of the lumber, and I also made sure the end sticks were solid sticks, which help hold in moisture, even on sticker stain prone woods like maple. Since the ends dry out quickly, they don’t sticker stain, and even if they did the loss on the end of the lumber would be minimal. Beyond using solid sticks, I also use wider sticks on the ends, up to 3″ wide. The extra width helps hold in even more moisture and still doesn’t risk staining the ends.
In my opinion, focusing on placing wide, solid sticks at the ends of the boards is as effective as end sealing, especially in relation to cost and time savings. Again, this isn’t a perfect method, but you would be amazed at how well it works to reduce end checking. And, if you have some especially prized lumber, you can rest easy knowing that you can always add AnchorSeal to the mix to double your chances of check-free lumber. CNC tech: 7 questions to ask before you buy