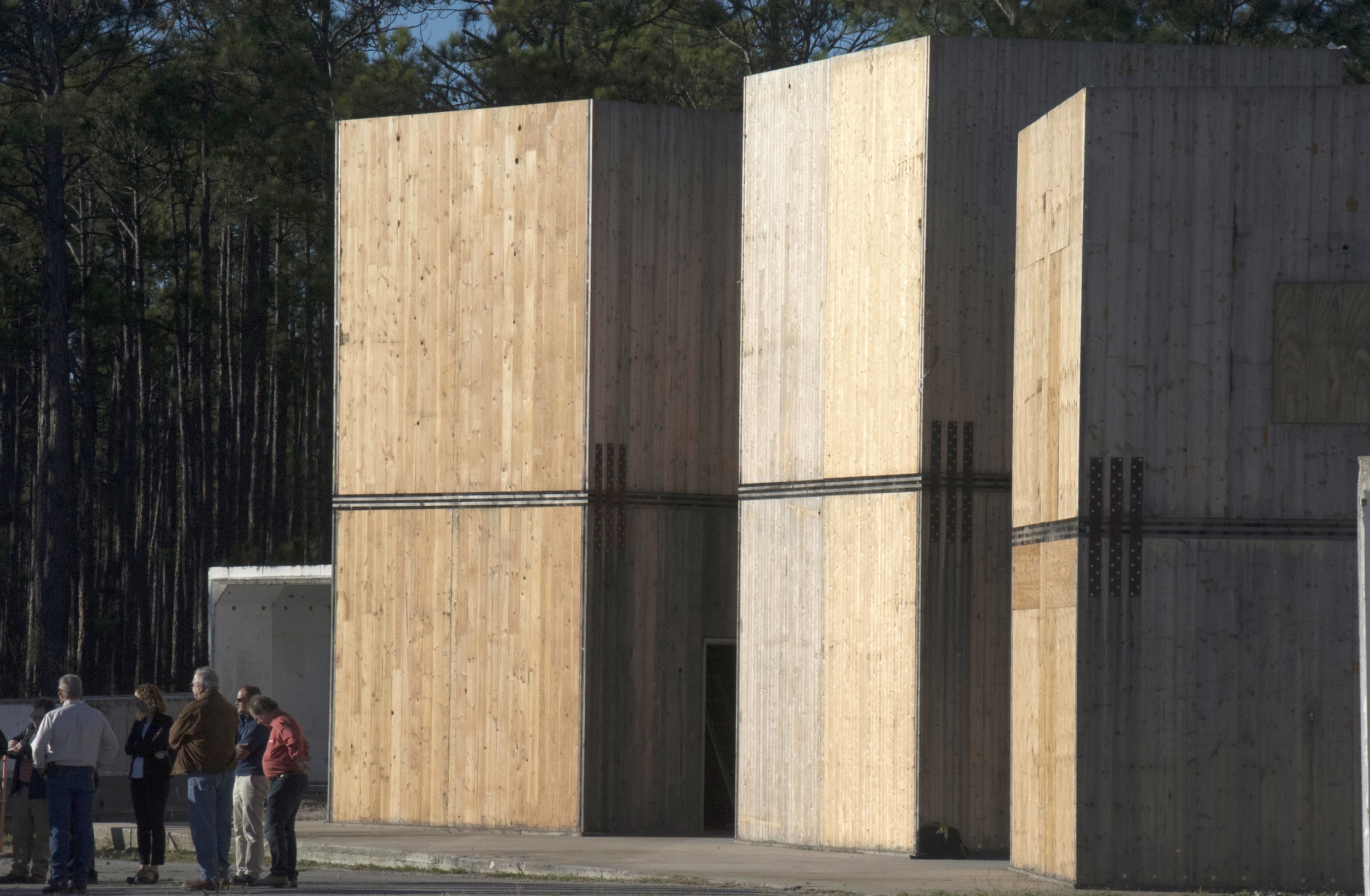 Tests at Tyndall Air Base
WASHINGTON, D.C. -WoodWorks, in cooperation with the USDA's Forest Service Forest Products Lab and Softwood Lumber Board, conducted a second series of blast tests on three existing two-story, single-bay cross-laminated timber (CLT) structures at Tyndall Air Force Base—the same structures involved in a series of initial blast tests performed in 2016.
The activity in testing cross-laminated timber structures has been on the rise as the USDA and WoodWorks promote the use of CLT in larger structures traditionally built of steel and concrete. In June, a test of seismic properties was run to show the ability of the wood buildings to withstand earthquakes. Such testing provides ammunition for revising local building codes to permit mass timber construction of larger and taller buildings.

Four tests were performed covering a spectrum of blast loads. For tests one and two, the size of the blast load and configuration of the structures were the same as prior testing, except the structures had axially-loaded front panels. The loads applied were intended to simulate conditions associated with a 5-story residential or office building. For tests three and four, different variables were altered on each of the buildings.

Tests in 2016 of CLT wood buildings
“Last year, we tested the structures under their own self-weight,” said Bill Parsons, VP of Operations for WoodWorks. “Those tests were successful and, this year, we built on that effort by testing whether the design methods established as a result of those initial tests needed to be adjusted when the buildings carried typical gravity loads and included different connection configurations, increased panel thickness, and alternate mass timber wall systems.”
As with the tests performed in 2016, peak recorded deflections were consistent with pre-test predictions indicating the effectiveness of design assumptions and methodology in predicting elastic response of CLT to dynamic loads. The second test also indicated a controlled response in which localized panel rupture was observed but connection integrity and load carrying ability were not compromised for any of the loaded structures. Of particular note, all three structures remained standing following the fourth and largest blast, intended to take the structures well beyond their design intent. While panel rupture was expected and observed on all front and side wall panels, the buildings maintained enough residual capacity to remain intact and safe to enter.
Over the next couple months, WoodWorks will be working with Karagozian & Case, Inc., the Air Force Civil Engineer Center and the U.S. Army Corps of Engineers to analyze the results of these tests and develop design methods for use by blast engineers across the country.
WoodWorks-Wood Products Council (www.woodworks.org) provides free project assistance as well as education and resources related to the code-compliant design, engineering, and construction of non-residential and multi-family wood buildings. WoodWorks technical experts offer support from design through construction on a wide range of building types, including multi-family/mixed-use, educational, commercial, retail, office, institutional, and public.