Skip to main content
Woodworking Industry News
Video
Star carpenter wants disclaimer: Rough Cut TV show is without Tommy Mac
By Bill Esler
June 24, 2018 | 10:03 pm CDT
BOSTON - An appeal has been made to a Massachusetts federal judge to force the Boston PBS affiliate to show a disclaimer stating that Tommy Mac is not involved in the current season of the station’s famed woodworking show, "Rough Cut Woodworking with Tommy Mac."
An attorney for Thomas J. MacDonald, whose screen name is “Tommy Mac,” told Judge Rya W. Zobel that PBS station WGBH in Boston is causing confusion by calling its eighth season of  “Rough Cut Woodworking with Tommy Mac," even though he is not involved with it this season. MacDonald also accuses the affiliate of trademark infringement for unauthorized use of his likeness and signature catchphrase. 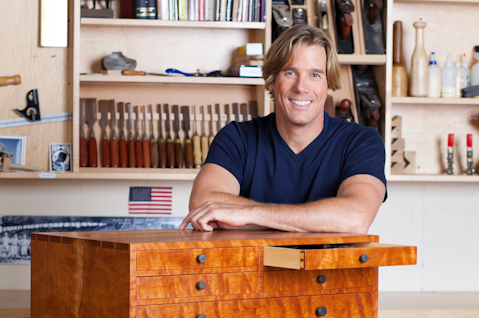 Rough Cut: Tommy Mac, above, was replaced for Season 8.
The case was filed on April 22 in Massachusetts federal court in Boston.
The announcement that MacDonald was being replaced by Tom McLaughlin was made December 8. The show is now being produced in partnership with Fine Woodworking magazine, which reports it has 1.8 million readers. A press release posted at Businesswire.com included a show logo that calls the program "Rough Cut with Fine Woodworking." However, both hosts are named Tom and have last names starting with Mac and Mc. 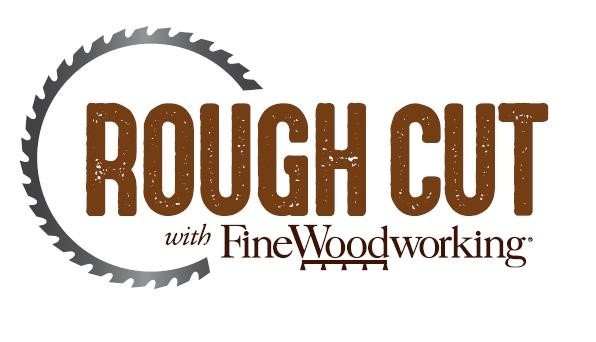 McLaughlin has been making and designing commissioned custom furniture since 1990. After years of higher education in his twenties, he decided to pursue his love for fine furniture making full-time. His training launched forward when he entered a rare apprenticeship with master craftsman P.A. “Pug” Moore in Rocky Mount, North Carolina. Tom remained close to Pug, even after branching out on his own, which included returning to his native New England roots where he’s been making fine furniture ever since.
“What I like most about fine woodworking is the power to say something beautiful without words,” says McLaughlin, who will be joined by expert guests, including frequent contributors to Fine Woodworking, who will help demonstrate a particular technique. Each project will be created out of hardwoods garnered from the woods of New England. Tom McKenna, Editorial Director for Fine Woodworking adds, “Tom McLaughlin has a calm expertise that inspires woodworkers to pick up their tools and start working. His ability to connect to people is genuine, and his teaching skills are topnotch.”
Projects this season will include: A Craftsman-style dining chair in white oak; a Shaker-style hall table in cherry; a hanging bow front cabinet in American ash; an Adirondack-inspired lawn chair in cypress; a tilt-top round breakfast table in curly maple; a Shaker blanket chest with drawer in cherry; and a live-edge coffee table made from New England walnut.
Tommy Mac first hit the airwaves nationally in 2009 as host/writer/executive producer of the WGBH series, Rough Cut – Woodworking with Tommy Mac. The show was an instant success, accruing multiple Emmy Nominations and several Telly Awards, including a Silver, along the way. MacDonald is a wood industry favorite and a perennial presence a trade shows, where he is a spokesman for Pony Tools, Inc. and other suppliers such as Titebond. His show was often sponsored by Woodcraft, and he and has become involved in educating children across North America as the Celebrity Spokesperson of the Hardwood Forest Foundation.