PARKERSBURG, WV - The effervescent personality of woodworker Tommy Mac will continue to find its way into the homes and hearts of American audiences. Woodcraft announced it will fund for the sixth season the public television show, "Rough Cut – Woodworking with Tommy Mac."

This season the show goes on the road, visiting woodworkers at their workshops.

"We will also share some of the fascinating backstories of what led these talented individuals into the world of woodworking in the first place."executive producer Laurie Donnelly said.

In other episodes, Tommy and Tom McLaughlin will build a complicated Kitchen Leaf Table, then work together to update Tommy's Dad's Library Chair as a family heirloom. Inspired by late 18th century spice boxes, Tommy and Glen Huey of "360 Woodworking" craft a black walnut Spice Box with an inlaid door design. Jesse Shaw makes his first appearance on the show, and he and Tommy build a contemporary version of the 1950s TV Tray. 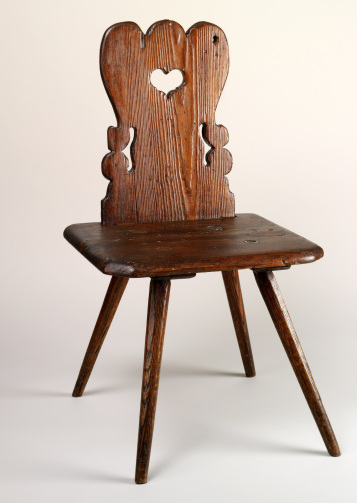 Master furnituremaker Steve Brown from the North Bennet Street School will build a project for beginners – a Child's Chair, inspired by the traditional "bretstuhl" from Germany. In another episode, Steve helps Tommy update a traditional bench using a more contemporary design. In a third episode Steve and Tommy work together to build a Fall Front Desk that is as compact as the original design but with a more contemporary look.
•Regular Al D'Attanasio helps Tommy build a Dog House fit for any dog, even Tommy's dog Murphy. Inspiration for the project came from Tommy's visit to the Plymouth County Sheriff's Department K-9 unit. Al and Tommy also team up in another episode to build a computer table tailored to their own needs.

"I'm excited to share the new Master Showcase Series with our fans, as well as stepping back into the shop to work with our ‘Rough Cut Regulars,' Al D'Attanasio and Steve Brown," Tommy said. "And as always, this season's projects will also carry on the ‘Rough Cut' tradition of challenging yourself to try new things in the shop."

Watch a Season 6 preview at https://wgbh-2.wistia.com/medias/kgdbf7zgcc.

During its first five seasons, "Rough Cut's" accolades include 2015 New York Film Festival Finalist for Best Host; Emmy® Award nominations for outstanding lifestyles, outstanding cinematography and best director; and at least one Telly Award for each of its years on the air.

"Woodcraft's investment in ‘Rough Cut' provides woodworkers across the US with access to expert woodworking information and innovative projects that will instruct and inspire them," Woodcraft president Jody Garrett said. "The show is perfect fit for Woodcraft's mission to help woodworkers improve their skills, as well as encourage more people to discover the joy of working with wood."

Fans can keep track of Tommy on the "Rough Cut" website http://www.tommymac.us/ that features episodes from past seasons and exclusive behind-the-scenes clips and tips from woodworking masters. Website visitors can join community forums for in-depth project discussions or read weekly updates about Tommy's activities and work on his blog. On social media, audiences can continue the conversation on Facebook, Twitter and Pinterest.

WGBH Boston is America's preeminent public broadcaster and the largest producer of PBS content for TV and the Web, including "Masterpiece," "Antiques Roadshow," "Frontline," "Nova," "American Experience," and more than a dozen other prime-time, lifestyle and children's series. Learn more at http://www.wgbh.org. WGBH's television channels include WGBH 2, WGBH 44, and the digital channels World and Create.

Woodcraft Supply, LLC, is the industry leader in providing a wide variety of top quality products, educational opportunities and one-on-one guidance to woodworkers of all skill levels