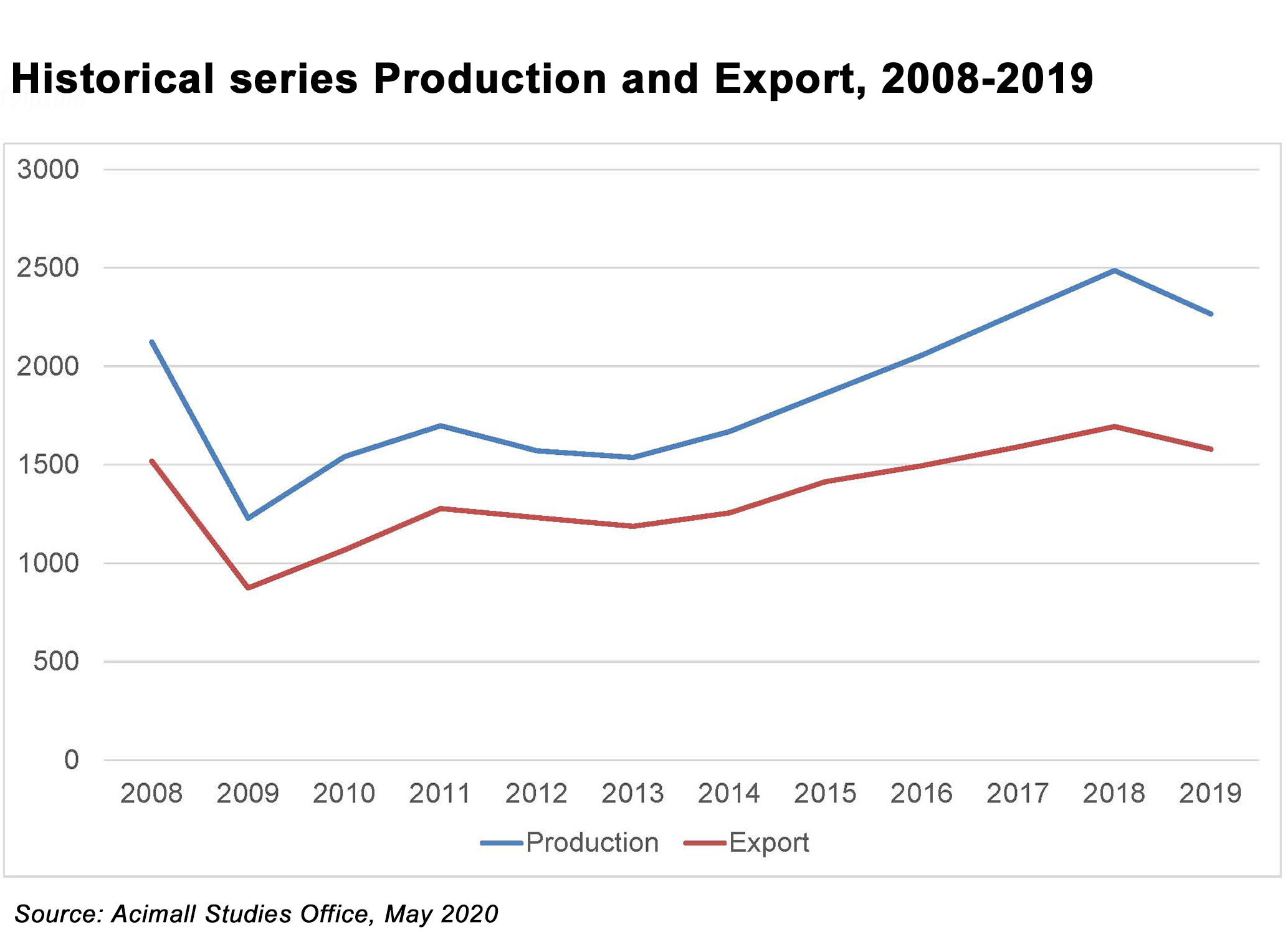 Production and export of woodworking equipment made in Italy fell in 2019.

Acimall Studies office has reported that the trend of wood and furniture technology in 2019 was characterized by hardly encouraging signals for the health of the industry, a condition that can only get worse after the dramatic events of the first months of 2020.

“Now more than ever, it is essential to understand the economic situation of the industries we represent,” said Dario Corbetta, director of Acimall, the Confindustria member association that represents industry companies.

“We are facing a period that will require strong nerves and a strong and proactive central economic policy like never before, without which the wood machinery business might pay a very high price. The effects of Covid-19, as reported by our studies office, will unfortunately add to the significant slowdown recorded in 2019, resulting into a trend that will require an even bigger effort to go back to 2016-2018 levels."

The Italian industry of woodworking machinery and tools reached a value of 2,266 million euros in 2019, down by 9.9 percent from 2018. Such a drop resulted from an “acceptable” trend in the first part of the year, followed by more significant reductions that affected all major international competitors, Germany on top.

In 2019, exports recorded an eight percent reduction, showing a solid trend in the traditional destination markets. Fortunately, Italy has largely differentiated export flows, so the serious difficulties in some markets were offset by more positive trends in others.

On the domestic market, the drop amounted to 13.5 percent, reversing the trend of an index that had been positive for five years, also supported by fiscal incentives that enabled many companies to upgrade their equipment fleet in the 2016-2018 period, with inevitable consequences on purchasing volumes in the subsequent years.

A solid trend was recorded in North America, where the United States was by far the top destination of Italian woodworking machinery, though recording a 5 percent decrease from 2018 for a total value just below 200 million euros. Woodworking Equipment for the Shop