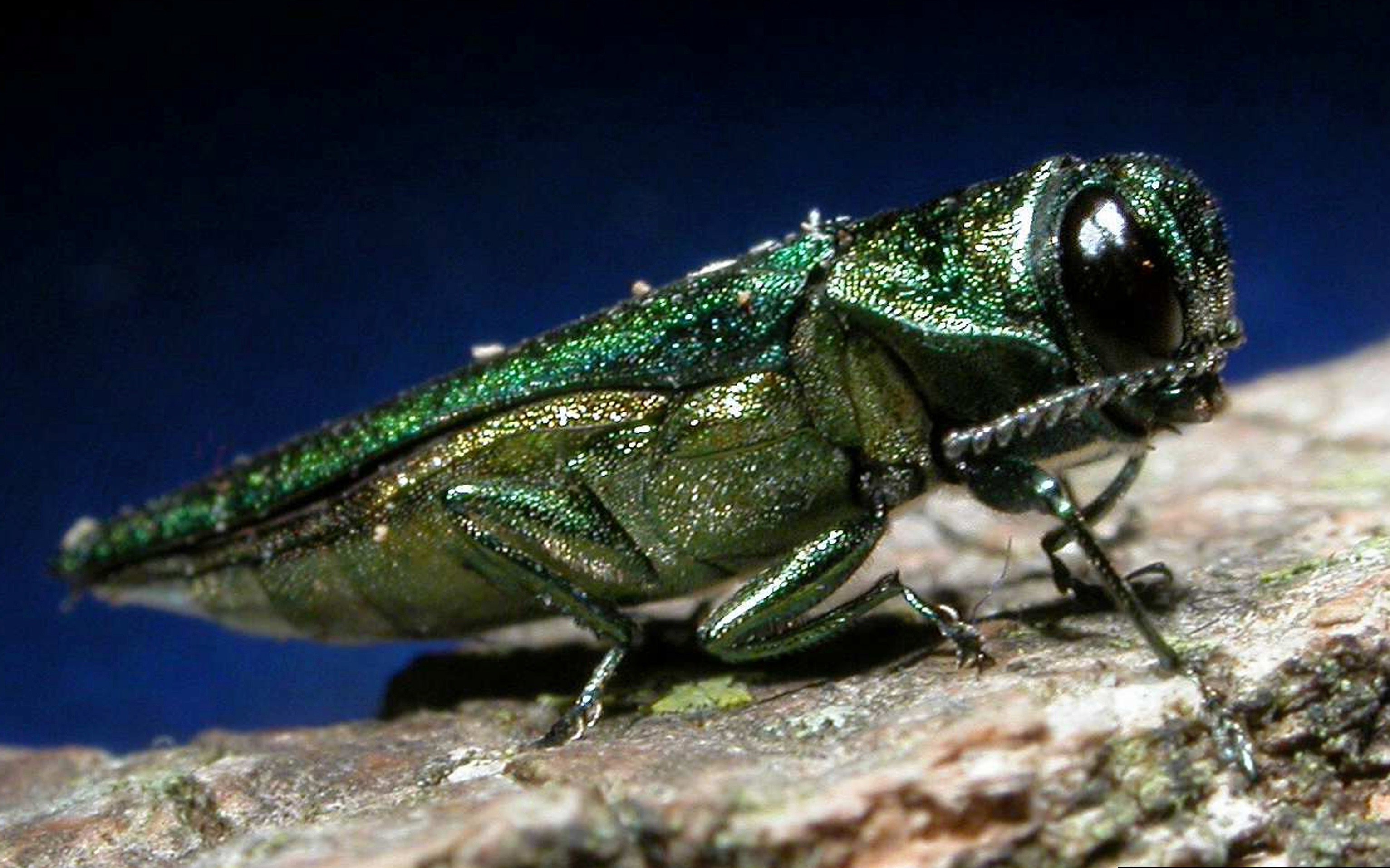 An adult emerald ash borer is shown in a file photo provided by the Minnesota Department of Natural Resources.

Forestry officials have announced the highly destructive emerald ash borer has been discovered in Maine for the first time.

Responsible for the deaths of millions of trees in the U.S. and Canada, the emerald ash borer was known to be expanding across the border in New Brunswick, Canada, but it had not been seen in Maine until entomologists discovered it in Madawaska, Maine, in May.

Maine State Entomologist Dave Struble told Maine Public radio that officials have been looking for the insect in the state for about 15 years. It was known to be in neighboring forests in Canada and New Hampshire, so it was seen as only a matter of time before it spread to Maine. “We’ve got to work on the assumption that there’s a high possibility that there are additional spots either further downstream in Madawaska or further down into Grand Isle or even beyond,” he said.

Struble says all indications are that the insect has been found early, although he doesn’t think the emerald ash borer can be eradicated. “But I think we can slow the spread and buy a bunch of time to manage,” he said.

A native of Asia, emerald ash borers were found in the U.S. and Canada in 2002 and are considered one of the most destructive forest pests in North America, being responsible for millions of dollars in losses from the destruction of ash trees. In Maine alone, the estimated potential damage could be significant as the commercial ash tree value has been put at $320 million.

“Slowing the spread of EAB is crucial,” the Maine Department of Agriculture, Conservation and Forestry said in a statement. “An emerald ash borer generally moves only about one half-mile on its own in a year, but can move hundreds of miles in a single day within a piece of infested firewood.”

The small metallic-looking beetles lay eggs on ash trees, and the hatching larvae tunnel under the trees’ bark, creating damage that usually kills a tree in as little as three to five years.