Interfor said its investment in GreenFirst is complementary to its expansion into Eastern Canada through the acquisition of EACOM Timber Corporation in February.

Toronto-based GreenFirst operates seven sawmills and one paper mill in Eastern Canada, and licences that provide long-term access to approximately 3.7 million cubic metres of fibre in the provinces of Ontario and Quebec. The sawmills have a stated annual production capacity of 905,000 million board feet. 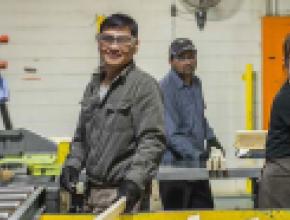 DeFehr Furniture closing Winnipeg plant, hundreds to be laid off