The recent ratification and implementation of the United States-Mexico-Canada-Agreement (USMCA), also known as NAFTA 2.0, reinforces Mexico’s role as a top trading partner in the North American market.

With its abundance of natural resources and manufacturing prowess, Mexico is also a major player in the global marketplace. It is the second largest economy in Latin America and among the world’s 15 largest economies, according to the World Bank.

As with most of the world however, the COVID-19 pandemic has had an adverse effect on the Mexican manufacturing economy. According to IHS Markit’s PMI survey, reductions in total sales, output, input buying and employment continued in October, and while slightly better than September’s figures, marks eight straight months where the PMI has not posted above the 50.0 no-change mark. Yet while IHS Markit’s report notes goods manufacturers, in general, are forecasting lower production volumes and sales for the next 12 months, it may not be bleak for all.

Similar to what we’ve seen in the United States and Canada, those involved in home furnishings may not be as hard hit, due in part to remodeling’s growth as people shelter in place. A report published earlier this year by AFAMJAL, a major furniture manufacturers association based in Jalisco, indicates furniture production and consumption has been relatively steady, with no major declines. AFAMJAL also projects furniture imports to level off following an earlier dip, while exports look to trend upward into the fourth quarter after the drop in April.

Click on the image to enlarge, plus find market data on cabinetry, furniture, architectural millwork, and more in the December 2020 FDMC Wood Industry Almanac. 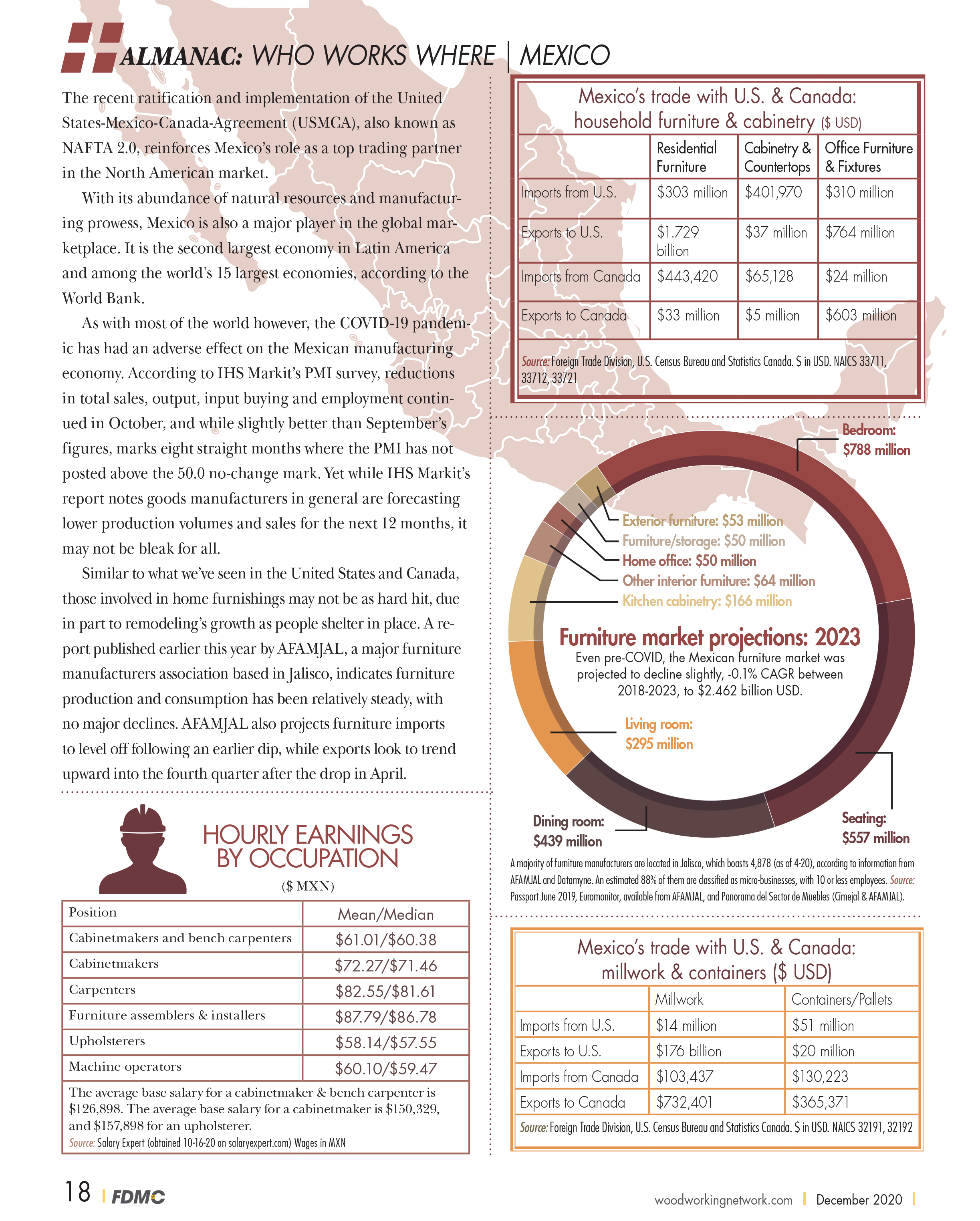