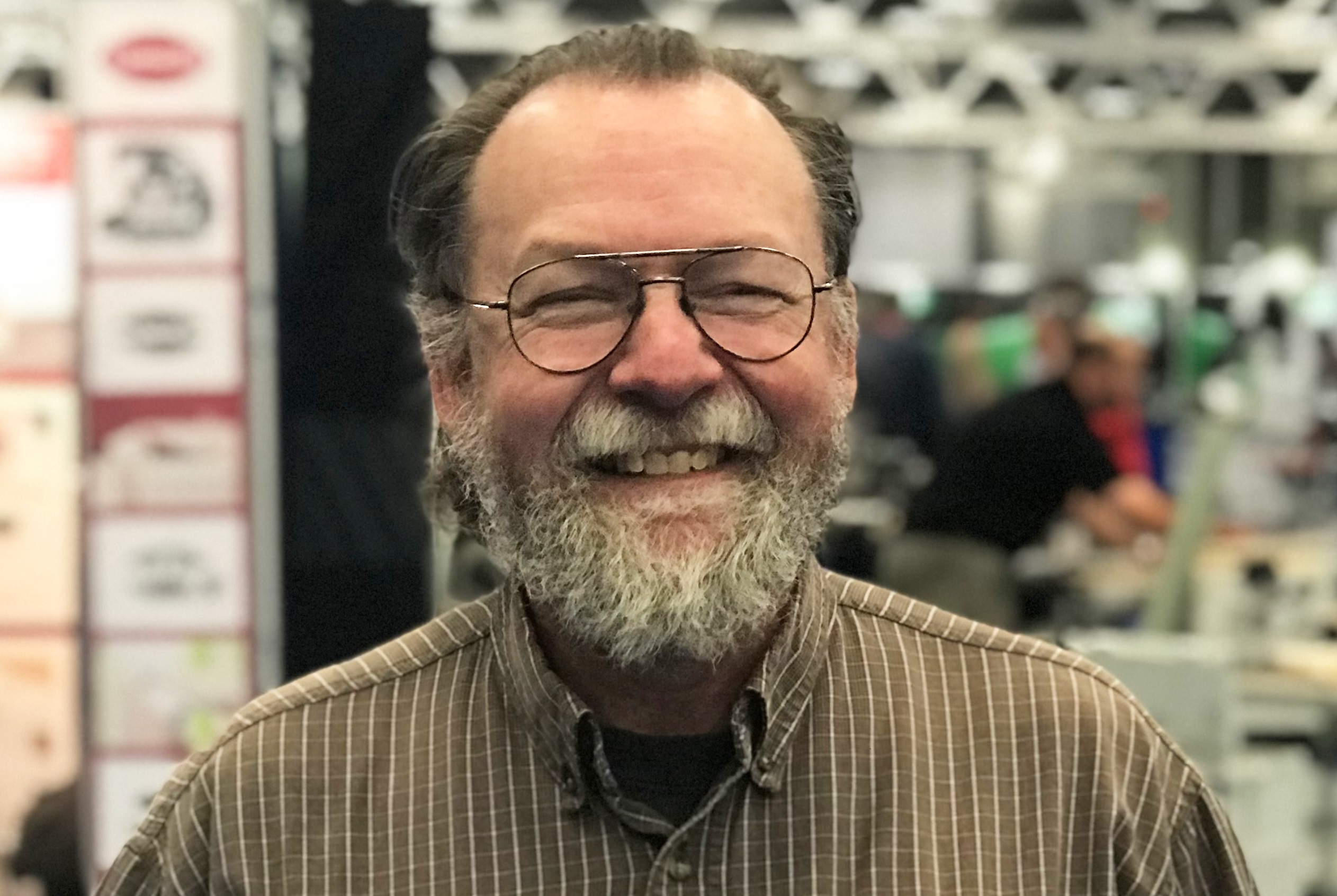 William Sampson is a lifelong woodworker and editor of FDMC. A serial entrepreneur, he put himself through college with the first two businesses he started. He has paid special attention to the business challenges faced by woodworkers. Contact him at will.sampson@woodworkingnetwork.com.
One of the common things I see over and over again is how woodworking operations can become their own worst enemies in their quest to succeed. They frequently don’t avail themselves of a wealth of opportunities available to move their businesses forward, and I constantly wonder why that is, particularly when you encounter a success story like Ed Curtis.
When I first met Ed, he was struggling in his small shop north of Boston, working mostly by himself to build cabinets and other woodworking projects. But the reality was that what Ed was doing wasn’t really a viable business. Thank goodness his wife had a good job and insurance or they couldn’t have made ends meet.
Today, it’s a different story. Ed has a beautiful shop in a building he owns that includes a spectacular showroom that takes up about a third of the real estate. The company has about 15 employees, including Ed’s wife who was able to leave her outside job and become the leader in the front office of the cabinet business. Ed’s son is also now on board as the company’s chief engineer. 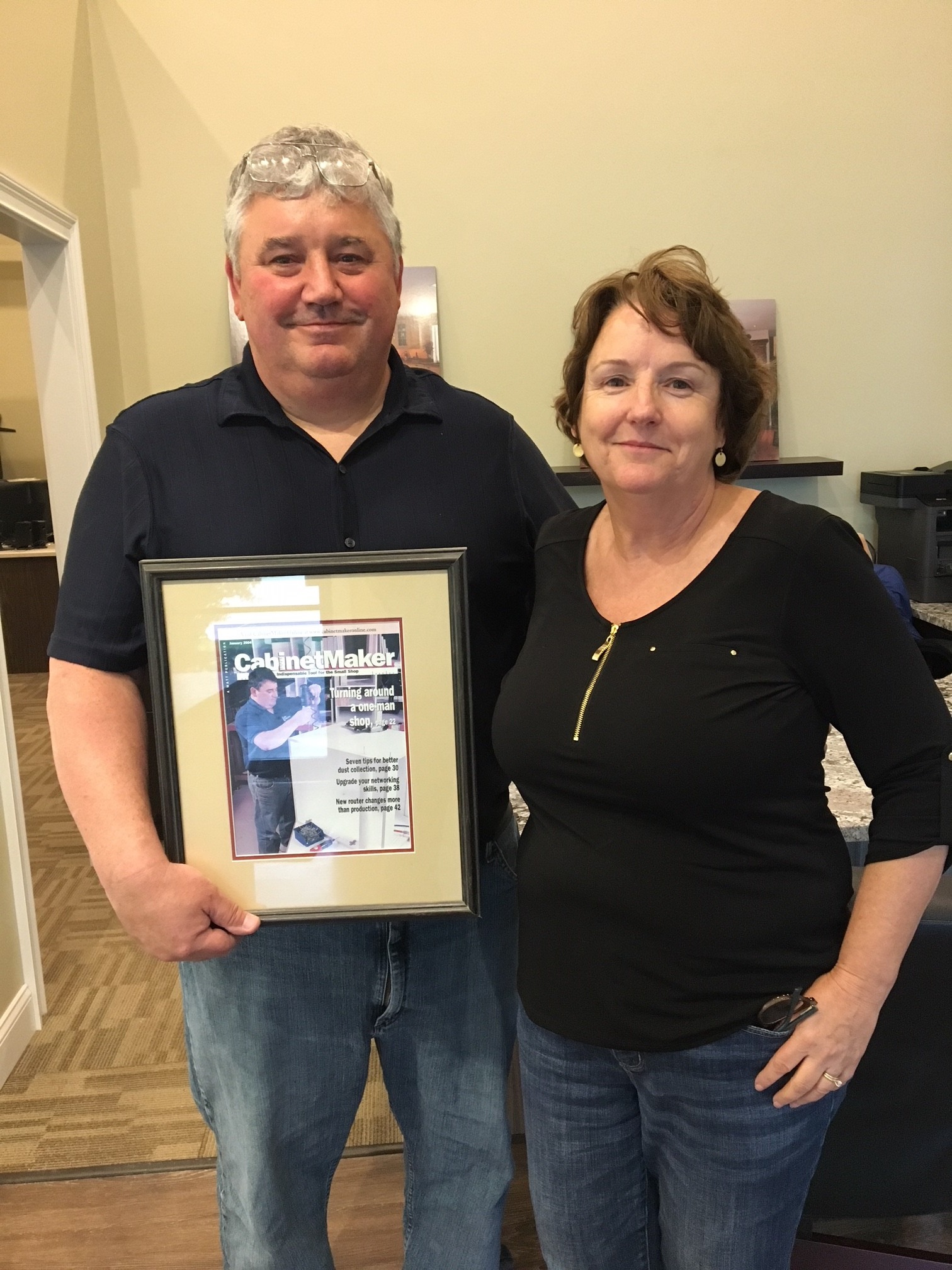 Ed Curtis and his wife Bessie with the 2004 CabinetMaker magazine that profiled his early success.
So, what happened? How was Ed able to transform a business that wasn’t even really scraping by to a productive, profitable enterprise that provides good livelihoods for more than a dozen people and manufactures high-end kitchens and other built-ins for a demanding market in the greater Boston area?
The answer is what sets Ed apart from all those shop owners who can’t seem to keep from tripping over their own feet. Ed made the effort to get out of his shop and learn the craft of business.
When I first met Ed, it was when he took that first big step and ventured out to attend the first panel I had put together to try to help shops struggling with how to price their work. It was at a small trade show in Hartford, Connecticut, about a two-hour drive from Ed’s shop in Massachusetts. I don’t know what it was that got Ed to take that drive. He probably didn’t expect to do much more than see some new tools, but what happened was his eyes were opened to new possibilities.
In the pricing panel, Ed met a couple of opinionated cabinet shop owners from New York, Jim McDermott and Eric Lehman. Jim and I helped found the Cabinet Makers Association, and Eric was a charter member. We somehow connected with Ed to convince him he could save his business by learning how other similar shops succeed and applying those lessons himself. He never looked back.
He learned to price his work profitably. He learned sales and marketing skills. He learned new production skills and got solid advice on what machines to buy and how to use them effectively in his shop. And he made a bunch of lifelong friends.
One of my favorite stories about Ed involved a communication problem between him and Bob Buckley, another founder of the CMA. You have to understand that Ed is a fun-loving, died-in-the-wool Massachusetts boy, complete with a heavy Boston accent (“I pawked the caw at Hahvawd Yawd”), and don’t get him started talking about his beloved New England Patriots! Buckley, on the other hand is a son of the South who calls Tennessee home and has a Southern drawl to boot. Ed was all excited, telling Bob about a new piece of equipment that was really making a difference in his shop. For the life of him, Bob couldn’t understand what Ed was talking about. “It’s a fawk twawk,” Ed kept saying, and Bob kept hearing a four-letter word that should have offended his Christian sensibilities. Finally, the Mason-Dixon line was crossed, and they understood that Ed was talking about his fork lift, or in the local jargon a fork truck.
What Ed discovered is that he didn’t have to keep trying to re-invent the wheel all by himself. For every challenge he faced, there was another shop out there who had already faced the same challenge. And even if the other shop didn’t fully solve the problem, their knowledge from their attempts could provide the crucial nugget to help Ed solve what was facing him.
Eventually, as Ed became more successful and experienced, he was happy to return the favor and share his successes (and failures) with other shops to help them smooth the road ahead. Recently, Ed hosted a tour of his shop for a regional meeting of the CMA. Ed took us through is extensive showroom, explaining a whole sales and marketing strategy that takes customers step by step through the decision process, helping them narrow their choices and helping Ed and his design staff get a faster understanding of the potential customer.
Ed also shared some of his history on machine choices and shop production flow, including a few ideas that didn’t work out. That’s just as or even more valuable information than simply sharing success stories.
When we were back in Ed’s front office, a framed magazine cover caught my eye. It was the cover from a 2004 issue of CabinetMaker magazine in which I first profiled Ed and his early success after joining the CMA. Both Ed and I have gotten a bit grayer since then, but we’ve also picked up a little bit of wisdom along the way.
If you’ll take the first step to leave your shop and open your mind, you’ll learn there is help to find a better way. People in this industry who have learned this lesson are very generous with their time and energy to share what they know with younger shops. Ed is one of those people. But if you talk to him, don’t bring up football unless you are a New England Patriots fan! Business Planning: An Easy Approach to a Complicated Process