Tips and techniques for manufacturing cabinetry and architectural millwork were seen by more than 80 North American professional woodworkers and industry suppliers during plant tours of North Atlantic Corp, and South Shore Millwork.

The tours were conducted as part of the 88th annual meeting of the Wood Products Manufacturers Association, which took place Sept. 19-21 in Providence, Rhode Island. The annual meeting also included a lunchtime presentation by Jim Powers on developments in the architectural millwork industry, and a panel discussion on actual and proposed changes under the Trump Administration which could impact the business of WPMA members.

What follows are some brief highlights from the plant tours. For information on other WPMA events, including the 2018 annual meeting Sept. 26-27 in Nashville with plant tours to Nissan Motor and Middle Tennessee Lumber, visit WPMA.org. 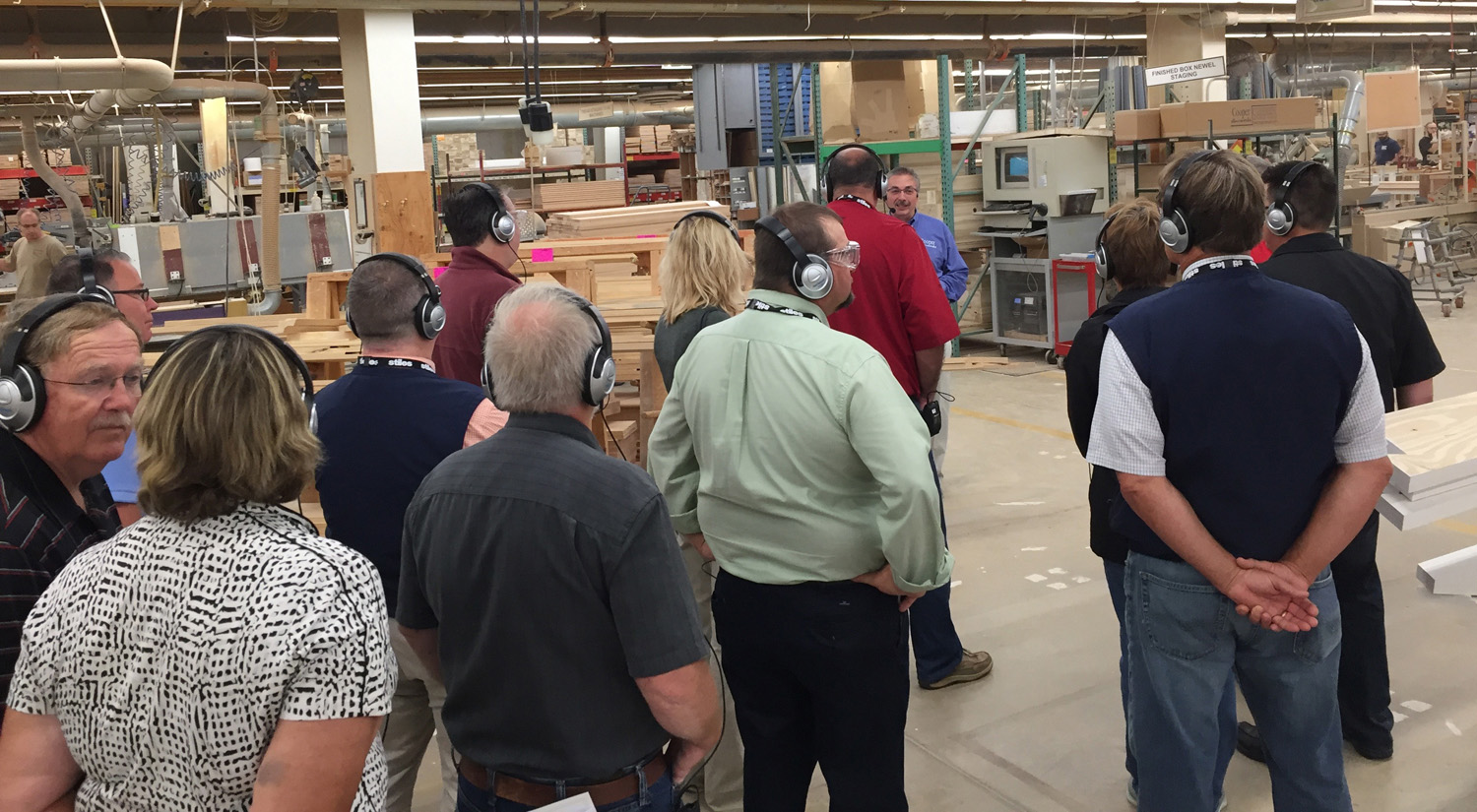 North Atlantic Corp.’s high production capabilities
Based in Somerset, Massachusetts, North Atlantic Corp. manufactures and distributes an array of products, including: windows, doors, cabinetry, stairs, millwork and flooring. Owned by the Humphrey family, NAC has more than 350 employees in locations throughout the United States.

It is at the 245,000-square-foot plant in Somerset that the majority of production takes place. While on a plant tour, WPMA attendees got a close-up look at the production of the Captiva interior doors, as well as the manufacturing of Cooper Stairworks’ preassembled straight and curved, and stair parts. NAC also specializes in small runs of moulding and millwork. 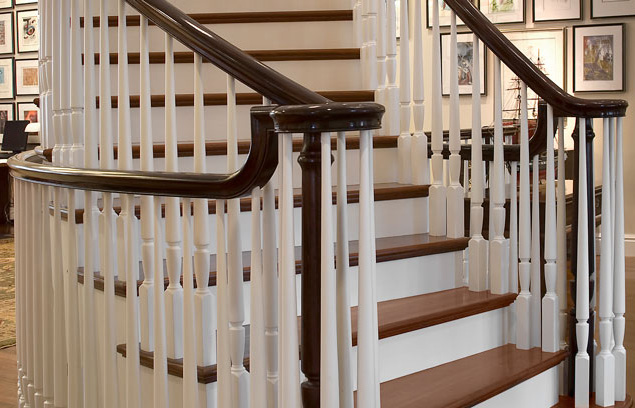 A sustainable facility, the Somerset plant was recently expanded and upgraded, including the installation of thousands of solar panels which generate almost all of the company’s electric needs. 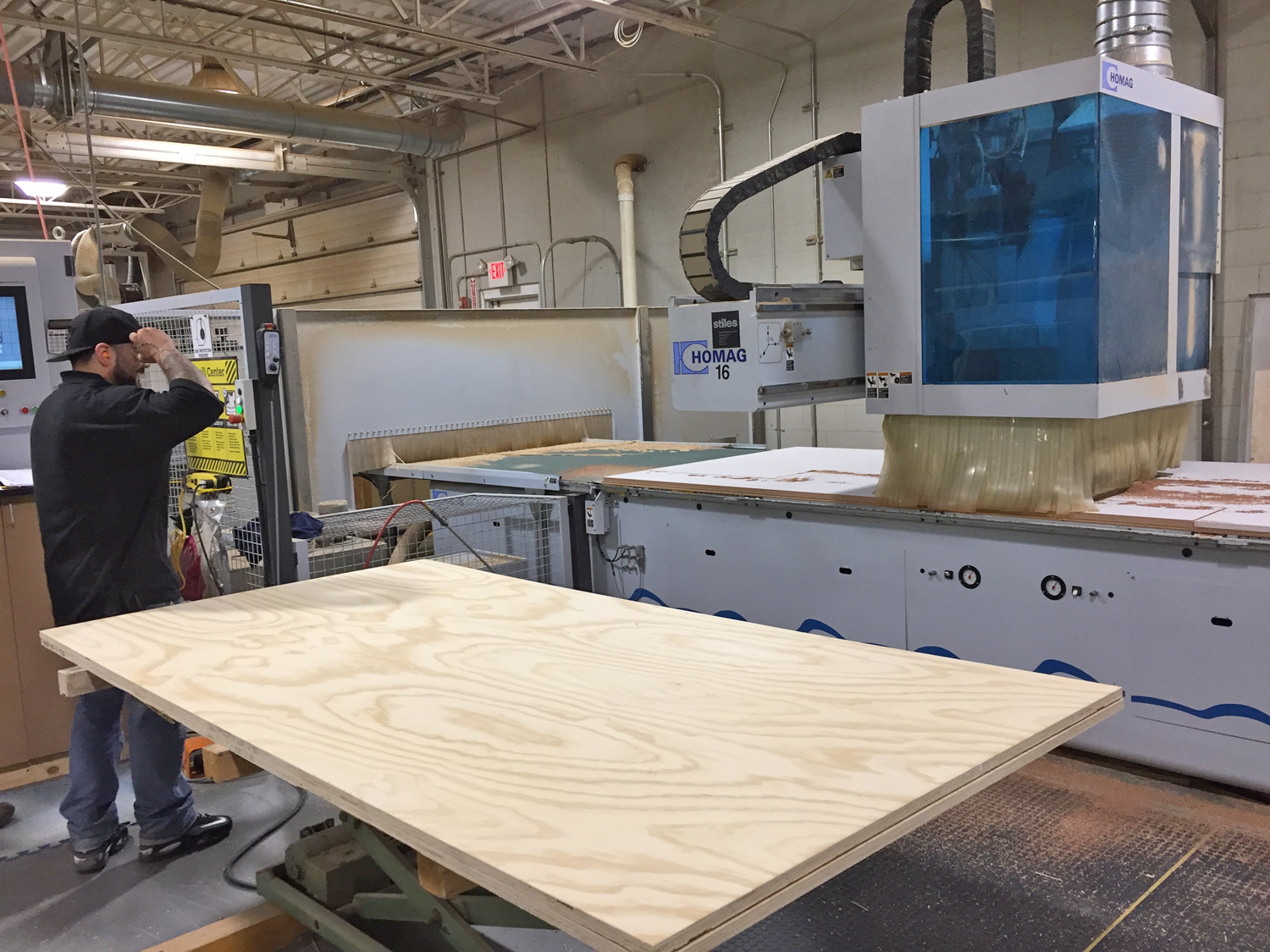 South Shore Millwork’s sustainable manufacturing operation
A high-end millwork provider, South Shore Millwork is also considered one of the most environmentally friendly manufacturers in the New England area. At the newly expanded, state-of-the-art 80,000-square-foot facility in Norton, Massachusetts, South Shore Millwork recently installed 646 roof-mounted panels and 2,242 ground panels in the rear of the building, which produce enough electrical energy to power the shop. The company said it expects the solar arrays to produce 880kW of electricity annually for the next 30-plus years.

Inside the climate-controlled shop are designated production areas for residential and commercial projects, where South Shore Millwork blends high-tech production with handcraftsmanship. In addition to custom architectural millwork, including curved and radius work, mouldings, and arched and radius doors and windows, the company also offers stile-and-rail fire-rated doors for residential and commercial applications.

As part of its environmental initiative, South Shore Millwork recycles (cleans, distills and reclaims) its stains and cleaning solvents in-house, while utilizing a technology that enables it to minimize the waste created by 90 percent. The company’s wood waste is also used to make wood pellets, mulch and other products.

President Jeff Burton is quick to add, “Our people are our most valuable asset.” The company has more than 80 employees.