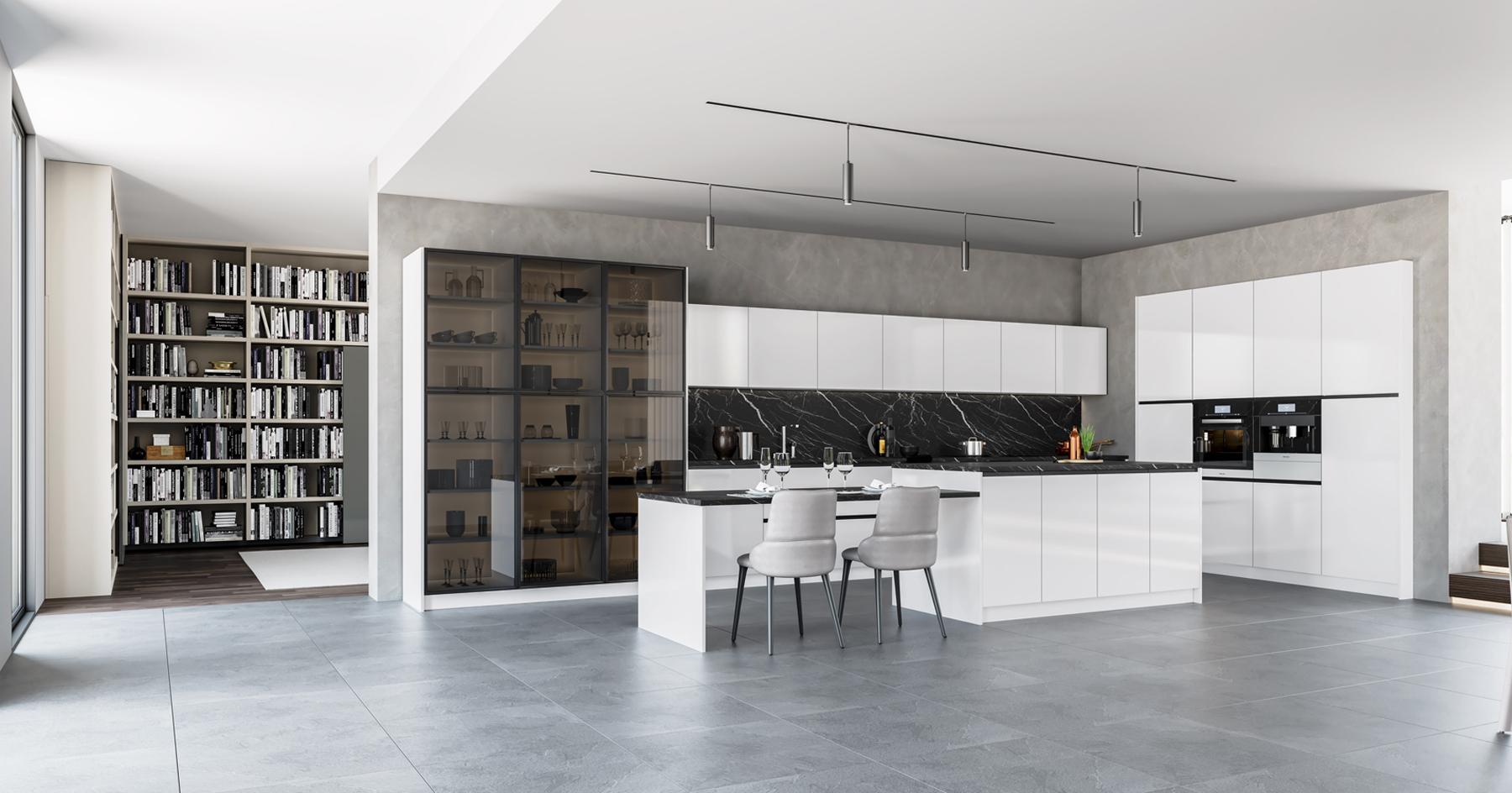 When buyers consider contemporary gloss and matte panels to be used in cabinetry and furniture, the purchasing process is often a tug-of-war between price point, aesthetics and performance.

At its most basic, the construction of any high-resolution gloss or supermatte panel consists of a substrate—usually MDF or particleboard—with a polymer surface applied. But not all panel products are created equal. In fact, they aren’t even created the same way.

Materials and manufacturing
Understanding the differences in panel technology is the first step for cabinetry and furniture manufacturers to gain a more accurate picture and inform their purchasing decisions.

• Polyethylene terephthalate (PET) film: This technology involves a lightweight plastic film glued to a decorative paper. These panels have a low price point, but tend to be less attractive and are less resistant to wear and tear.

• Acrylic: Acrylic panels feature a plastic surface that is adhered to a substrate. Acrylic offers the best visuals and highest gloss. But there are significant trade-offs: durability and cost. Think of acrylic as the “beautiful but less durable” technology.

•  UV lacquer: This process involves a lacquer coating cured to a substrate under ultraviolet light so that the panel and the coating bond into one single surface. This yields a product that offers a range of gloss options and is incredibly robust and highly resistant to scratches and impact.

It’s important to note that PET film, acrylic and UV lacquer panels all have their place in the market. Cabinetry in a high-traffic area of an elementary school needs to be more durable than beautiful, for example, while the lobby desk at a luxury hotel should be smooth and dazzling but remain resilient when luggage and foot traffic regularly impact it. Selection depends on the intended application and the end customer’s priorities.

Beyond technology
Another important and overlooked factor for buyers is the origin of the materials used in manufacturing.
Because both PET film and acrylic panel production involves combining pre-constructed elements into one, some manufacturers purchase the polymer surface from abroad and apply that surface to their own domestic substrate. The challenge is that these panel manufacturers are reliant on the production practices of other companies, meaning everything from consistency and quality control to cost and lead times are out of their control and can become potential pain points for buyers.

UV lacquer panels are made all under one roof, which offers more end-to-end control and predictability for buyers.

Testing types
One of the most significant challenges is reliable product performance information. The sea of products is vast, and the performance data can be difficult to navigate.

Because the measurements can vary from one performance test standard to the next, the data purchasers see depend entirely on which testing standard a manufacturer uses—and may not be directly comparable between different manufacturers’ products.

Buyers can be dazzled by data without knowing the information is comparing based on different kinds of tests and standards.

Buyers should look for products that use third-party testing to ensure they’re not relying on the word of the manufacturer alone. One reputable third-party test administrator is TÜVRheinland, which offers some the most advanced U.S. and European compliance standards for the industry.

However, panel manufacturers don’t typically test specific attributes to more than one of these standards. Two of the more commonly adopted standards in the panel industry are related to kitchens specifically: ASTM standards, developed for kitchen products in the U.S. market, which, historically, have more commonly featured face-frame solid wood cabinetry and EN standards, developed specifically to test panel products and surfaces for kitchen applications in Europe, which typically feature frameless cabinetry.

Inconsistencies in data
Two commonly misunderstood tests for surfaces are gloss level and scratch resistance, which can result in incomparable data.

Take, for example, the testing parameters for gloss level, which is measured in GUs, or “gloss units.” Gloss level generally follows ISO 2813, but it is essential to know the angle the measurements were taken from for an accurate comparison because a single surface will produce vastly different gloss levels when tested at different angles. One manufacturer’s recent test scored 46 GU when measured at an angle of 20 degrees, 84 GU when measure at 60 degrees, and 96 GU when measured at 85 degrees. Manufacturers can market whichever angle tells the most convincing story about their products, but each angle has its strengths and weaknesses in testing.

A 60-degree angle is the standard for panels used in kitchen cabinetry applications because it is applicable to almost any surface. However, a 20-degree angle offers a more accurate reading of high gloss surfaces, and 85 degrees offers more precision with matte surfaces. If gloss level is a primary driver in the purchasing decision, it’s important to ensure product tests reflect a consistent angle.

Scratch resistance is another purchase driver. The most current standard is EN 15186:2012 Method A, but some manufacturers still reference DIN 68861/T4 (which serves as a complement to EN 15186:2012). In both tests, a surface’s performance is measure in Newtons (N)—the force it takes to scratch it.

The challenge with these standards is the huge variance in force ratings. In one example, a manufacturer who recently switched its testing protocols for more accuracy previously rated the scratch resistance of one of its products at 1.5 N under DIN 68861/T4—but it rated the same product at a significantly higher 7.5 N under the EN 15186:2012 testing standard. Clearly, these test standards are incomparable.

It’s critical to understand what testing standards are being used, how specific tests within that standard are conducted, and what the benchmarks for satisfactory performance under that standard are before the data can be understood.

Other considerations
In addition to attributes such as gloss level and scratch resistance, there are a few other things to consider when assessing the balance of price, aesthetics and performance of panels.

Physical & structural properties: This includes thickness and dimensional stability—the overall robustness of a panel, measured in millimeters. The higher the rating, the thicker and more robust the panel.

Surface reliability: This test assesses a panel’s construction and consistency, and how well it will hold up over the long-term. Testing includes multi-directional cuts made into a panel’s surfaces to ensure its layers won’t fall apart. The bond of the polymer coating to the substrate can reveal how well the panel will perform. The bonding process typically includes three main technologies:

•  EVA glue, which is easier to use but is heat sensitive and may delaminate

•  PUR glue, which offers a strong permanent bond and will not delaminate

•  UV lacquers, which aren’t glued on but rather cured so that the lacquer and substrate chemically fuse

Chemical resistance: If a panel will be used with frequent contact with food, spray cleaners or harsh chemicals, this test assesses how resistant the surface is to chemical damage.

Color tolerance: Some manufacturers also test for other important attributes such as color tolerance. These manufacturers incorporate third-party color standards into their process and continually measure their products against these standards to ensure consistency over time. That means panels produced today will be the same exact color as panels from the same line produced in the future.

More than just tech
It takes a savvy, informed purchaser to understand not only the technology that goes into different kinds of panel production but also the testing information that’s used in the marketing of each manufacturer’s products. Arming themselves with the right information and consistent comparative data can ensure cabinetry, furniture and case goods manufacturers will invest in the right panels for their products and market.

Source: Matias Cobo is the industrial director at Alvic USA, an award-winning manufacturer of cabinetry and furniture panels for residential and commercial projects. For information on the company and its products visit alvicusa.com. 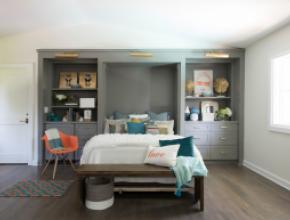 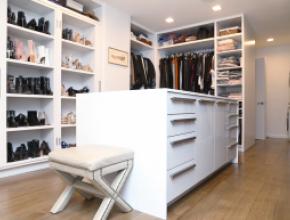 What’s next in surface colors, materials and finishes? 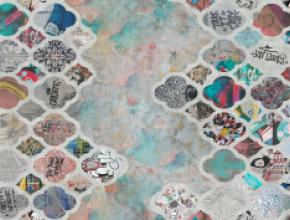