Thinking outside the box has been a successful approach to business for Saint Louis Closet Company’s founder and president, Jennifer Williams.

Located in Maplewood, Missouri (a suburb outside of St. Louis), the award-winning, woman-owned company, which was started in 1991, has had much success in designing and manufacturing its floor-mounted closet systems over the past 27 years. But the company recently developed a new ad campaign emphasizing its capacity to design organizing systems beyond the closet for the whole home from the pantry to garage. 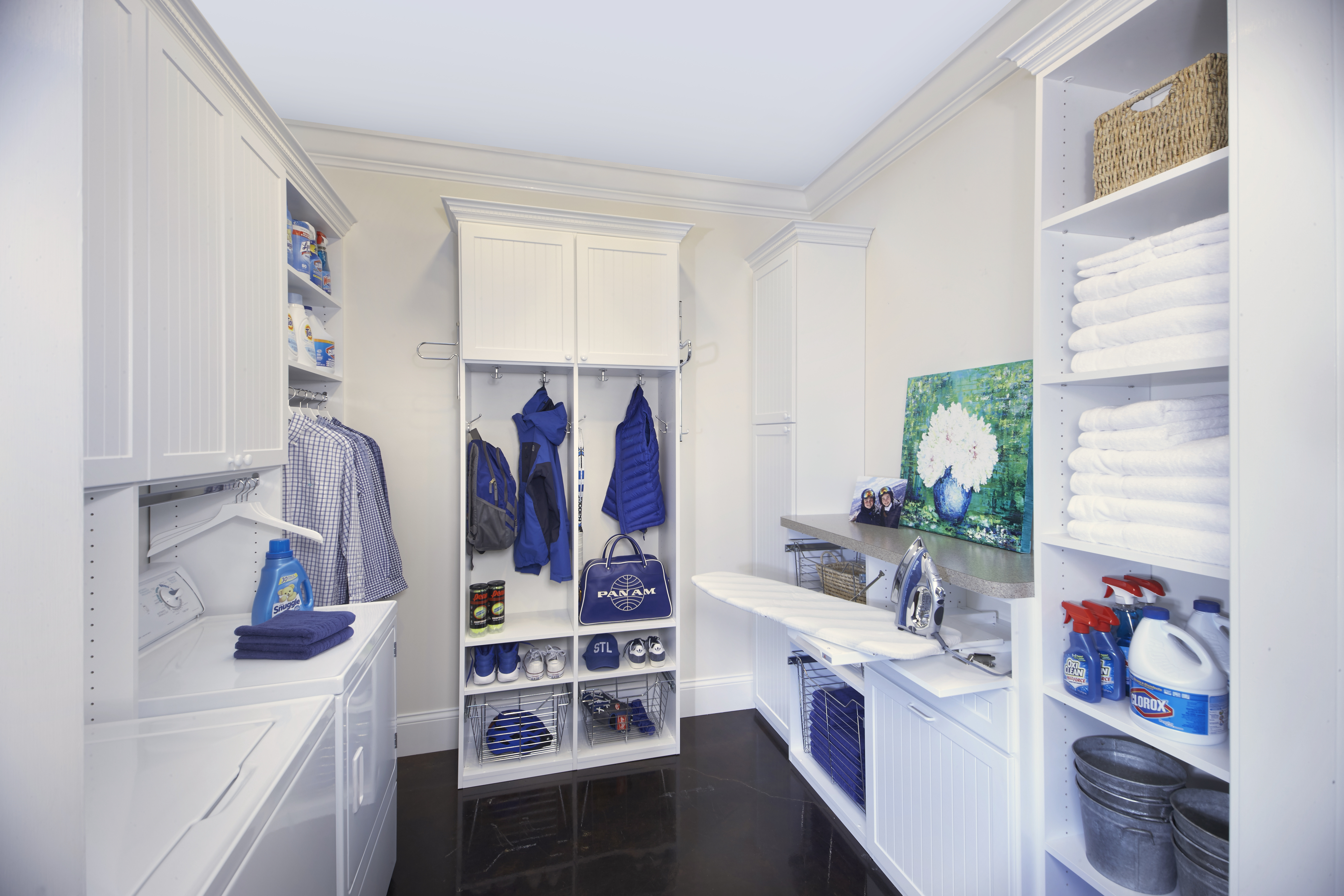 Williams says that when she first opened the business in the 90s, it felt like she spent the first five to 10 years explaining what they did and the benefits of having an organized closet.

“Twenty-seven years ago, people didn’t understand,” she says. “Wire shelving was kind of new. Custom closets were kind of a new concept. You’d tell people what you did, and they’d be like, ‘Wait, what do you do?’ It took time to educate people. Now in every TV show, in every movie, in every commercial there’s custom closets.”

And now that many customers fully understand the benefits of home organization, Williams wants to make sure they know that Saint Louis Closets Company can design more than just closets. 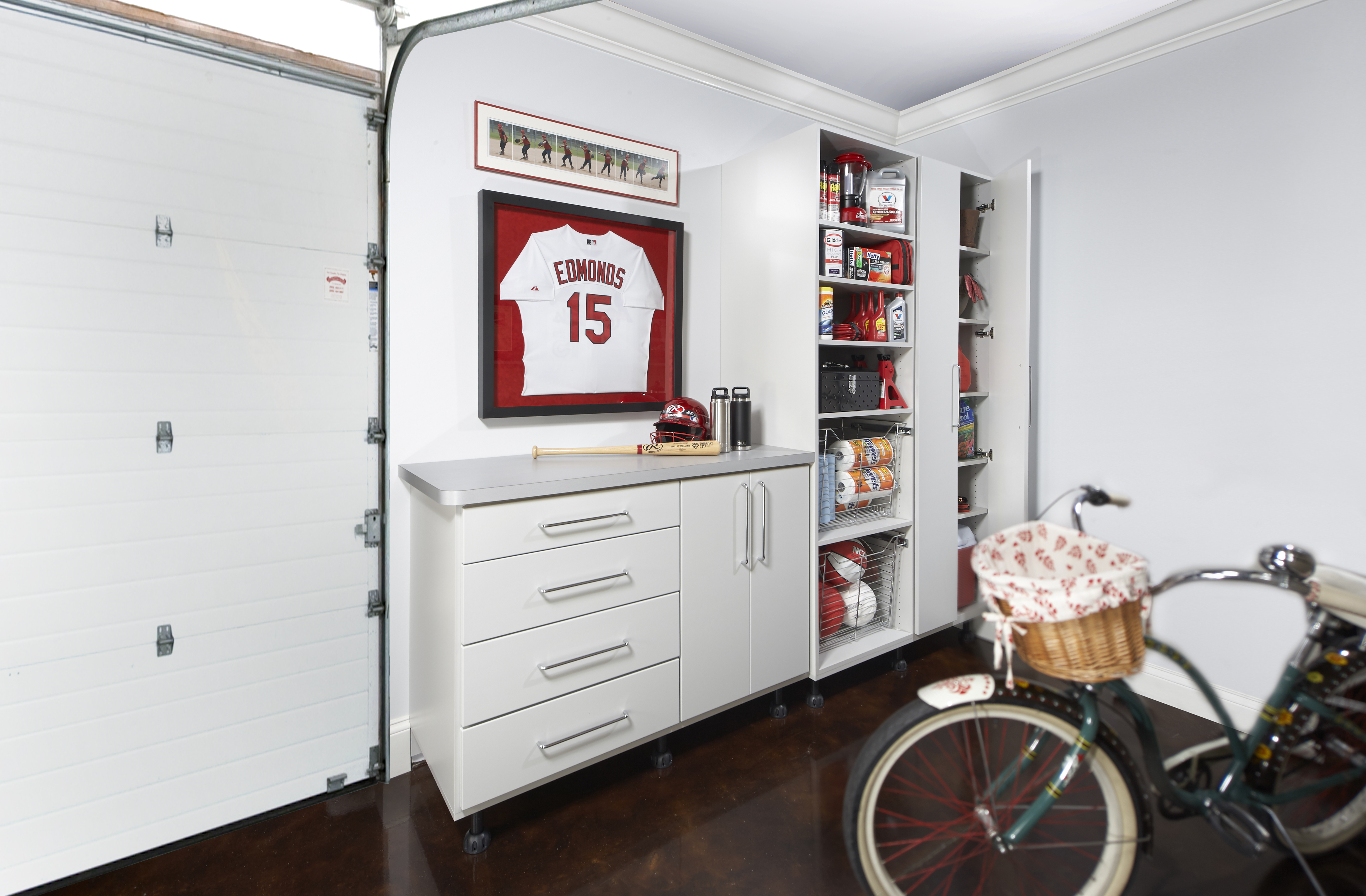 “So many people know we do organized closets. But they don’t really think beyond that to home offices, garages, Murphy beds, entertainment centers, craft rooms, sewing rooms,” Williams explains. “It’s not that we don’t do these things for people, we do a lot of them, but I think that those spaces are the next phase of the business. We’re continuing to do closets for everybody but it’s also about showing them that we can really be a one-stop shop for all their home organization needs.”

One way for customers to see exactly what Saint Louis Closet Company offers is to take a stroll through its revamped showroom featuring approximately 16 home organization displays. However, not only does the showroom highlight a variety of designs but energy-efficient lighting options as well. 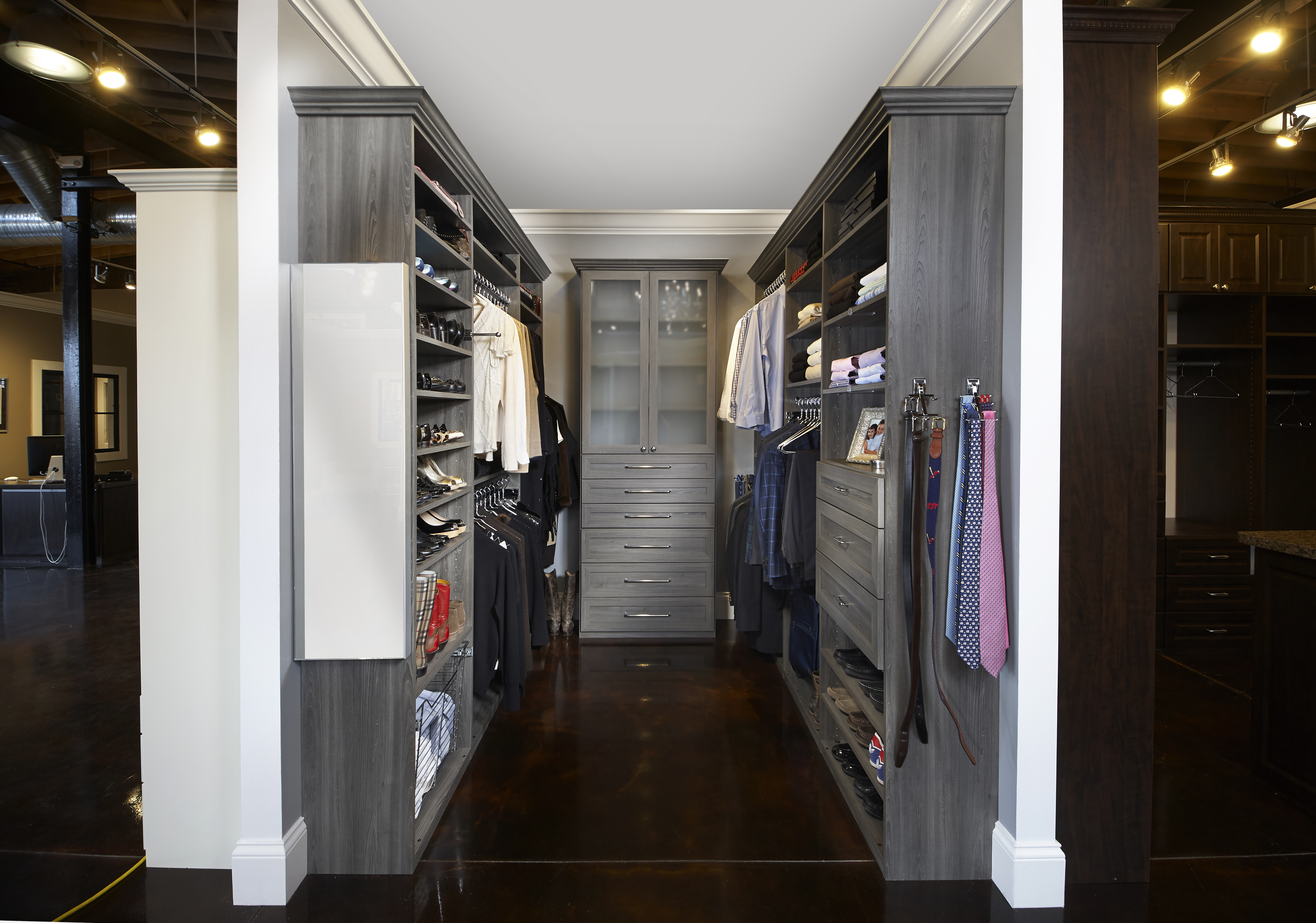 “We just went through a major remodel where we repainted the entire showroom, we redid every single display, and we redid a lot of lighting. We use lighting that represents real daylight, so you can really see the colors well. I think lighting is the biggest problem in so many showrooms because they have fluorescent lights and you can’t tell what it’s going to look like in your house. We’ve tried really hard to get the lighting in our showroom to look as close as possible to what an actual home is going to look like.”

It may be “old school,” York says but the hand-drawn designs provide a certain amount of flexibility as well as immediacy for the customer. 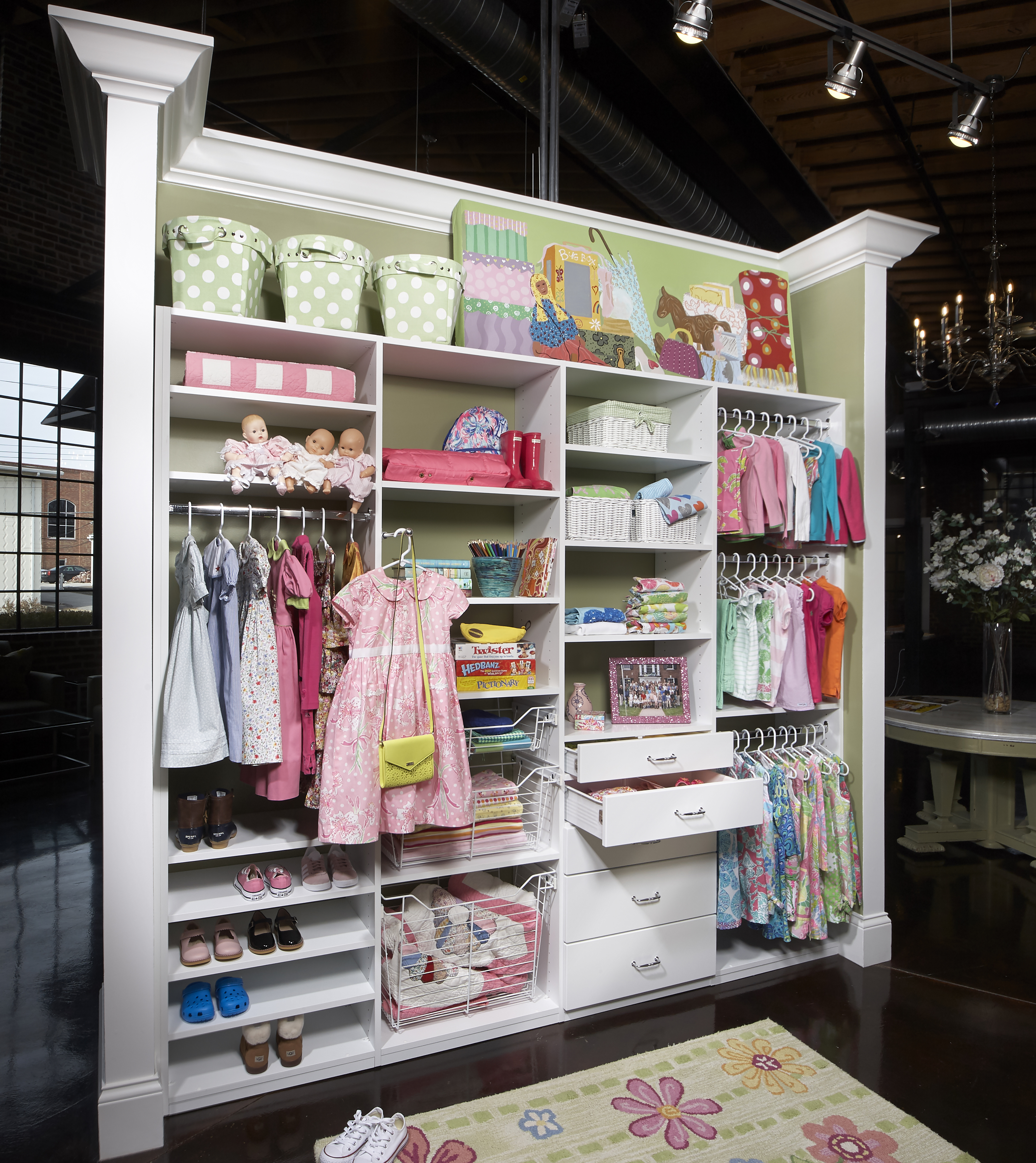 “Some of our competitors use computerized designs but I don’t feel like there’s the same thought process,” York explains. “Our competitors take the designs back to their CAD department who didn’t meet with the customer and they weren’t in the space. But we sit with our customers, draw in the house. We don’t have to say we’ll get it back to you in a couple of days. Sometimes a CAD department gets backlogged, but we can sit there with the customer, draw it, make changes, make revisions, and you still have the human thought process involved. For instance, you know if someone is a shoe horse, like shoes are extremely important, or they’re extremely tidy - they have their sweaters or their short sleeve shirts separated from their long sleeve shirts. A computer is not going to know that.”

York is also responsible for making the cutlist for each project, taking each design drawn in inches and converting it to metrics to match the machine setup in the shop. After that a master list of what needs to be cut is created and double checked and then each file is sent to the shop following the project throughout the production process from the Holzma beam saw to the two Homag edgebanders, Ritter boring machines, to the assembly area for the insertion of hardware and branded hinges and then on to the dock for loading into of one of Saint Louis Closet Company’s eight vans. 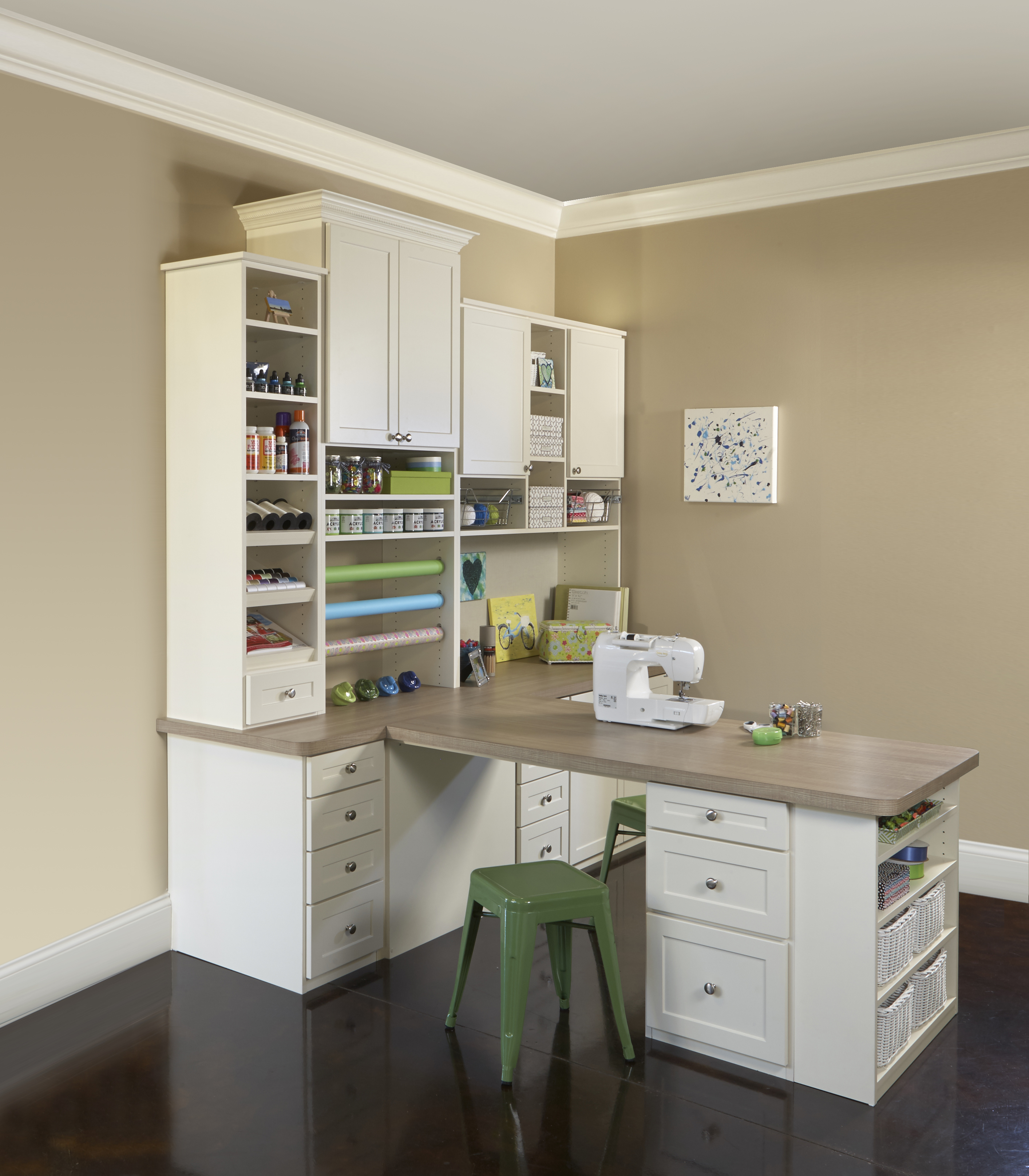 Saint Louis Closet Company relocated to its current 30,000-square-foot location in 2007 and remodeled the pre-existing facility reusing the original 120-year-old windows, making the shop’s new concrete floor out of the parts and pieces from the old building and covering the entire roof in solar panels, which has significantly reduced the monthly electric bill.

“What we have done with our shop is we’ve basically set up two mirrored systems so that we can produce two lines at a time. We have two saws, two edgebanders,” Williams says. “We run one edgebander with all the white material and the white glue. Then we have another edgebander that’s all brown glue. This was important to us to have two because of the quality of the finished product looks better.”

The dust collection machines are housed in their own room with a separate garage door, so all the dust bags can go in and out without coming through the shop, providing a clean work area.

Williams says her short-term goals are to reinvest in the business by purchasing two new edgebanders to replace what is currently in the shop as well as new boring machines and dust collection systems. The upgrades will help the company to continue to produce quality product, she says.

“Now it’s time to reinvest in the business with the manufacturing capabilities so we can continue to lead. We don’t want to ever be just following the trends, we want to be on the leading edge of the trends.”