Rubberwood is the name given to lumber from the rubber tree (Hevea brasiliensis), which is a tree producing latex which is then used to produce natural rubber. (Other names today include parawood and Malaysian oak.) Although Christopher Columbus was shown rubber on his journeys to the New World, it was not until 1839 that the vulcanization process was invented that made the elastic properties of rubber permanent. Prior to WW II, a vast forest area of rubber tree plantations, especially in the Amazon region, were envisioned and planted to satisfy the world’s growing demand for natural rubber. But then, almost overnight synthetic rubber was developed making the rubber forests essentially obsolete. Today, with natural rubber being in more demand, Malaysia, Thailand and Indonesia grow most of the trees (covering 9 million acres), produce most of the natural rubber, and have the largest supplies of lumber.

The reason that rubberwood is an important lumber species is that the latex production from the trees drops after about 25 years. Further, newer genotypes have been developed in recent years resulting in higher production of latex, compared to the older trees. So, the 25-year-old trees are being cut to renew the rubber forest. In the past, these old trees were burned. However, today, most of these older trees are being sawn into lumber instead of being burned, which has resulted in substantial increases in lumber availability. Plus, this lumber production from plantation grown trees is indeed quite environmentally friendly.

Rubberwood is classified as a medium density hardwood (hardwood means leaf bearing). It has many favorable properties. Products made from this wood include furniture and cabinets, household woodenware, and parquet flooring. Perhaps the serious drawback is the amount of warp that can sometimes occur in drying.

I have noted that this species is fairly popular in furniture that is being imported into the U.S. Rubberwood is readily available, has good properties and is not too expensive; hence, its popularity.

Density. The density of the rubberwood varies, but most plantation grown stock will run about 35 to 37 pounds per cubic foot at 7 percent MC. This is similar to white ash. For a piece of wood at 7 percent MC that is ¾ inch thick by 6 inches wide and 24 inches long, the weight is 2.3 pounds. Kiln-dried, rough lumber will weigh about 3000 pounds per 1000 BF.

Drying. Rubberwood dries rapidly with a medium to high risk of warp development. Good stacking with stickers only 12 inches apart, plus weights on the tops of the piles will help control warp. Splitting can also occur on the ends of the lumber pieces.

As the wood is highly susceptible to blue stain (fungal activity), prompt drying after sawing is critical. Hence, wood brought to the U.S. will either be kiln-dried (but maybe not to 7 percent MC) or, if shipped over 25 percent MC, will be treated with fungicides before shipping.

Overall shrinkage is quite small. Radially (thickness of a flatsawn piece) the shrinkage in drying is under 2 percent. Tangentially (the width in flatsawn lumber), shrinkage is 4 percent. These are roughly half as much as hard maple lumber shrinks in drying.

The dry wood is highly susceptible to powderpost beetles, so treatment (heat or fumigation) upon receipt would be advisable.

Large moisture changes can result in some uneven warp, so kiln drying to the correct final MC (usualy about 7.0 percent MC) is required.

Rubberwood does have a slight tendency to split when nailed near the end. Predrilling holes can avoid this, as well as using nails with dull points.

Color and Grain. The color of rubberwood is initially creamy when sawn, but after kiln drying and exposure to light, the wood turns darker with brownish and pinkish tints. The sapwood and heartwood appear similar and cannot be easily separated. The vertically running vessels give the grain a coarse appearance. These vessels also give the wood a bit of character. 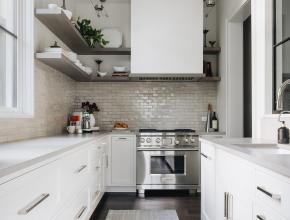 Fine cabinetry personalized for the customer 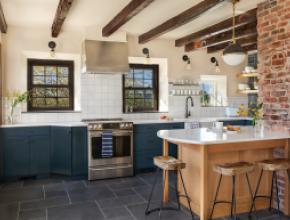 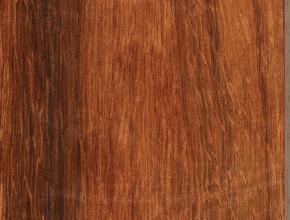