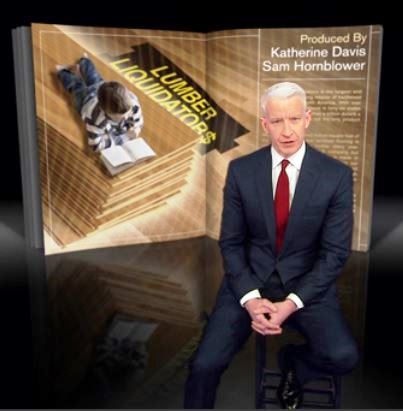 Reports by environmental watchdog groups who accuse Lumber Liquidators of LACEY Act import violations were also recounted during the 60 Minutes report. Lumber Liquidators is under investigation regarding that, and said during its earnings report last week that it could face charges by the federal government.

told 60 Minutes that the laminate wood flooring they produce is not CARB compliant, although it is shipped in boxes that state the opposite, and it is sold in California as meeting that state's limits on product formaldehyde emissions.