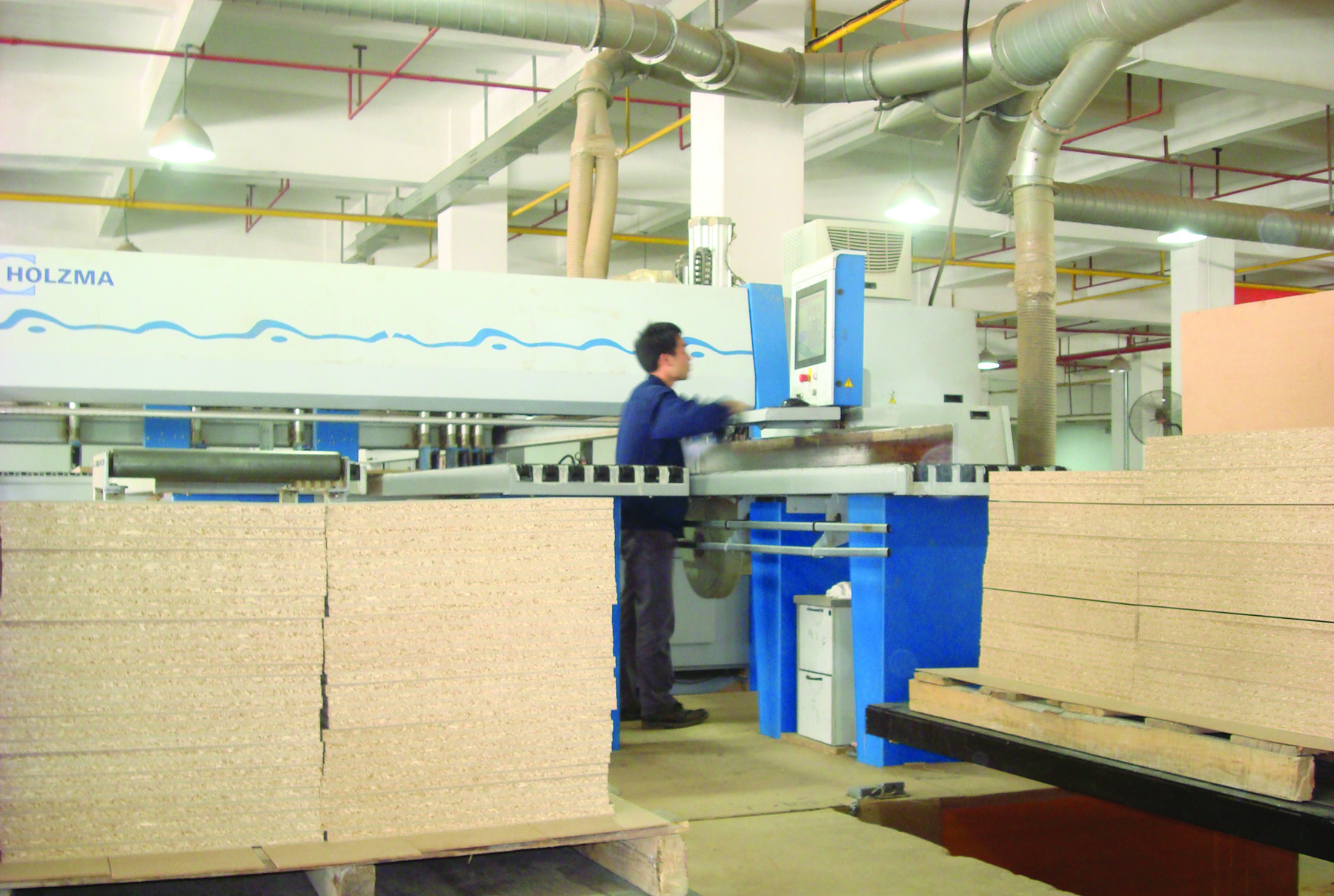 To be honest, I didn’t know what to expect. Nor did most of the other 16 participants representing 11 different companies/organizations from all segments of the woodworking industry (see a list of U.S. tour participants below). But what we saw Monday was in fact companies on par or even better than many of their North American counterparts, in terms of their investments in technology and lean manufacturing. And while owners of Chinese wood products companies do have the benefit of much lower labor costs, they also have the financial responsibility for supplying dormitory housing for employees plus having available all their weekly meals, as well as other subsidies, that their North American counterparts don't have to contend with.

What follows is a brief recap of the visits to Kinwai and Oppein. I’ll continue to share some of my observations on other plants throughout the week. Founded in 1993, Kinwai is located in Jiangmen, Guangdong, with subsidiaries in the United States and Europe. The company employs approximately 2,000 people at its 5-million-square-foot manufacturing plant. According to Kai Chew (KC) Lau, vice president, Kinwai posted sales of $120 million (production) in 2010.

Kinwai is among the more progressive Chinese manufacturers in terms of its sustainability efforts. It says it uses environmentally friendly materials and is undergoing FSC certification. Kinwai also has received “China’s Famous Brand” award for its “conception of humanism.” Just a few years ago, the company invested millions of dollars in new technology to improve its manufacturing of residential and office furniture products, both OEM and ODM. Among the equipment purchased were: Holzma panel saws, Weeke machining centers, Bargstedt material handling equipment, Homag CNC machining centers and CNC routers and Homag edgebanders. 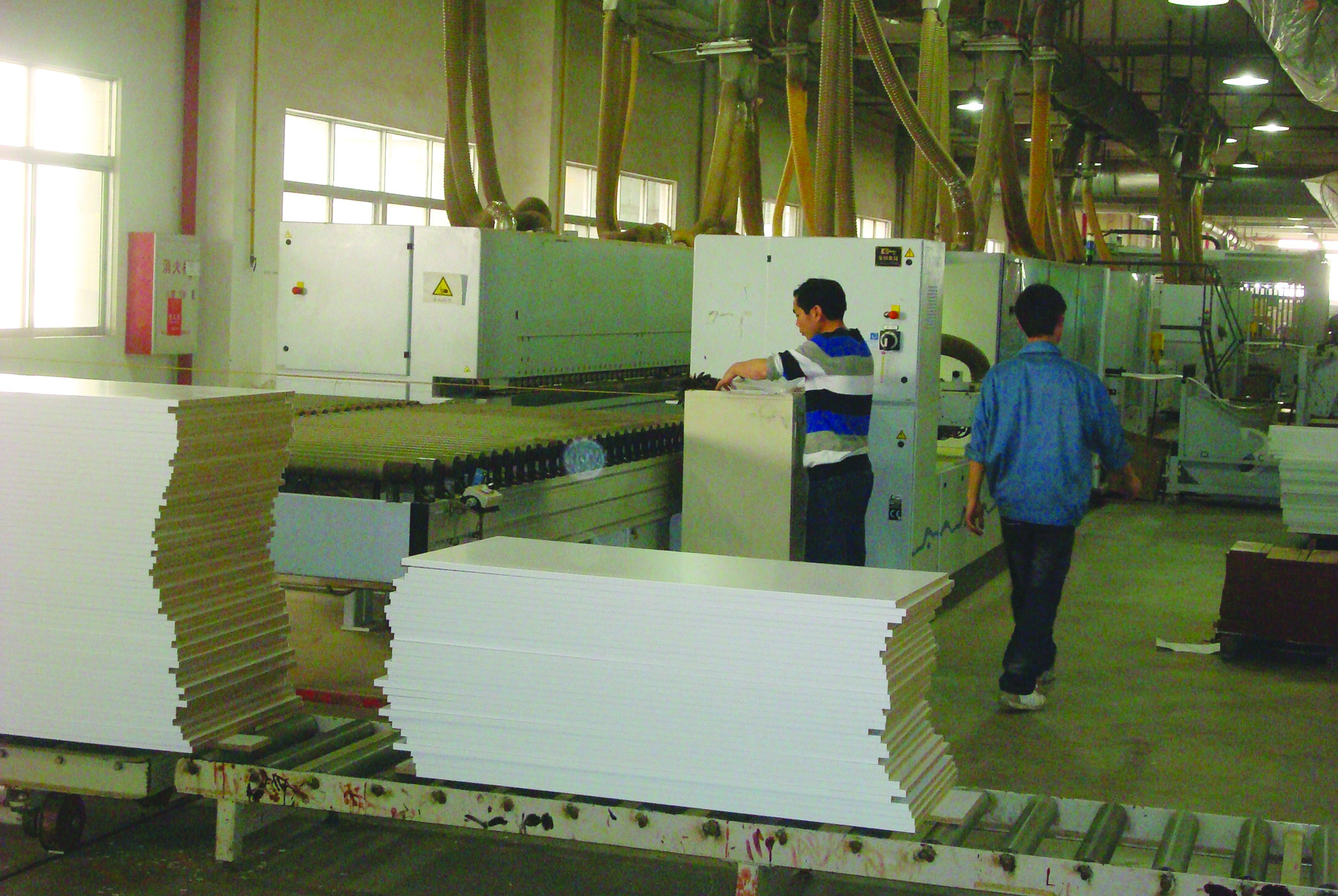 “In the long term, we felt it was best to go to more processing machinery (vs. manual labor) due to increasing labor costs, plus the higher quality and consistency available,” Lau says. “Guaranteeing quality is as important as quantity.” 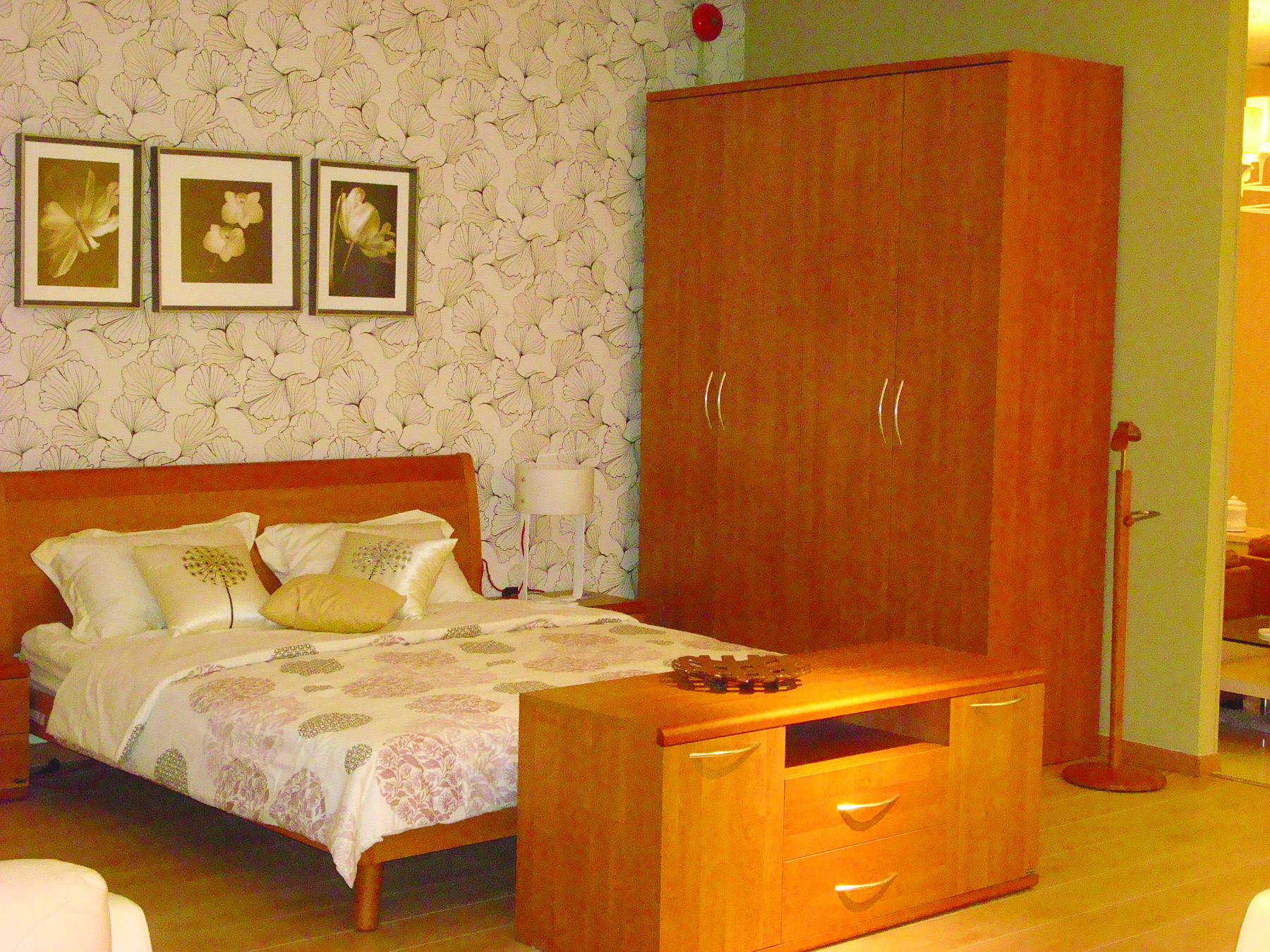 Almost half of Kinwai’s veneered products are exported, including to the United States. The company also produces laminated melamine furniture for domestic consumption as well as some solid wood and upholstered furniture. The popularity of its sofas is resulting in Kinwai adding another sofa manufacturing line, scheduled to go online later this year. 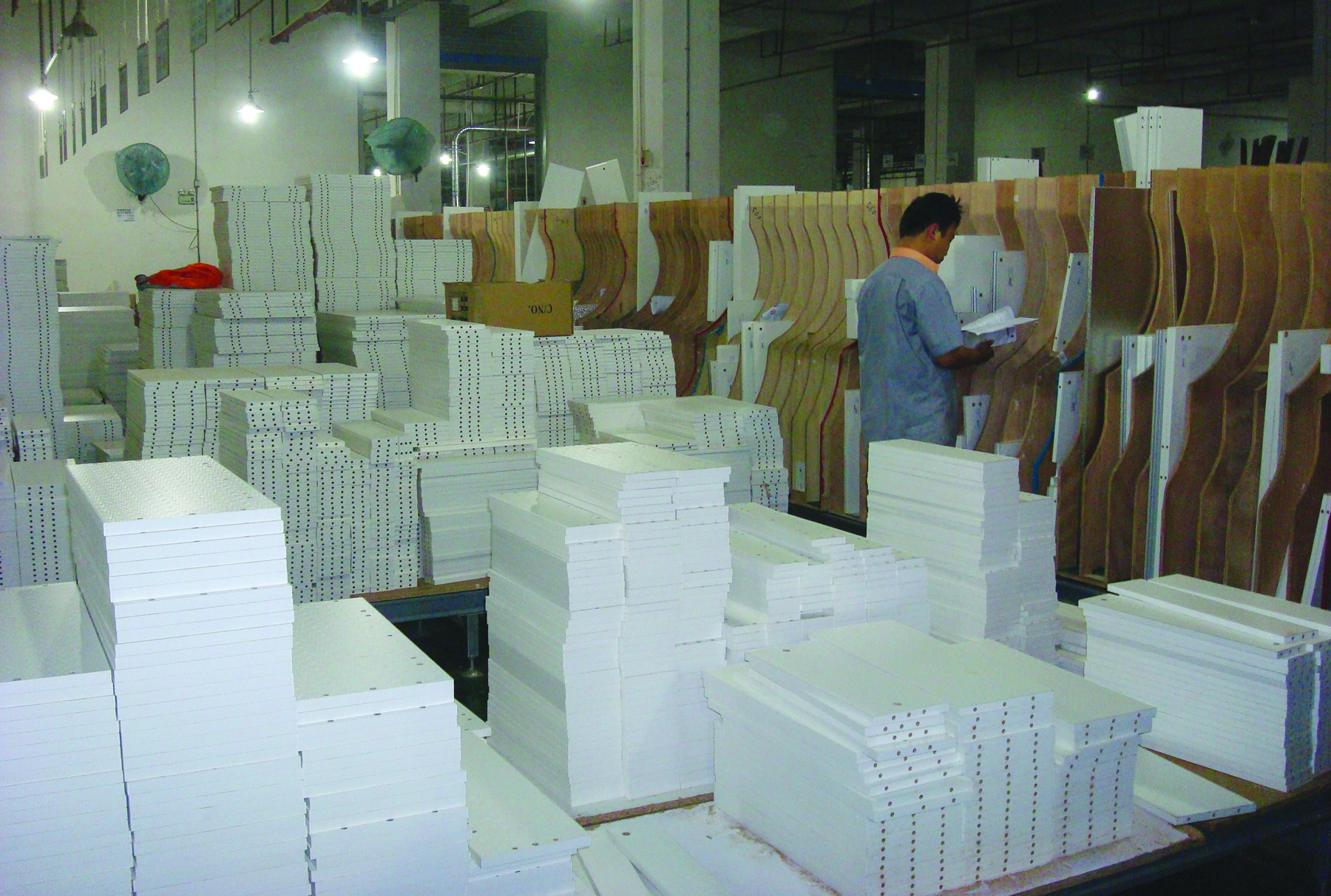 Formerly known as Optima, Oppein is located in Guangzhou, Guandong. Founded in 1994, Oppein is considered the largest cabinet manufacturer in Asia, having produced 230,000 sets of kitchen cabinetry and 110,000 wardrobes last year; also manufactured are cabinets for the bath and kitchen accessories.

Annual sales in 2010 were more than $300 million ($2 billion RMB) and Lian Bo Yao, an owner of Oppein, boldly predicts an increase to between $1.2 billion and $1.5 billion ($8 billion and $10 billion RMB) by 2014. The majority of Oppein’s sales are domestic, though the company does do a small amount of exporting to the United States and other parts of Asia; Yao says this may increase in the near future. 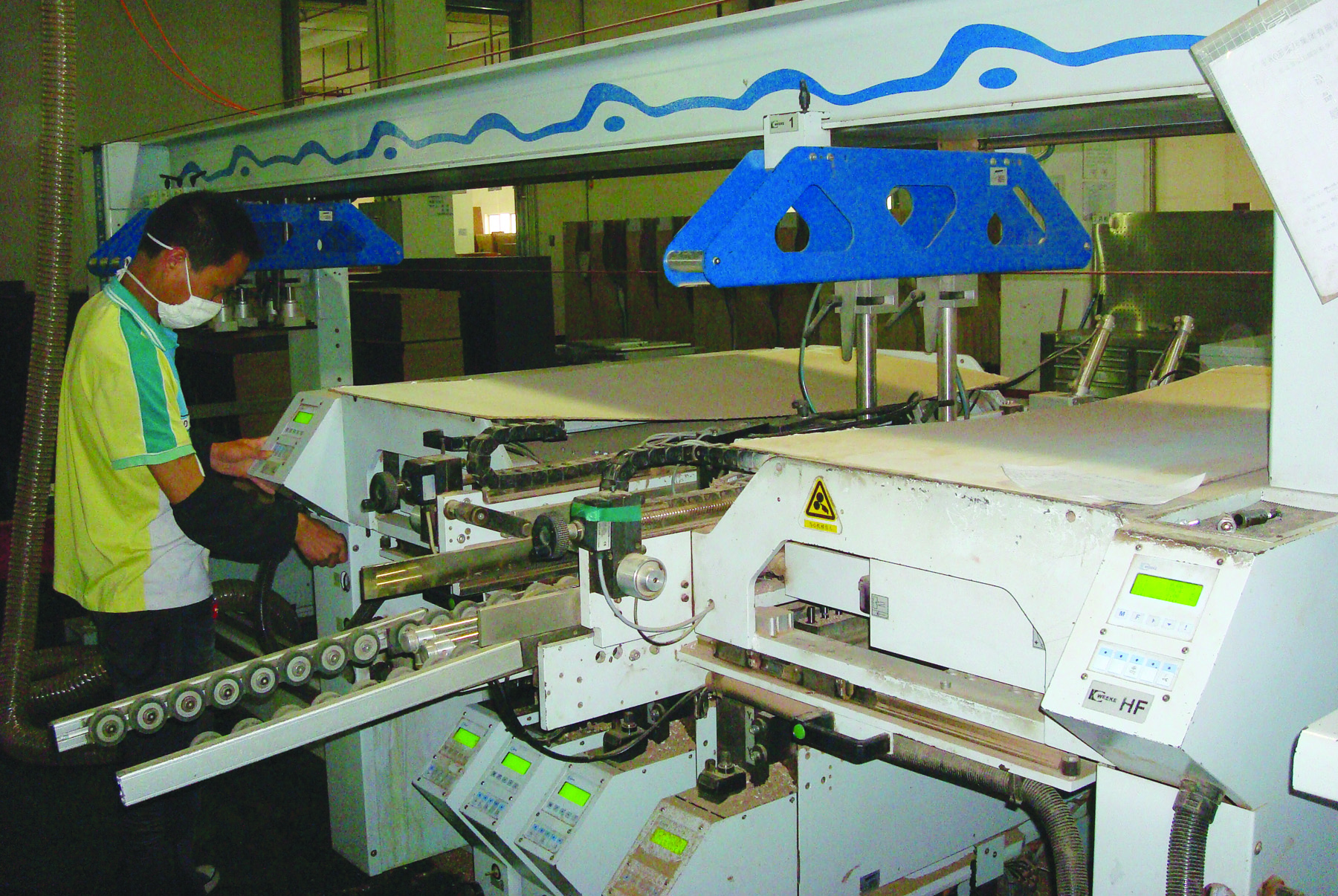 Although high production, all kitchens and wardrobes are custom manufactured with regards to size, Yao says. That makes the use of CNC technology even more important, adds Baoan Liu, production technology director. Turnaround time averages 10 days for the company’s melamine lines and 15 days for lacquer products.

Overall, the company employs approximately 6,000 people and has more than 3 million square feet of manufacturing space for producing the 10 units (types/lines of products) offered. What makes Oppein’s machining process atypical is that, for finished products, the company will apply the basecoat first on the large panel using a Buerkle UV line, then cut the panel size and edgeband it, before returning the parts to the finishing area for the topcoat. According to Liu, with the high volume produced at the company, Oppein has found that this method saves time, as opposed to the more traditional method of cutting first and machining, then finishing. 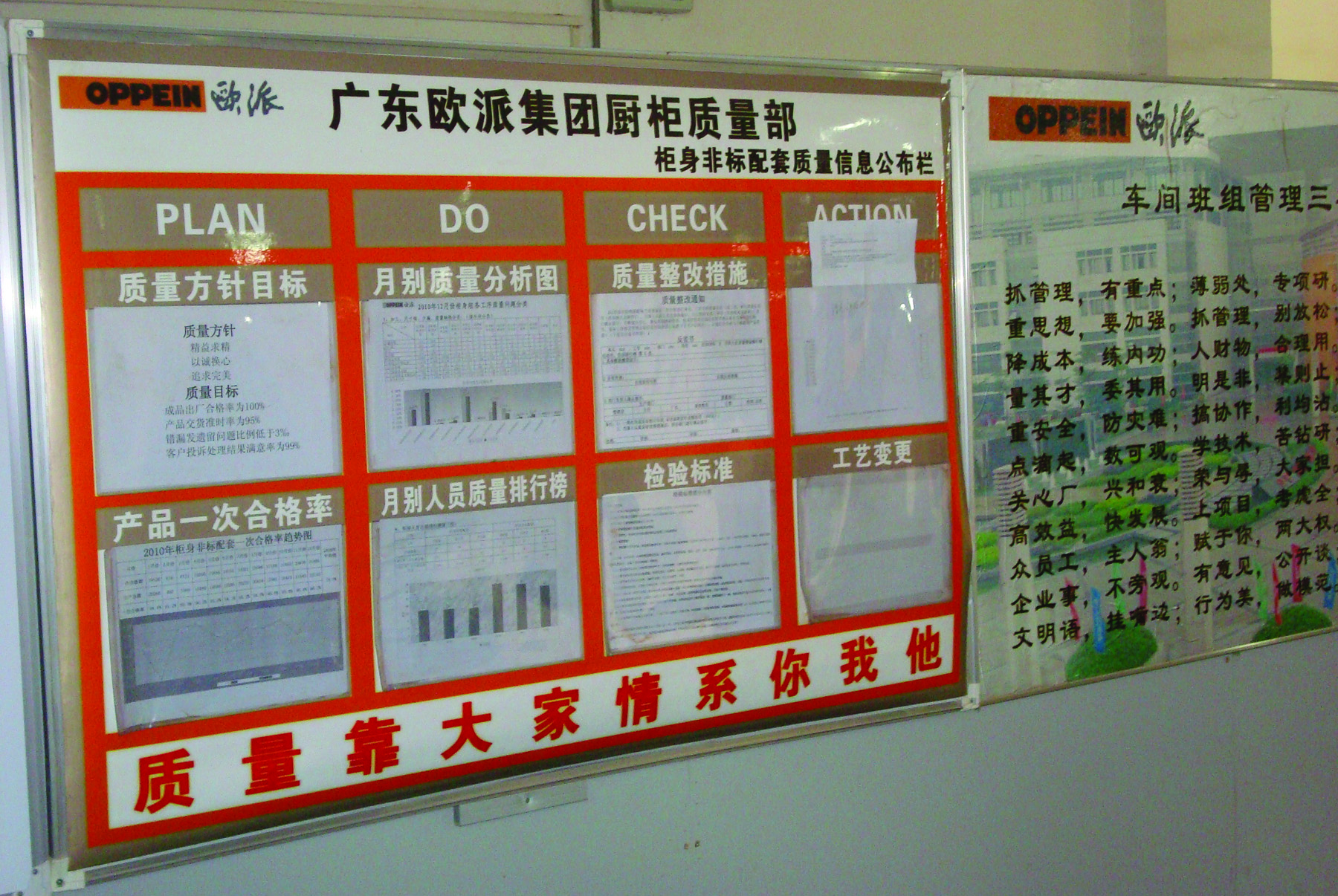 One of the items participants of the technology tour commented on was the ease in which product flowed between the workcells, which underscores the company’s commitment to lean manufacturing. And because the company moves from large batch to project processing, bar coding is used throughout much of the plant to track the work in process as it moves from the Holzma panel saws, through the Optimat two-sided and single-sided edgebanders, Homag Venture CNC routers and CNC boring machines, including the small-footprint Weeke Optimat BHX which has boring and routing capabilities as well as drilling hinge pockets.

Keep watch for more on the manufacturing technology used at other China plants. 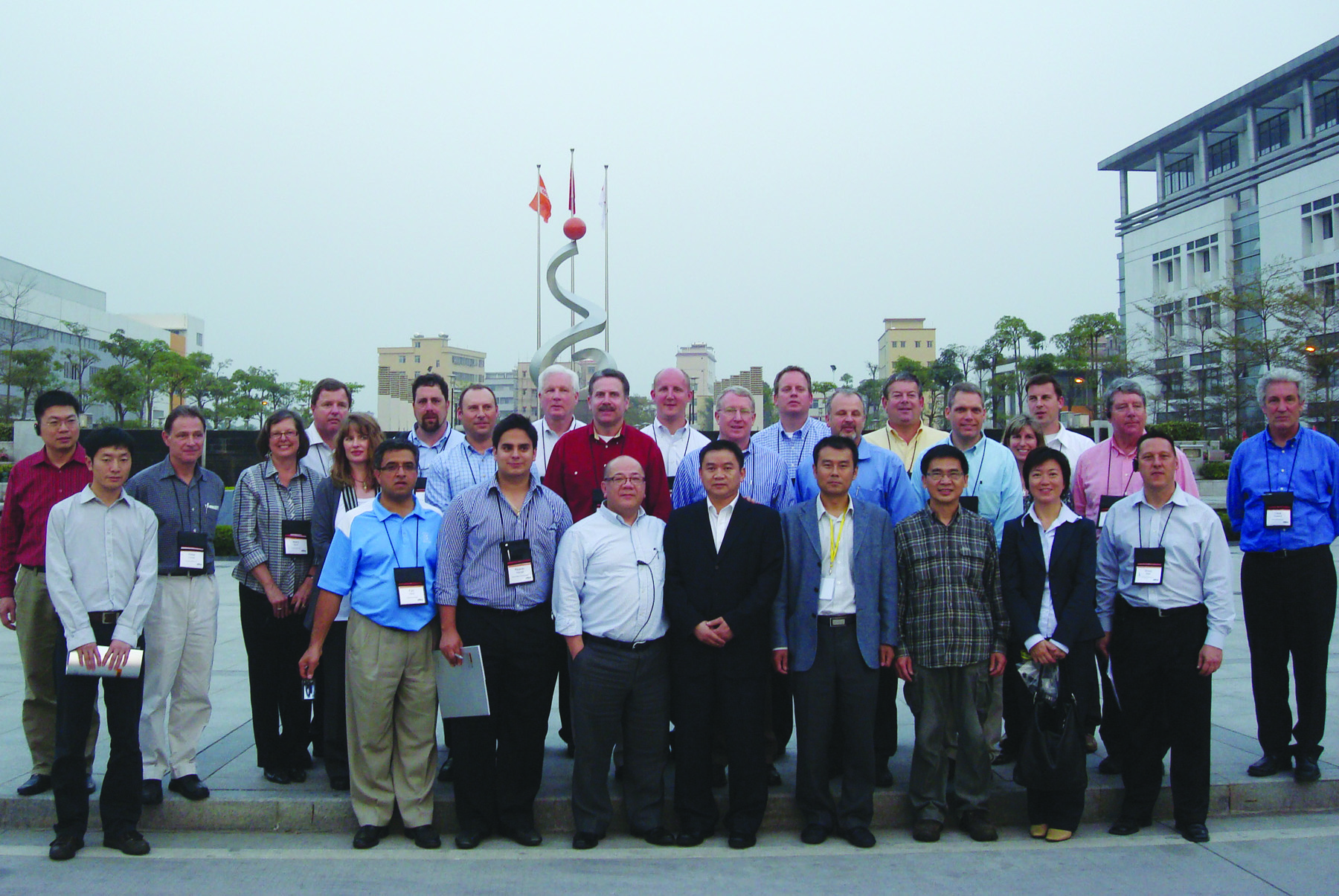 Tour of Technology to China
Stiles Machinery sponsored the tour in conjunction with Homag China Golden Field Ltd. The tour began on Saturday, Feb. 26, and runs through Saturday, March 5. Among the companies to be toured are: Kinwai Furniture, Oppein (group picture), Sogal, Royal Furniture, Fortune, Decca and Mingzhu Furniture.

The North American contingent participating on the tour also has had the opportunity to visit Lamma Island and enjoy a brief tour of Hong Kong before the departure to Mainland China. (Upcoming will be a visit to the Panda Zoo.) On Tour at China's Fortune & Decca China’s Factory of the Future: MingZhu