As woodworkers, we have become accustom to high-tech stationary power tools, complete with all kinds of bells and whistles. Whether it is a SawStop with flesh sensing technology, a TigerStop digital fence, or the plethora of digital speed, angle, and height read-outs found on shapers, sliding table saws, planers, and widebelt sanders.

Let’s not forget the dizzying complexity of modern edgebanders, multi-head widebelt sanders, and CNC machines. Needless to say, in the shop, we are familiar and comfortable with all kinds of computerization, automation, and technology, but it seems as soon as we head out into the field, we regress several decades, and are much more hesitant to welcome tools with all that “new fangled” technology.

My recent trip to the Bosch booth at this years World of Concrete Expo showed me that the latest technology is not relegated to the stationary power tool arena, but is alive and well in the cordless power tool industry also. Let’s take a look at a few examples.

Batteries of the Future 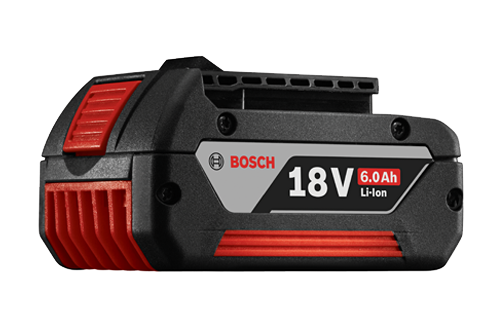 The WOC 2015 was where I first learned about induction charging technology, and how it could potentially change the way we deal with cordless tools and batteries, whether on the job site or in the shop. But, rather than discussing the finer points of induction charging vs. standard charging, lets look at the technology that makes it possible.

Cordless Drills That Are Smarter Than You 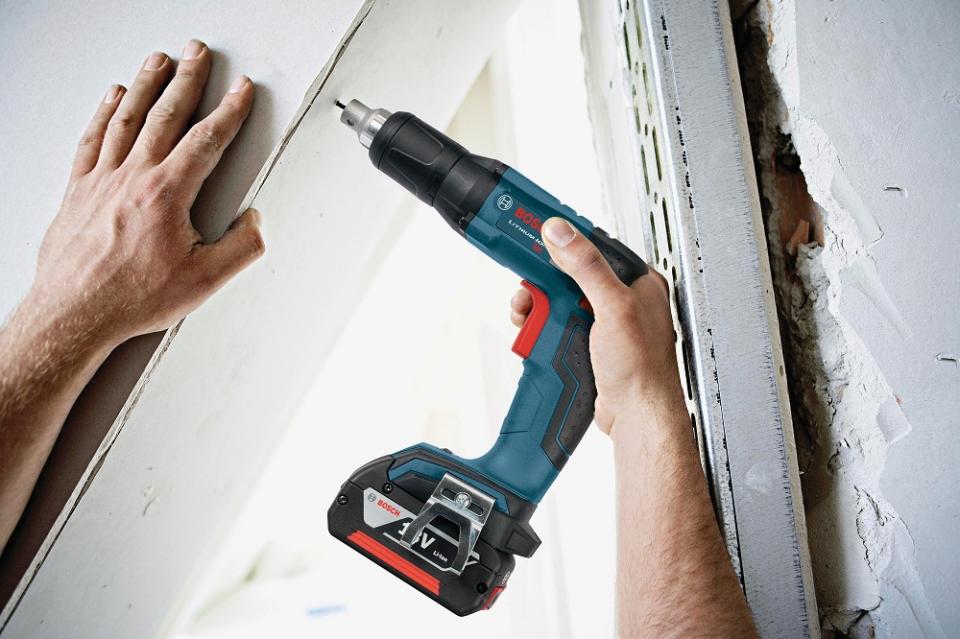 Cordless drills seem to be where all of this new technology merges to create what is probably the most engineered tool in our trailers. Many of the drills in the Bosch lineup have built-in safety mechanisms that will shut off the drill before it overheats, preventing the user from pushing the drill to hard and burning out the motor or battery. According to Bosch, they have programmed this shut-off mechanism to kick in earlier than other brands, believing that it is better to be safe rather than sorry. While this feature may be an absolute pain in the neck while on a job site trying to finish an install, in the end, we will be more than happy for the longer life-span of our tools.

Another innovative feature seen in two of the “Brute Tough” 18V cordless drills is the rotation detection feature, or “Active Response Technology”, as it is dubbed by Bosch. The power created by a drill’s motor is staggeringly large, which makes it super useful for accomplishing a days work, but also particularly effective at injuring you in the blink of an eye.

If you are cutting 3″ grommet holes into counter tops, or auguring holes through the framework of a building, chances are it is only a matter of time before the bit grabs, rather than cuts, and sends the drill body spinning. When that happens, hopefully your fingers and wrists are a safe distance away. If not, you can be like one of my employees, who, in the blink of an eye, found himself with a broken hand.

Why Laser Measures Are Awesome

I have a love affair with lasers. Just ask my father, whom I have been hounding forever to start using a laser measurer when he goes out to measure window jambs for interior shutters. Anyone who has joined me to measure cabinetry knows how lost I would be without the DLR130, which has been a staple item in my briefcase for the past 6 years. The engineers at Bosch are also quite fond of lasers, and judging by the number of tools they make that employ that technology, they may love them even more than me. 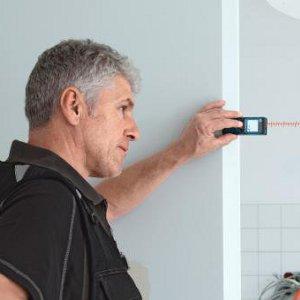 There are laser distance measurers that, with the push of a button, will give you an exact distance, accurate to within a 1/16″, against pretty much any surface material, in low light or bright light. I am guessing that a mere 10 years ago that technology was expensive, finicky, and cumbersome, but today, it is available in a cell phone sized package for $40. But why stop with tape measures? There are a myriad of line lasers on the market, that will help you more quickly and accurately layout and level kitchen cabinetry, starting at a mere $80. All these new laser-based tools should not be seen as replacements for the tape measures and levels we all own, but, rather as complementary tools designed to help get the job done more quickly and accurately.

So, the next time you are in need of some new cordless tools, take a moment to look at all the new features that have been developed in just the last few years and, after some mental math, you may come to the same conclusion as I did…it’s time to use all that new technology to become faster, safer, more efficient, and ultimately, more profitable. Plus, one can never have to many tools!