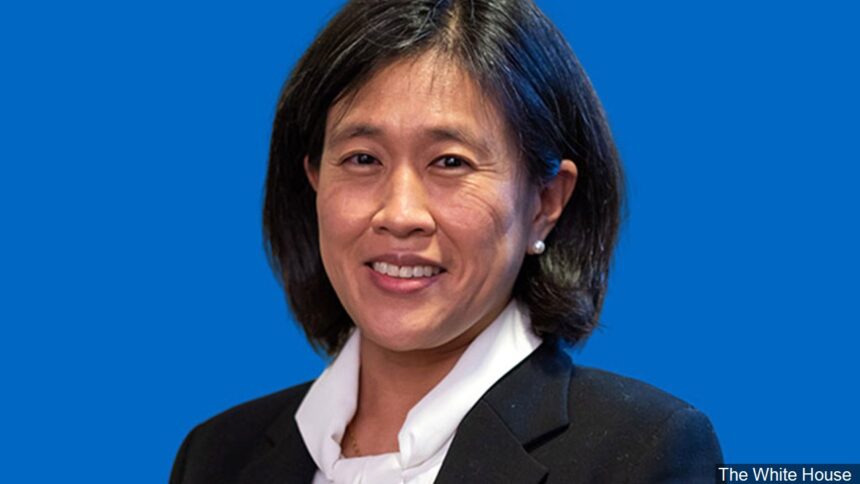 Tai will bring up the issue of lumber tariffs.

Tai is under increasing pressure to cut the 9 percent duties on Canadian lumber. Republican lawmakers asked her last week to eliminate the tariffs.

Tai told senators that Canada has not expressed a desire to engage, reports Reuters.

Homebuilders are growing frustrated, says Reuters, as they say the Biden Administration is not committed enough on the issue.

"Affordable housing is an important issue for the White House and NAHB was able to hammer home the fact that the lumber price spike over the past 12 months has added nearly $36,000 to the price of an average new single-family home and $119 more a month to rent a new apartment," says the NAHB.

During a Senate hearing on funding for the office of the U.S. trade representative, senators Jerry Moran (R-Kan) and Susan Collins (R-Maine) aired their concerns about rising lumber prices and tariffs on Canadian lumber.

“I agree with my colleagues on the need for there to be a negotiation with Canada to renew the softwood lumber agreement. We’ve seen lumber prices go sky high. We obviously preferred domestic sources but when domestic sources can’t meet the demand, as is the case right now and prices are so high, we desperately need a new agreement to be negotiated so that we are not involved in imposing countervailing and antidumping duties on Canadian softwood lumber imports.”

We will see what happens.