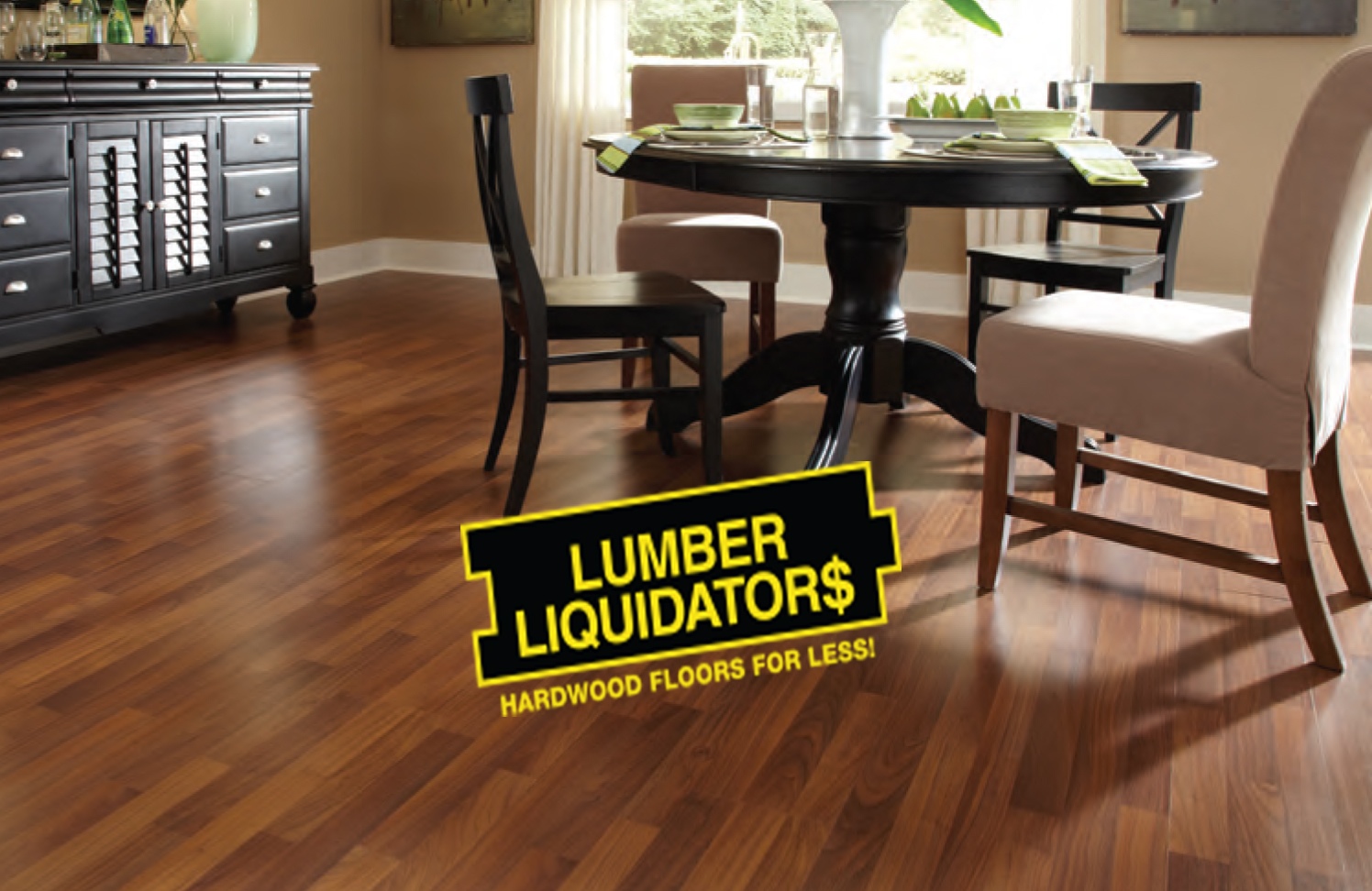 WASHINGTON - Lumber Liquidators will pay the largest fine ever issued for Lacey Act violations after pleading guilty in federal court to felony and misdemeanor charges related to its importation of some hardwood flooring from China, made from illegally logged Russian timber. The hardwood and laminate flooring manufacturer is scheduled to be sentenced on Feb. 1, 2016.

The Toano, VA-based Lumber Liquidators will pay $13.15 million in fines, which is $3.15 million more than previously announced in the settlement agreement due to a related civil forfeiture. According to the Department of Justice (DOJ), the Oct. 22 guilty plea by Lumber Liquidators makes this the largest criminal fine and first felony conviction for timber trafficking under the Lacey Act.

The DOJ said Lumber Liquidators' fines of $13.15 million include $7.8 million in criminal fines, $969,175 in criminal forfeiture and more than $1.23 million in community service payments. Lumber Liquidators also will pay more than $3.15 million in cash through a related civil forfeiture. The flooring company has also agreed to a five year term of organizational probation and mandatory implementation of a government-approved environmental compliance plan and independent audits.

Lumber Liquidators (NYSE: LL) was charged earlier this month in the Eastern District of Virginia with one felony count of importing goods through false statements and four misdemeanor violations of the Lacey Act, which prohibits the trafficking of wildlife, fish and plants deemed illegally obtained. The charges stem from a 2013 inquiry that Lumber Liquidators  illegally imported the lumber products then falsified statements as to the species and source. The flooring manufacturer's headquarters and a retail outlet in Richmond, VA, were raided Sept. 26, 2013 by Immigration and Customs Enforcement and Homeland Security Investigations, soon after the report, "Liquidating the Forest," was released by the London-based Environmental Investigation Agency.

In a statement, Assistant Attorney General John C. Cruden for the Justice Department’s Environment and Natural Resources Division, said “Lumber Liquidators’ race to profit resulted in the plundering of forests and wildlife habitat that, if continued, could spell the end of the Siberian tiger. Lumber Liquidators knew it had a duty to follow the law, and instead it flouted the letter and spirit of the Lacey Act, ignoring its own red flags that its products likely came from illegally harvested timber, all at the expense of law abiding competitors. Under this plea agreement, Lumber Liquidators will pay a multi-million dollar penalty, forfeit millions in assets, and must adhere to a rigorous compliance program.  We hope this sends a strong message that we will not tolerate such abuses of U.S. laws that protect and preserve the world’s endangered plant and animal species.”

In a statement from the DOJ, a joint statement of facts filed with the court shows that from "2010 to 2013, Lumber Liquidators repeatedly failed to follow its own internal procedures and failed to take action on self-identified 'red flags.'  Those red flags included imports from high risk countries, imports of high risk species, imports from suppliers who were unable to provide documentation of legal harvest and imports from suppliers who provided false information about their products.  Despite internal warnings of risk and non-compliance, very little changed at Lumber Liquidators.

"For example, Lumber Liquidators employees were aware that timber from the Russian Far East was considered, within the flooring industry and within Lumber Liquidators, to carry a high risk of being illegally sourced due to corruption and illegal harvesting in that remote region. Despite the risk of illegality, Lumber Liquidators increased its purchases from Chinese manufacturers using timber sourced in the Russian Far East.  In 2013, the defendant imported Russian timber logged under a concession permit that had been utilized so many times that the defendants’ imports alone exceeded the legal harvest allowance of Mongolian oak, Quercus mongolica, by more than 800 percent.  The investigation revealed a prevalent practice in timber smuggling enterprises, where a company uses a seemingly legitimate government permit to log trees.  Corruption and criminal activity along the supply chain results in the same permit being used multiple times and in areas outside of the designated logging area, sometimes vastly exceeding its legal limits."

Records show that on other occasions, "Lumber Liquidators falsely reported the species or harvest country of timber when it was imported into the United States.  In 2013, Lumber Liquidators imported Mongolian oak from Far East Russia which it declared to be Welsh oak and imported merpauh from Myanmar which it declared to be mahogany from Indonesia." Mongolian oak was added to the Convention on the International Trade in Endangered Species (CITES) Appendix III in June 2014.

The case was jointly investigated by agents of the U.S. Fish and Wildlife Service and Homeland Security Investigations as part of Operation Oakenshield.  The case is being prosecuted by Patrick M. Duggan and Christopher L. Hale of the Justice Department’s Environmental Crimes Section of the Environment and Natural Resources Division, and Stephen Haynie and Kevin P. Hudson of the U.S. Attorney’s Office in Norfolk.

“This multi-agency investigation highlights the importance the U.S. Government places on protecting tree species around the world from unlawful import, export and trade, and the effectiveness of the Lacey Act in implementing those protections,” said Deputy Assistant Director Ed Grace of the U.S. Fish and Wildlife Service’s Office of Law Enforcement.  “Thanks to this intergovernmental team, the habitat of the last remaining Siberian tigers and Amur leopards will no longer be threatened by the activities of this company.  This case and today’s plea deal demonstrate that those engaged in the commercialization of illegal timber imported into the United States will be caught and held accountable.”

Sierra Club Executive Director Michael Brune concurred. “[The] announcement puts companies on notice that they must do their part to protect the planet and take precautions to source their products legally. By reducing demand for illegal timber, we can safeguard communities around the world and our climate," he said. “Strong environmental laws only work if they are enforced. We applaud the Obama administration for holding Lumber Liquidators accountable. The United States must continue to help lead the fight against illegal logging by fully enforcing the Lacey Act.”