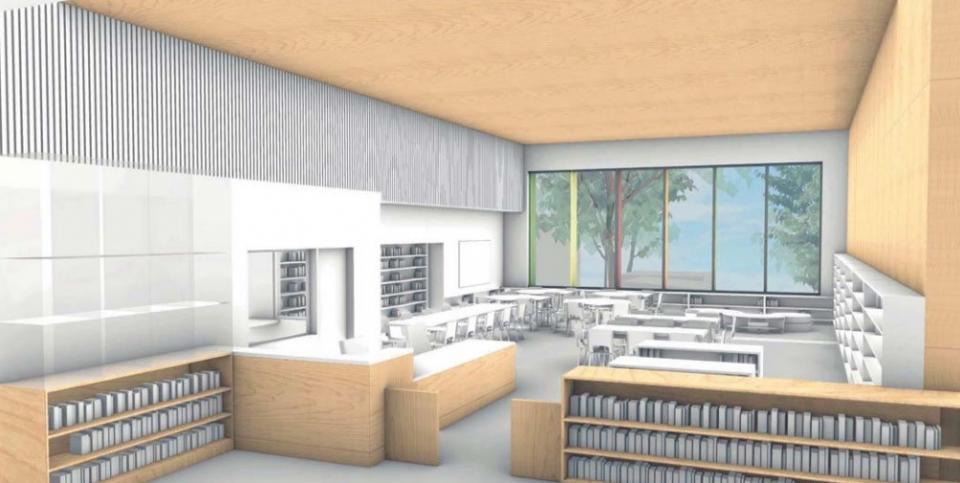 Architectural rendering of the media center at the new Bayview Elementary School to be predominantly constructed using mass timber.

Bayview Elementary School and Sir Mathew Begbie Elementary School, both located in School District #39, are part of a Vancouver School Board pilot project for future mass timber schools. The $50 million project to build the two schools has received $1,482,000 in funding through Natural Resources Canada's Green Construction through Wood Program. The program encourages the use of wood in non-traditional construction projects, including tall wood buildings, low-rise non-rntial buildings and bridges.

The use of mass timber is being touted as a seismic upgrade for its greater resistance against earthquakes. In addition, mass timber is being heralded as better for the environment in reducing greenhouse gas emissions, promoting innovation and supporting local value-added manufacturing.

The original Bayview School built in 1914 has already been demolished. A new two-story building will be built on its existing footprint. Begbie School, constructed in 1930, will be replaced by a 34,000-square-foot, modern design with open learning spaces. It is estimated that the use of mass timber as the primary building material will result in a total carbon benefit is approximately 1,400 tonnes of carbon dioxide, the equivalent of removing hundreds of cars from the road for a year.

"These two schools serve as a great example of the potential that can be realized with mass timber construction,” Nick Bevilacqua, principal of Fast + Epp structural engineers, a partner in the project. “In addition to meeting the demands of the seismic mitigation program, the timber framing systems used in these buildings provide warm, inviting spaces for the school community as well as help the school board meet their sustainability objectives." 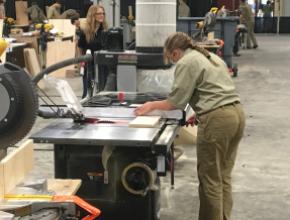 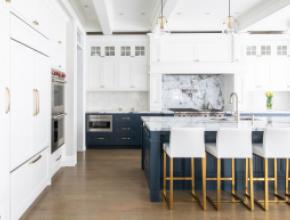